Map is 1000 miles long and wide. In general, do these placements make sense?

and if I can make the northern coast more rocky and full of islands -- plateaus and whatnot.

This is a zone of safety for people, a haven protecting them from West & South. Perhaps 1-2 million people living here split between a few ruling faculties. 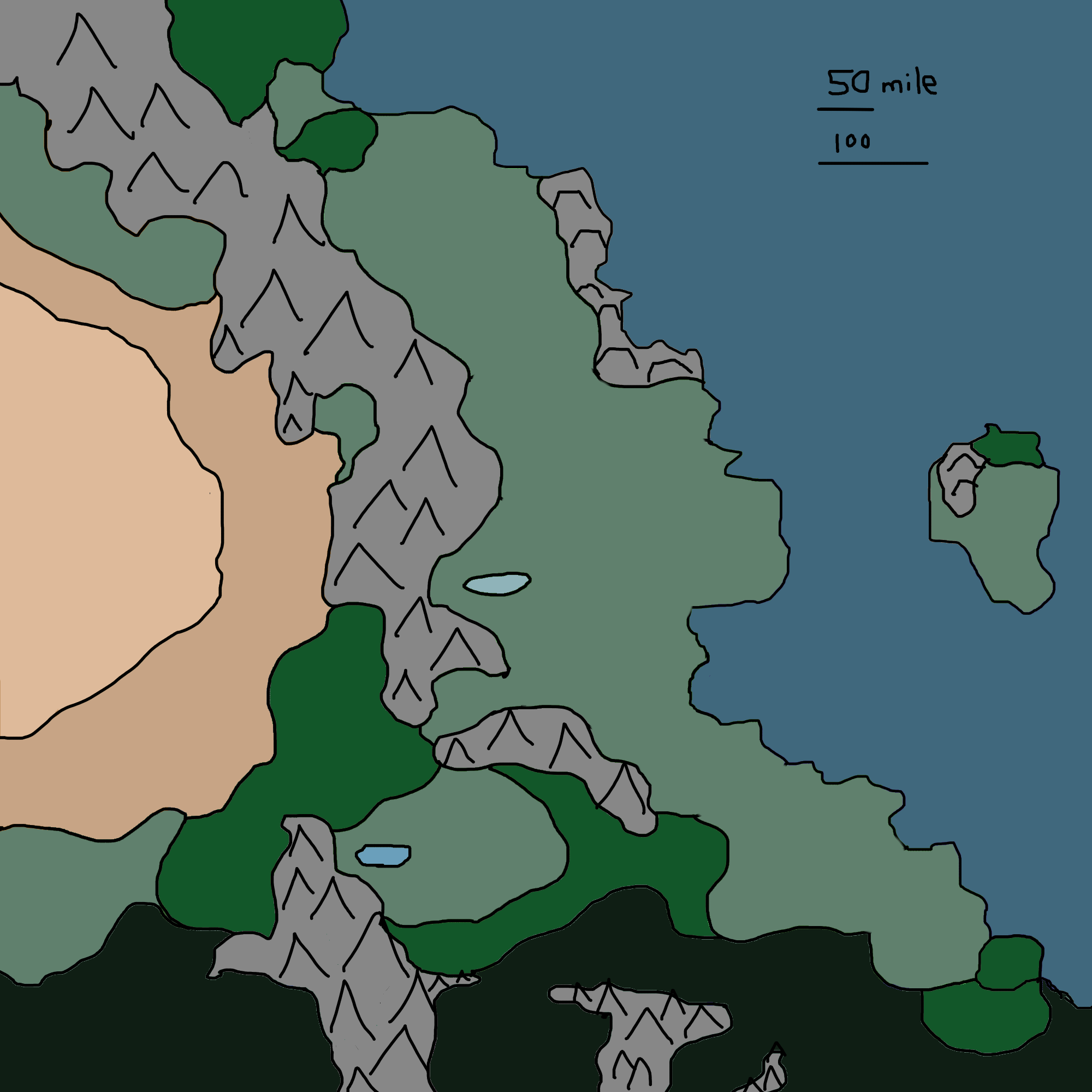 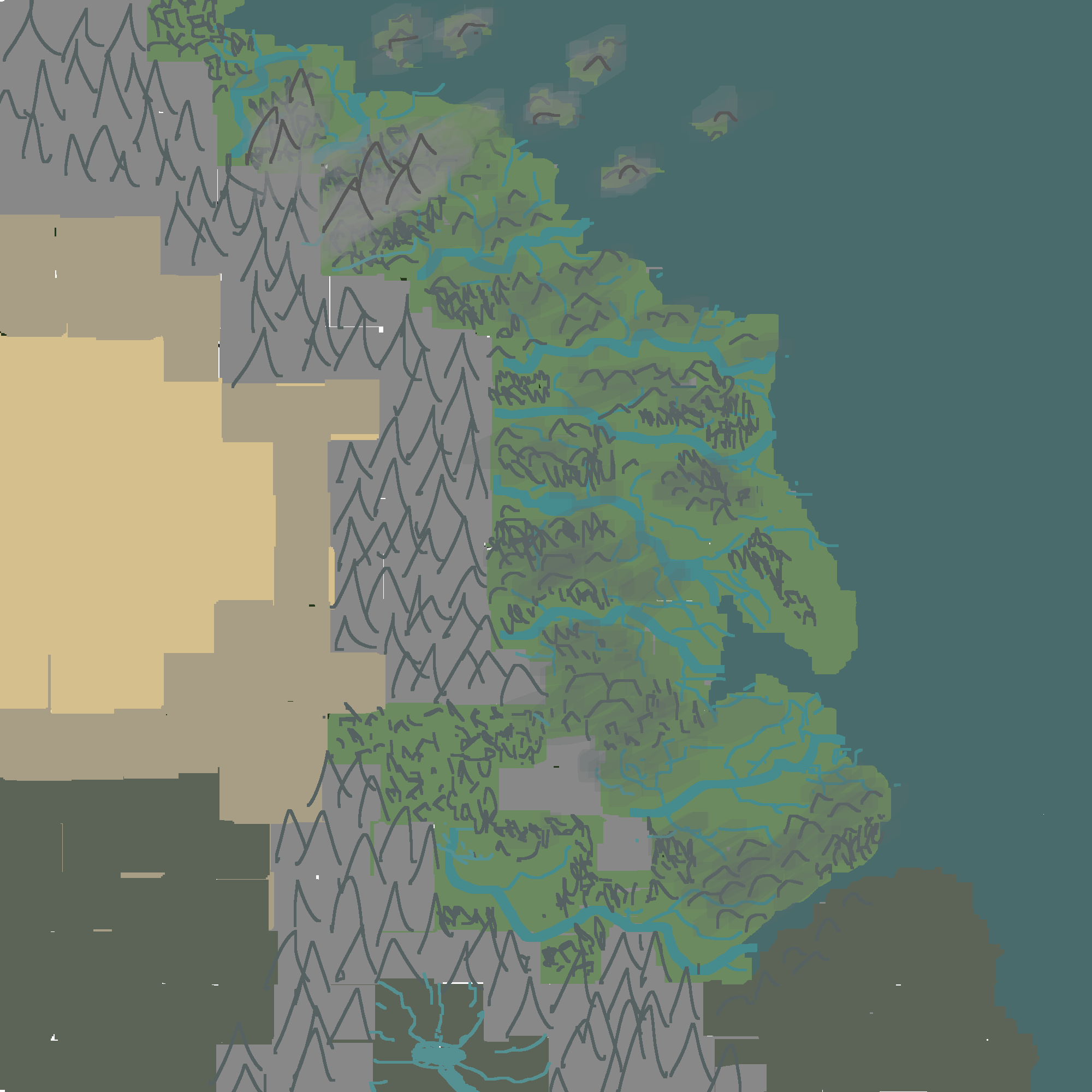 where volcanoes would be?

Volcanoes are usually placed at the borders of tectonic plates. You can have rift volcanoes where two plates diverges (the African Rift Valley is an example), or subsidence region, where on plate sinks below another, creating mountains and volcanoes (this is i.e. the case for the Andes and for Japan).

why the coast is full of life and the west dead and barren?

Dominant winds blow from the sea on the coast, discharging their water load on the mountains. The water flowing back to the sea makes life flourish in those region, while after the mountains the dry air cannot convey that much rain, thus it is a desert.

where the equator would be?

If the dark green is supposed to be forested area, it seem unusual to me to have a desert border it so tightly in the lower left quadrant. In my experience, desert transitions to mountain or rock, or to a gradual progression of scrub, to grass, to trees.

This is typically due to the influence of some water source like a river, above ground lake or underground lake (aquifer) that feeds the plant growth from underground, but that influence becomes more attenuated with distance from the water. So forests need a lot of water; then when there isn't enough to keep them alive grasses and small woody bushes can still survive, at a further distance those become fewer (this is scrub land), then the parts that get no reliable water at all (meaning a plant may go several weeks without a drop) become desert. (Cacti and other plants that can store water in their leaves or roots may survive.)

In addition to the above, you also have geological hot spots (Hawaii and I believe Yellow Stone) which are the results of pockets of geological activity below the plate... the place where they breech is constant, but it's the plate that moves that causes the change (the Big Island is currently seated over the spot where the rest of the Hawaii islands once were and is the only active volcano in the entire chain).

Yours looks like it could be related to oceanic crust sub-ducting under continental crust (take a flipped negative of California with respect to the pacific ocean). This could give you the problem of more Earthquakes and Tsunamis in your coastal regions as a more immediate danger... and with Volcanoes you'll probably go long periods of dormancy followed by one big bang that will really mess up the local area (see Mount St. Helens) and you're not going to get a them with pools of bubbling lava and smoking cones (Hawaii does have the former, but it's a shield).

Not the answer you're looking for? Browse other questions tagged geography weather or ask your own question.

3
What would be the major weather patterns on this map?
4
Oceanic logic for wind currents
7
What are the most useful projection types for my world map?
6
Advice on accuracy of world map
5
Climate Map Climate