Is my environmental map consistent? 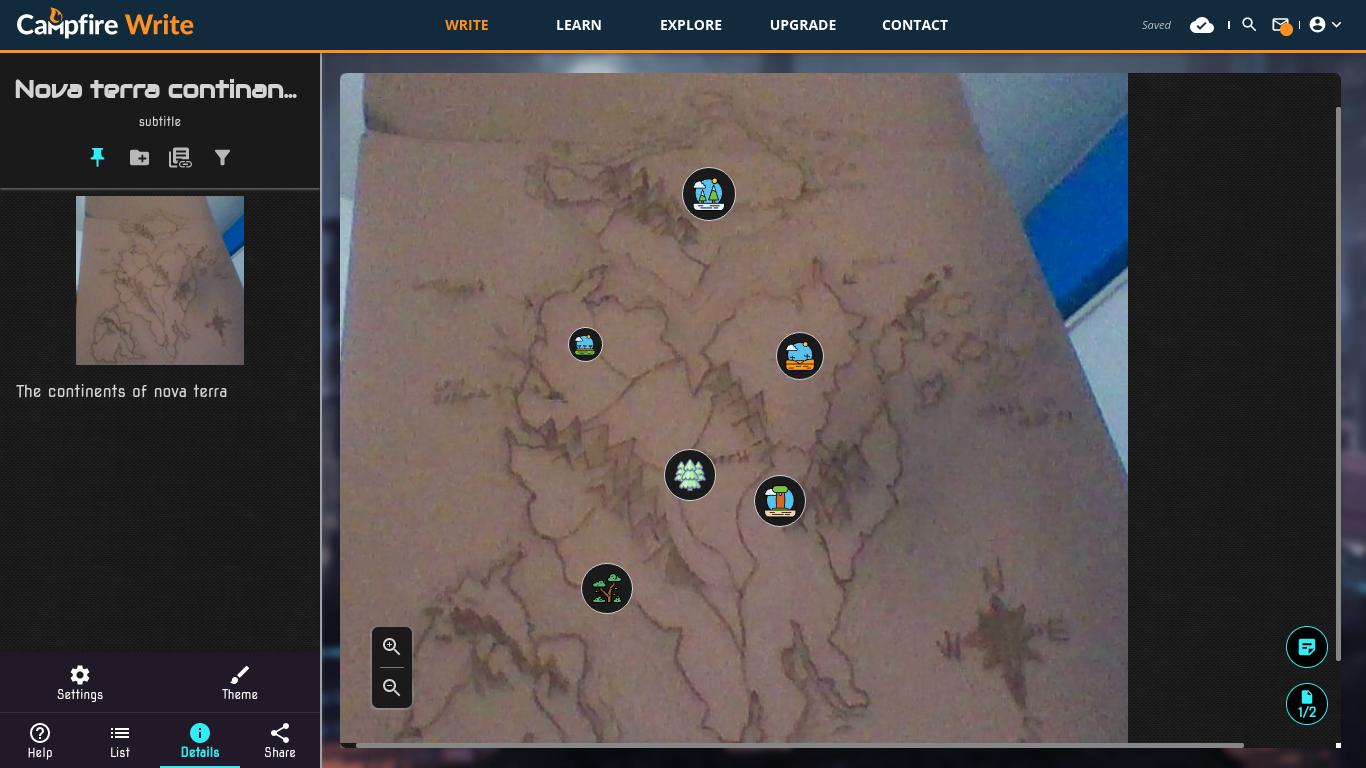 This is the map of my alien planet's continents and I want to know if the environments are accurate.

The symbol at the top is the Arctic island. It's like Greenland and has some greenery or should I say yellowery but is mostly frozen and covered in snow. It is above the middle equator of the planet. The one in the middle of the equator and middle of the super continent is a jungle/forest. Do these normally happen in the middle of a continent? The one next to it is a savanna, and the one above it with the orange is a desert. And finally the one at the bottom-left of the continent is a swamp or marsh, and the other one on the left of the forest symbol is a grasslands.

Would these be accurate? and What would the bottom of the supercontinent where all the rivers meet be? I imagine the lower level being eroded by waves and frequent storms.

The pyramid-looking things are mountains and not pyramids.

The conditions of my super earth for help-The atmosphere of the planet has 30% oxygen (if this is too much then i will take it down to 25% to avoid global fires). Argon is 0.92% and nitrogen is around 65% and there's like 0.1 percent of other gases like carbon dioxide,methane and water vapor. The average temperature is between 59 and 49 degrees Fahrenheit. The average humidity is around 57% while the highest could be around 60° on a hot season, but it's not 60° the whole planet.

Since nobody knows the conditions on your planet - temperature, humidity, wind pattern, size etc. - who is to say if your deserts and jungles are on the right place?

Generally on Earth the center of the continents is more likely to be desert than jungle. But that is certainly not true for South America, which has the Amazon, the largest rain forest on Earth, in its center.

In the Mesozoic, when there was one supercontinent, Pangaea, the interior of Pangaea was all desert and lush forests were at the coast. However, at that time it was much hotter than today. The planet was in a "hot house state" (there were no icecaps), so deserts could form easier. When, due to climate change, global average temperature becomes as high as in the Mesozoic, the Amazon will have collapsed and turned into grass land and then into desert.

Your planet does have ice caps, at least it has glaciers, which suggests that it is in an "ice house state". So I guess you can have a jungle in the middle of the continent.

On your planet wind patterns could be such that they blow between the two mountain ranges and bring humid air from the southeast or northwest to the center.

But in this case it does not seem likely that the jungle is on both sides adjacent to grass land /savannah (isn't that the same?), both to the southeast and to the northwest. If I were an interstellar probe exploring an alien planet and would encounter such a constellation I would be puzzled. Where does the jungle get its rain from?

I suggest these changes 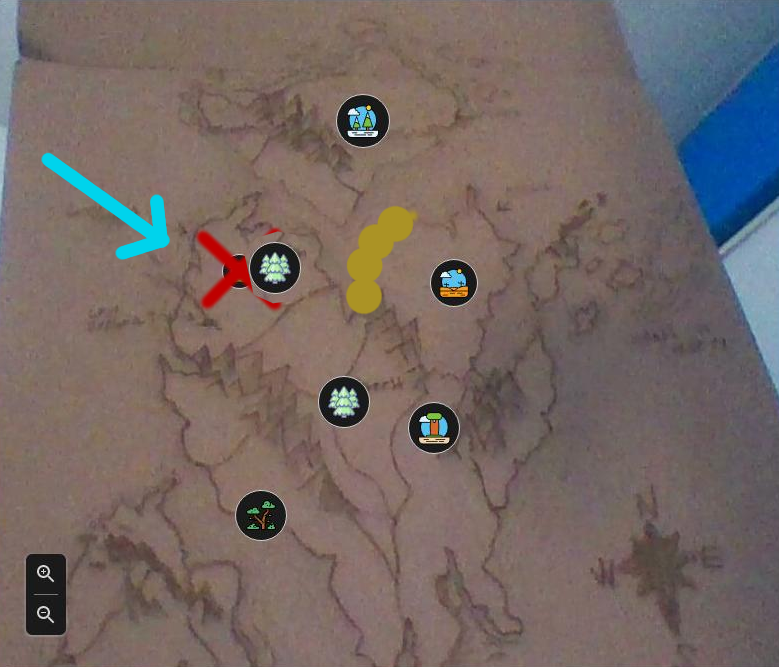 The grassland becomes jungle. The Blue arrow is the wind. The brown parts are extra mountains.

Typically jungles are on the coast. The wind carries moisture from the sea that feeds the forest. It goes ocean, forest, grassland, desert. If there are mountains blocking the rain you can go straight from forest to desert. Look 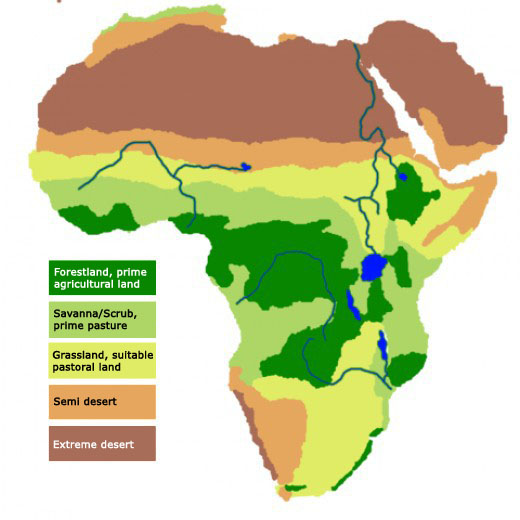 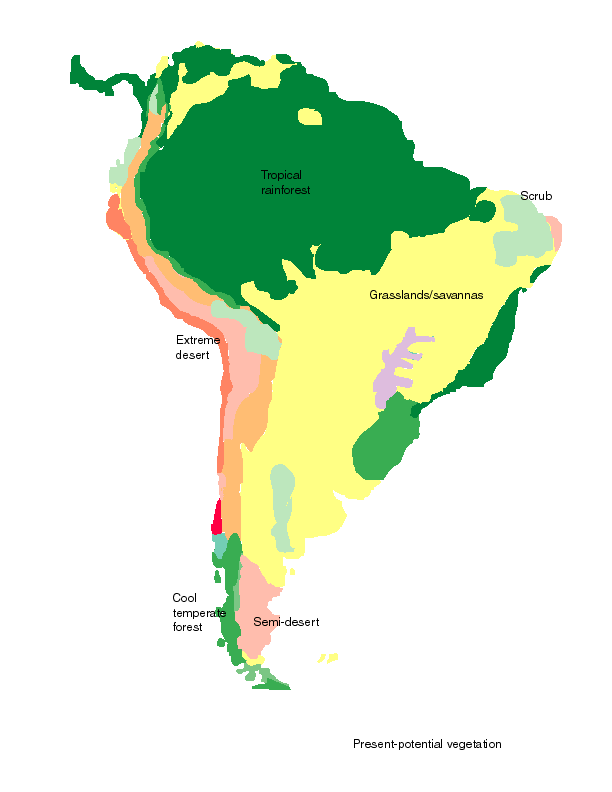 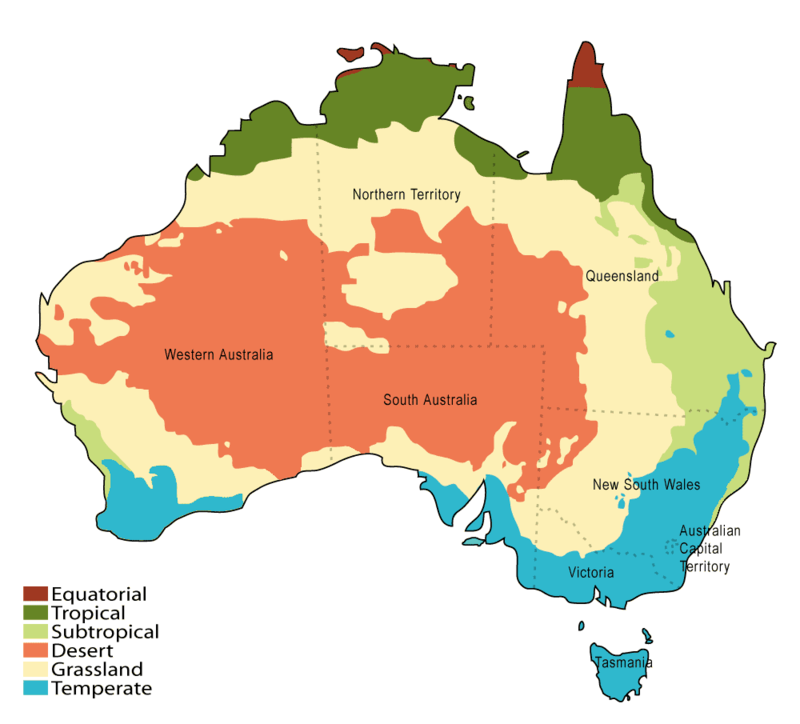 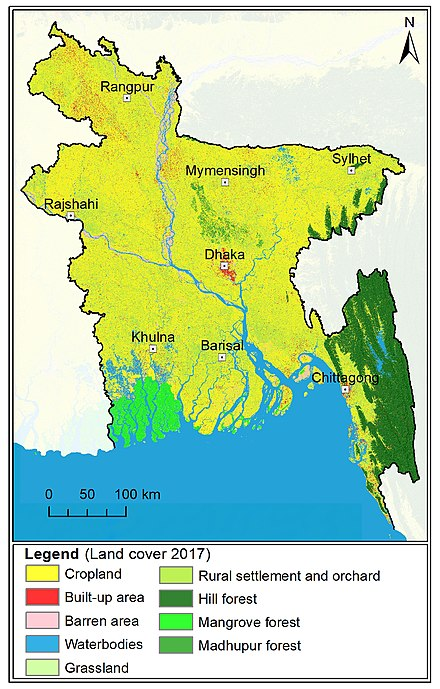 The changes work because the jungle is fed by the wind (blue). Add mountains (brown) on the border of the desert to stop it turning into a jungle.

Here is another option: 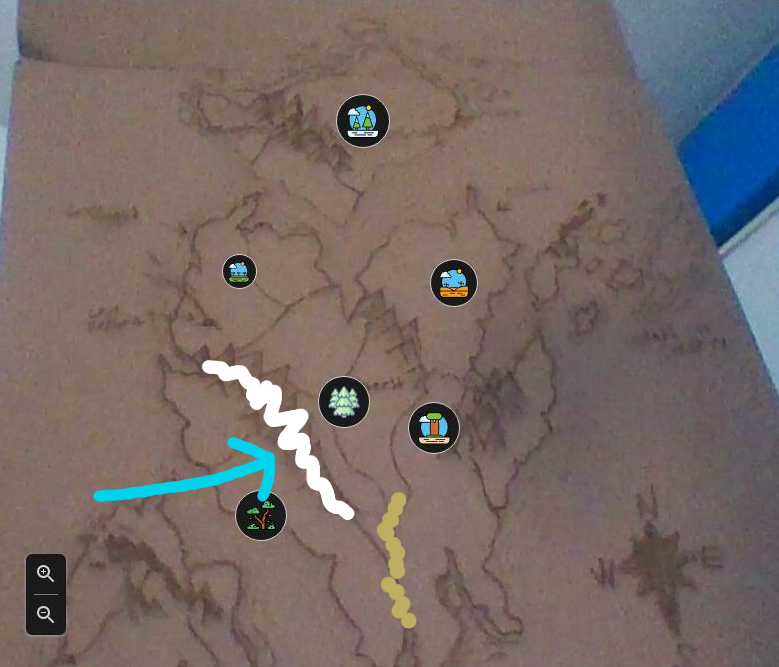 Remove those mountains. Then the wind creates the jungle. But near the coast there is too much moisture and we get a swamp instead. Chuck in some mountains as the boundary of swamp/jungle/sananah.

Due to Hadley cells, most of the worlds deserts are all at 30 deg N or S. You can see it on a world map; put your finger on the Sahara, and travel due East or West. You get an inordinate number of deserts. I'm struggling a bit with your icons (tiny screen here), but make sure your deserts are at 30 degrees latitude, not at the equator. Yes, this would hold for other Earth-like planets.

Not the answer you're looking for? Browse other questions tagged reality-check environment geography weather map-making .

1
Is this an accurate environment for life on a super Earth speculatively?

12
Centralised continent, with sea/wind currents?
22
Are tropical fjords possible?
2
Boiling Underwater Layer on an Ocean Planet
11
What would cause termites to be the dominant herbivores on a savanna?
4
How would a 384 hour day/night cycle on a desert planet affect the weather?
2
Does my climate map work?
7
Could a planet have a single source of wind?
6
Advice on accuracy of world map
5
Is The Climate Map for My Alternate Earth Accurate?
1
Is this an accurate environment for life on a super Earth speculatively?