You see this little planet? Is a planet roughly the size of earth, just slightly smaller circumference by 50 kilometers and a smaller gravity of 0.8g with little variations around the world, just like on earth. Apparently there is nothing too strange about this planet, for now.... 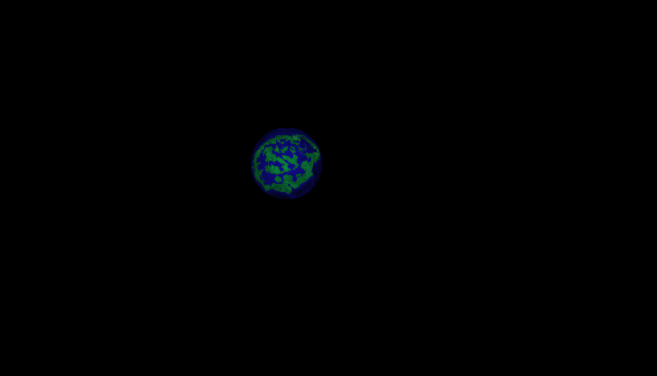 Looking closer you can notice this unusual geography shaped as a lake of freshwater separated from the salt oceans by a structure of land barriers. This lake has also some large isles inside which suggest they could be separated continents. But, that's not the case. The entire land is on the same giant tectonic plate that occupies roughly half the surface of this planet, so it's on the same titanic continent. 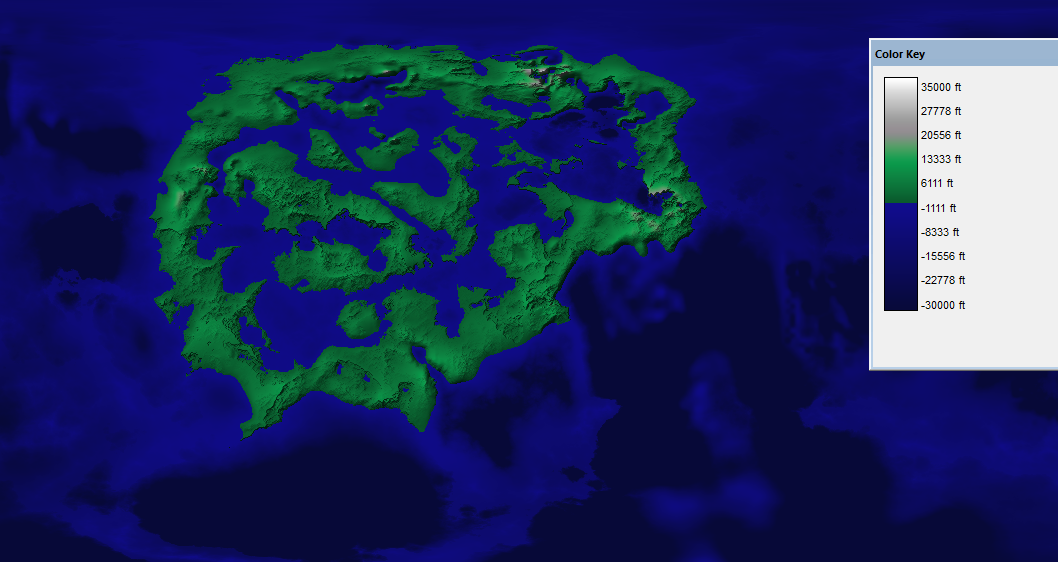 What I want is to achieve a perfect stability for the land continent, the oceans could be as chaotic as possible, I don't care. I just want the shape of the land to remain unchanged until this planet gets either destroyed by the end of the universe or by a sun and planetary collisions. Anyway, again the giant lake has to remain eternally unchanged, the lake and sea have also to never meet directly.

So how would that world achieve this shape permanently in a natural way?

♦If needed the giant land-lake tectonic plate can move around the world but not change shape.

The short answer is, it can't. You've posed a question over an astronomical time scale and you've entirely ignored that on any planet with free water, that's not boiling into space due to lack of atmosphere, water driven erosion processes take place over tiny time scales compared to the life of a star.

Orogenic processes involve collision of plates which you've excluded by saying the continent is on a tectonically stable plate (which again, doesn't mean much over astronomical time unless the planet's core cools and tectonic processes cease which they could easily do since your planet is smaller than Earth and Earth's tectonic activity will probably be gone in another 1000 million years). In a time span of a few hundred million years even the 35 000 ft peak is going to be eroded to sea level by wave, wind, rain, snow etc.

In another 1000 million years Earth won't have oceans on it anymore so neither will your Earth-like planet.

Then there's the question of where ocean salinity comes from. It comes from weathering of rocks. Lakes aren't saline because they are being continuously flushed by fresh water from rivers which are filled by rain which comes from evaporated water. That water ultimately flows into oceans, the lowest point. You don't actually have any lakes, the "lake" is actually one of two low points into which rivers flow. You have two oceans, separated from each other by a ring shaped land mass. Both bodies are saline.

On an active planet, a large land plate will break up via a negative feedback mechanism: it allows heat build up below because heat escapes at the rifts and thinner ocean plates.

A large ocean plate might be more plausible if it has volcanoes but doesn’t rift.

However, your land will wear down and the barrier will collapse. What mechanism keeps renewing the land height if it's not due to techtonic activity?

Maybe it can be a ring of volcanoes around the edge of a plate, but the plates don’t move.

Simply have the planet not be tectonic. If the core has cooled and the crust thickened then you can still have a magnetic field but the crust has fused into one single huge plate. You might have isolated hot spots for volcanoes but no plate borders.

The very nature of plate tectonics says no, but so does a world of water.

Second reason here is water and weather. Waves crash and pound, rain and wind slowly erode...eventually all this land is slowly going to be brought back to the oceans. No mechanism to push this back up = no way this is remaining unchanged.

Planets inherently change over time. Give some research on Laurasia or Gondwana, the precursors to Pangaea, to get an idea of how much this changed in Earths history (I doubt you'd even recognize the world 2 billion years ago). Also remember that our current continents will once again merge in a few hundred million years and become yet another Pangaea. Something remaining unchanged over all time is the most unrealistic thing you could ever have, a magical wizard named Hal is about the only way you can get away with this.