Any advice on what is a realistic way to use plate tectonics to create landmasses and barriers?

Recently I've taken it upon myself to create a brand new fantasy world. I created fantasy settings in the past but this is the first one with such a strong emphasis on realism and staying true to our worlds laws of physics etc. Normally when there's a problem on which I'm not knowledgeable, I'd ask one of my friends who studied the subject in university for advice. However in this case, that's not possible as there aren't any geologists I know. Here is what I'm struggling with:

I wish to create some form of natural barrier that will make intercontinental travel neigh impossible. Please give me suggestions on what could cause it.

No idea which info will be useful so I'll try to give a rough idea of where the continents are and their size: There are 8 continents in the world, or 7 depending on how we're going to be counting (I'll explain a bit later because it goes back to one of my ideas). The landmasses and the world will be smaller than our world, also the continents positions are very loosely based on our real world (The next four continents I'll talk about are all around the same size do 1.5m km2 or 580k mi2). Let's start with the most important two continents, I'll call them the Twins for simplicity's sake, they are close to each other and are positioned sort of where the Mediterranean is in our world. The next is north west of the twins (it's roughly where the UK is and it stretches into the Atlantic), Then there is one to the north (around Scandinavia). While the landmass will be the same as the other three, the idea was to have land in the south while the north was completely submerged under glaciers kinda like Antarctica. The 5th continent is to the North East of the Twins (kinda where Moscow would be, stretching towards Northern-Asia) and cover around 10m km2 or 3.9m mi2. The 6th is to the East (around where central china would be and stretches south towards Australia) it covers an area of around 7m km2 or 2.7m mi2 though there's supposed to be a bunch of large islands there as well making the landmass closer to 10m km2 or 3.9 mi2. The 7th continent is to the south of twins (around the equator where Kongo is) it was planned to be around 8m km2 or 3m mi2. Finally the 8th is to the west of the Twins (kinda obvious by now, it's supposed to be like a mini America so it'll be positioned around central Mexico) it's going to be 8.5m km2 or 3.3m mi2.

So the Twin continents are supposed to have a sea between them that's calm and easy to cross. The eastern continent is also supposed to have relatively calm waters so that it's easy to travel between the continent and the islands though everything outside those two instances should be very difficult to navigate. I've done some research on the subject and had some idea's about tectonic plates smashing into each other but I don't feel like I'll be able to come up with an explanation detailed enough as someone who knows the subject. Maybe the Twins are actually on one tectonic plate, or are one continent with a portion of it submerged making a shallow sea that allows travel. I've thought that maybe there would be something different to a mantle that made the continents float and the buoyancy would make tsunami's. I thought that possibly the moon could have something to do with it or that ocean currents/winds due to the planet's size or continents size could cause very harsh oceans. If anyone has any idea's and is knowledgeable about the topic please let me know your ideas, go into as much detail as possible. I'd also be happy to discuss this with someone over discord or anywhere else if anyone is willing to. If there are any questions please ask, I'll do my best to answer them. Much of what I said is malleable, I'd love reading some cool idea's, thanks in advance.

Edit: @JBL I'm new to this site and couldn't find a way to message you directly with the answers to your questions. There's also the possibility of me being blind though.

A: There is a map for the twin continents !https://imgur.com/U5Sm3rW but I plan on changing it in the near future as this was an early draft and I have some different ideas. If it helps I could send the altered version along with other continents.

B: I'm not trying to completely remove the possibility but I wish to make it very hard. Travel between Twins should be easily accessible as it'll be crucial to the story but all other places should be isolated from one another.

C: I'd say around the late Renaissance period, magic exists which means technology doesn't advance the same way it would in our world so they don't have gunpowder for example but all in all it'd be around there.

D: Not completely impossible, just difficult enough to where no one has succeeded but even when someone does it won't be beneficial to keep traveling between them, around a 0.01% success rate and maximum 10% when someone knows the routes. This is why I said neigh impossible.

E: Pretty sure I'm doing a terrible job at explaining this, plate tectonics were something I thought of but it could be anything else, I'm open to suggestions. Assuming we stick to plate tectonics then yes I'm more so looking for an explanation as to why/how they act the way they act. This is also why the map isn't designed yet because if it doesn't correlate with this explanation/tectonics/currents etc. then I will have to alter it.

By the way is it legal to plug my discord account or facebook on this website? Pretty sure this would go a lot faster and would be easier to explain if people dm'ed me.

@Benjamin Hollon The barrier is supposed to be the ocean just much harsher than any of our ones, in what way though is part of the question. Mountains rivers etc. will exist of course but I feel like they are micro obstacles that exist within each continent, highest mountains won't be any higher than Everest, longest rivers won't be longer than the Nile etc.

@Qami Thanks a lot, I'll give it a read in a moment.

The doldrums were areas of ocean where there was often no wind. They could not be traversed. Taylor's awesome poem describes a sailing ship caught in such an area. "Boring!" you blurt? "How can I make the doldrums exciting?" Read the poem for ideas. It is creepy. 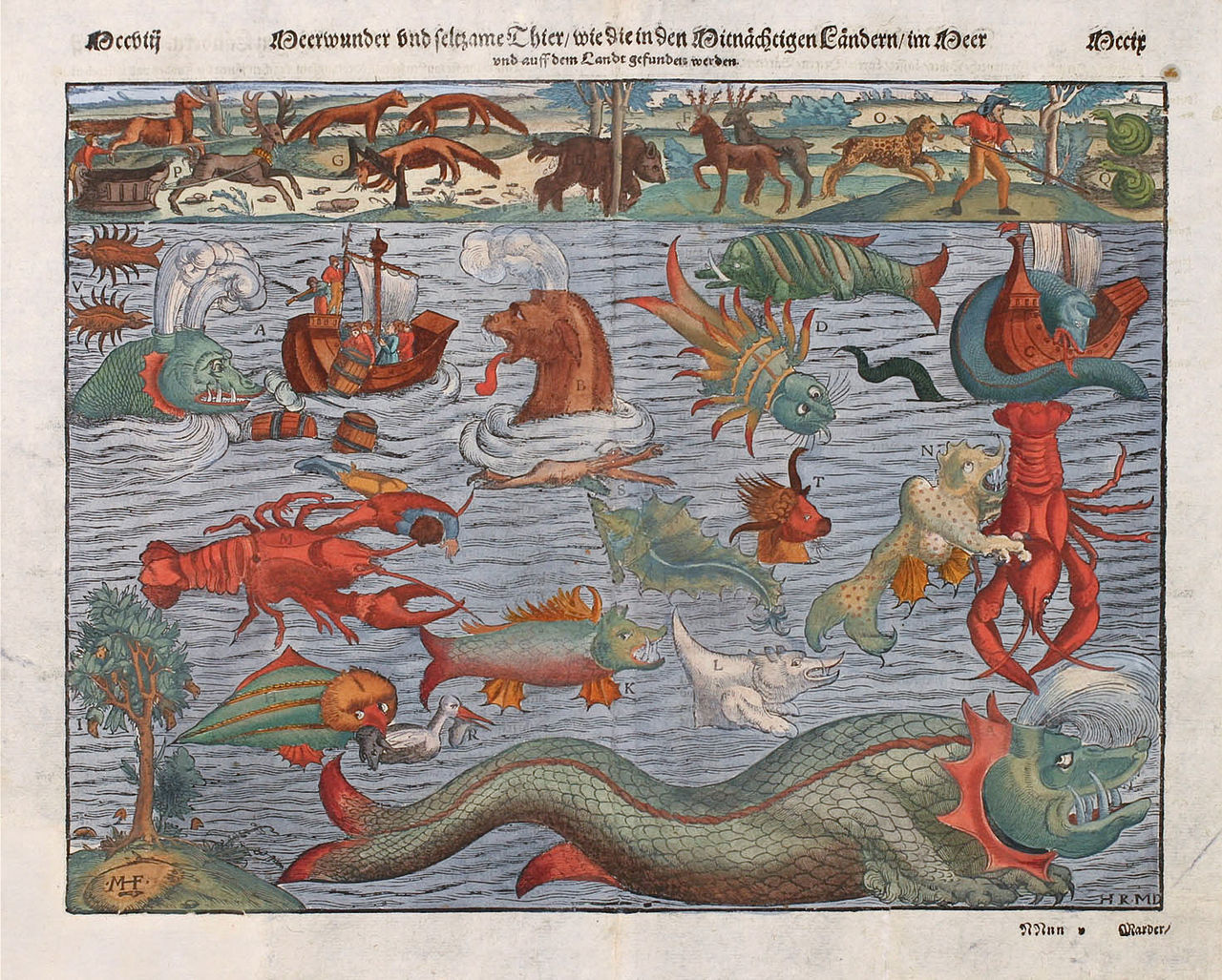 Tried and true method to make it hard to get across. You might need to know the special tricks for each kind of monster, Odysseus-style. More exciting than the doldrums.

Maybe currents could cause whirlpools, blocking maritime trade like a minefield blocks roads.

I am not well versed in this, but I have two suggestions -

Look at the youtuber artifexian, who has made videos on how to make the geography, plate tectonics, etc, for a fantasy world -

and then additionally, he has talked about the program Gplates, that can assist you in plate tectonics.

I can also assist you in sharing this site: https://davidson16807.github.io/tectonics.js/

It simulates a globe and plate tectonics. I'm sorry if that's not giving you the exact details you want. I hope however that it can point you in a good direction.

Not the answer you're looking for? Browse other questions tagged geography geology geophysics .

5
All the rivers run west
22
Are tropical fjords possible?
8
Tips for Improving a Fictional Map's Coastlines
6
How do I realistically portray continental drift on my map?
21
What would it take for an island to sink and rise yearly and naturally
11
Drawing Maps; flat distortion
5
What needs to be changed about the plate tectonics of my world?
2
Are my plate tectonics/land masses realistic?
2
Continental drift of a planet over 900 million years