Keratin wings: would they work?

Bird wings are made mostly of feathers, and there's about a million articles out there on that subject. Bats, on the other hand, have wings made largely of skin and bone. These are flexible, giving bats incredible flight capabilities, but extremely fragile: a paper cut would rip a gash through them.

What I'm trying to figure out here is fairly straightforward: could a creature have working wings (meaning here that they would allow the creature to fly under its own power) made up primarily of keratin? If so, what would be the major benefits and downsides? More durable wings seems obvious to me, especially if they end up like pangolin scales, but that wouldn't be the only effect.

For the purposes of this question, this needs to be a biologically plausible creature; picturing a modified bat is convenient, but you're free to imagine something else if you prefer, even a dragon! Although not strictly necessary, bonus points if the answer also covers how evolution might lead to developing these keratin wings, and double points if the whole creature ends up armored like a pangolin wings and all.

Edit for clarification: I didn't mean "keratin" in the sense of feathers, since I'd managed to forget that particular fact (quite embarrassing). I was picturing more of a bat wing, but something harder and solid, either in scales or as a single piece. I am aware that this comes with a weight cost; if it's flatly unfeasible (not just more energy-intensive, which would fall under disadvantages) for a creature to fly with such wings, that does (regrettably) qualify as an answer.

Well, keratin is one of the key proteins found in skin, hair, horns, feathers, etc. So basically, your average bat answers the question pretty well (thin skin wings), and your average bird even better (feathery wings)!

Bird feathers are about 75% keratin; and they have been flying like pros for a few years now, so clearly their keratin based wings "work". Keratin is present in the epidermis, but not to that great a degree. In a bat's wing, there is also muscle and vascular tissue, nerve tissue and the like that is absent in most of the feather.

Pangolin scales probably would not be very suitable for the wings of a flying bird, at least not completely. Large heavy scales would mean most likely that the bird will be flightless, and would thus be using its wings for purposes other than flight. Fighting or hunting maybe? Just imagine one of these bad boys with thick keratin scale armour! --- 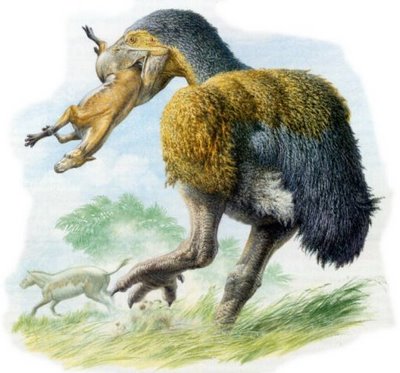 I would imagine a hybrid creature: keratin feathers on the body & wings for flight as per normal everyday birds. But reasonably thick keratin scales in key areas: bird legs already have keratin scales, but perhaps make them a little larger for fighting; integrate some scales along the forward surface of the wings and perhaps along the crest of the head for display and defense.

The key constraint here is flight, and I think you'll not really be able to do much better than feathers if you want to keep your birds flying! Working wings can be used for so many more things than just flying, but weighing them down with heavy armour will defeat your basic premise.

In light of the question edit, I might also posit a more "leathery" bat wing: still relatively thin and pliable, but with thin keratin sheet-like scales. Have to be careful, though, because the internal structure of a bat's wings allow their skin and tissues to fold in certain ways which we don't want to mess with. Bats use their wings for purposes other than flight, such as climbing, creeping on the ground and fighting. Some (slightly) heavier keratin scales might serve this animal as a bit of extra protection. Tougher wings, though after reviewing a number of bats fighting videos, I am not actually convinced they would get much benefit from the extra armour!

Yes, and it need not come at the cost of extra weight.

Consider insect wings. They are made of chitin, the same material that forms their exoskeletons. It's hard and scaly, but insect wings are not heavy, because they are thin.

Keratin is slightly less dense than chitin, so the wings could be sturdier than the typical insect wings and still not be too heavy.

What kind of creature might have such wings? Well, the obvious answer is alternate-world insects that use keratin to build their exoskeletons instead of chitin. They would certainly be armored head-to-toe, just like real-world insects and pangolins! And they needn't even be particularly small; ancient dragonflies got downright enormous. They just need enough oxygen in the air to support that growth.

But starting from something in the real world, wings made of hair might work. One could imagine a particularly fluffy creature that doesn't develop skin-flaps like a bat or flying squirrel, but is small enough that it gains some protection from falls due to being so darn fluffy that its fluff actually significantly increases air drag, reducing terminal velocity. At the next stage of evolution, flattened, matted hair, serving a similar role as a flying squirrel's skin membranes, might provide greater control over falling / gliding. And from there, you might eventually get to something that is able to grow orderly sheets of keratin from its arms, similar to a single enormous bird feather, composed of specialized hairs with micro-barbs that allow them to lock together. This wouldn't be particularly extra-durable, but would have the advantage of painlessly and repairably deforming against stresses that would severely injure a bat. Just like the vane of a bird's feathers can develop breaks, but be repaired by proper grooming to re-attach adjacent barbs, this sort of single-feather wing could separate under strain, but be easily joined back together again afterwards.

11
Possible material for dragon wings
3
Could a creature use reptile scales to fly?

12
Could you make Bat wings shaped like the different kinds of Bird wings?
12
Could a hexapodal bat actually fly?
11
Possible material for dragon wings
6
Air bladders in bat-like skin wings for better lift?
4
Humanoids with wings, how do they take off?
8
Scaling up the bat wing: still a good alternative for a large flying animal or inferior to a pterosaur wing?
4
Best place for wings on a dragon-eagle
1
Might this animal be able to fly?
3
Could a creature use reptile scales to fly?