Humanoids with wings, how do they take off?

Remember when I said that flying creatures are a nightmare to design?

Well, looks like dragons and gryphons were just the beginning, we still have two other species to cover, and they're worse.

Humanoids with a separate pair of wings- Be it angels, dragon-like humanoids, or bird people, they don't look like any other flying creature, therefore I don't have a clue how they'd take off.

On paper, they have six limbs, the extra pair being the broad soaring wings. They're located under the arms and towards their back. I leave the details at that for now. 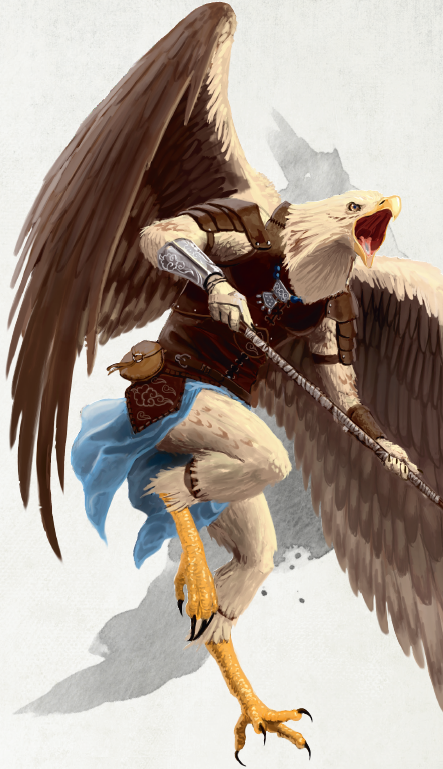 Well then, let's assume we managed to get the right mass fractions (large fliers need 20-25% of their total mass to be their flight muscles), and with the help of tissues made of flexible biogenic aerogel, they have protection against blunt force trauma to a degree, plus it makes them look bigger without adding weight.

Okay? Well then, assuming they can fly under their own power, how would they take off to begin with?

There are essentially three possibilities. If the wings are small enough they can just start flapping (this seems less likely). Otherwise they would either need to run into the wind like the sand crane does OR jump off of a high enough spot to gain speed to generate the lift required. As far as I can see it those last two could both be done by winged humanoids because they would have the leg strength and stamina to perform a running take off and leaping off a cliff or building or similar could be done quite easily. Long story short they need a running start or something to leap from.

6
A dragon, a gryphon and a tengu are flying toghether. How can they actually communicate?
0
Assuming the wing is strong enough to handle the forces, would allocating wing area towards the tip of a creature's wings help with flapping flight?
20
Would an evolutionary predecessor for winged quadrupeds start with four legs and gain wings? Or start with two legs and wings and gain extra legs?
4
What's the scalability of this flying strategy?
6
Unique take-off strategies for six-limbed creatures?
2
Genetically engineered tendons that can store and quickly release a lot of kinetic energy?
1
Using winged-quadruped anatomy for many-winged fliers
8
If a hawk-person teaches a peacock-person to fly, what kinds of maneuvers will the peacock-person be capable of?