Would it be possible to hide a spaceship for 30 000 years in a cave on Earth?

I'm writing a novel, and my protagonists are going to find a small spaceship that was placed in Europe during the arrival of the first humans in Europe. The Neanderthals would have still been there.

My idea was that the cave was situated close to some mountains and during the ensuing ice age and glaciation, erosion of the mountains buried the ship.

The ship can produce mining and repair drones and recreate any part of itself via advanced 3D printing.

Is it possible that it could still be working after 30 000 years while there was a 4+ meter layer of earth on top? (The drones were able to retrieve enough water to fuel the fusion reactor.)

I would also need a explanation as to why the drones wouldn't have removed the dirt on top, but why they were able to when the ship reactivates - or another means of freeing the ship.

The ship is approximately the size of a large airplane, and approximates the shape the B-2 stealth bomber. 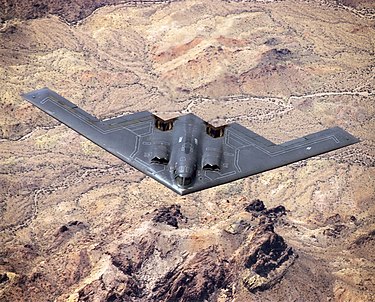 As it stands, my thought process was that the drones were set to minimal-effort repair and maintenance, and removing the dirt wouldn't fall within the purview of those instructions, but I am open to suggestions. 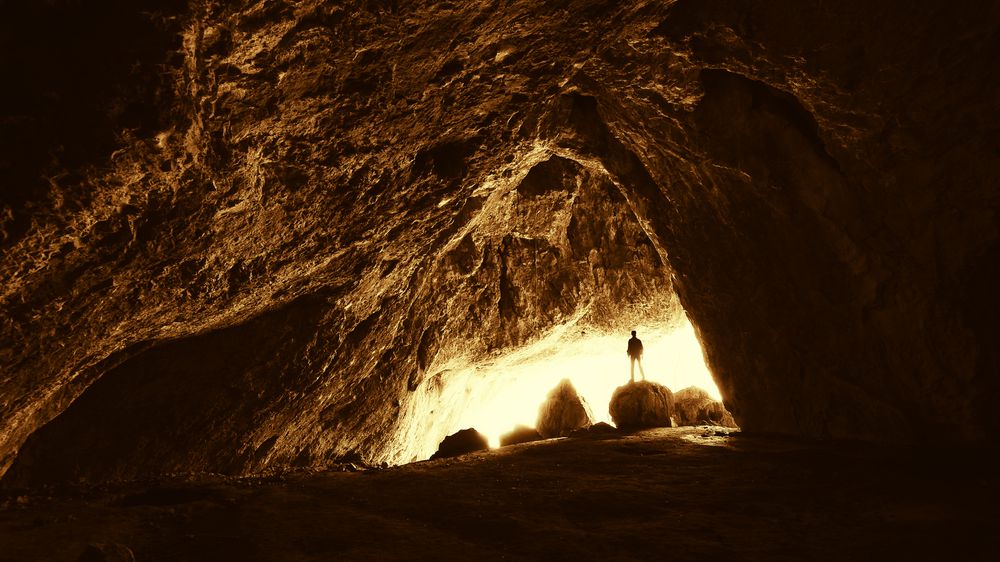 Chauvet Cave in France is from the dates you want, about 30,000 years ago. This cave has some of the best preserved cave paintings ever discovered. They are well preserved (and undiscovered) because a series of rockslides closed off the main entrance.

The collapse of the cliff and the sealing of the prehistoric cave Evaluation by means of 3D data of the volume having fallen from the cliff, compared to that of the scree which conceals the cave, emphasises that the collapse of the cliff which dominated the prehistoric porch was the sole cause of its closure. Geomorphological surveys of the scree and the area of the collapse have suggested that the sealing process occurred in three stages. Cosmogenic dating carried out in the area of the collapse has enabled the dating of three phases of collapse: around 29,400, 23,500 and 21,500 years BP. Comparing these dates with those for charcoal and bone indicates that the first collapse marks the end of the second period of human occupation (Gravettian), while the end of animal occupation follows the second collapse of the cliff (23,500 years BP). The final collapse definitively sealed the prehistoric entrance.

People think there might be other similar caves in the area. Your ship is in one. The rockslides did not land on it, but sealed it in. There is plenty of water in the cave and the drones have maintained it as you say.

The ship can last virtually forever, because it regenerates like a living organism. There is no point in removing the dirt, because the dirt is irrelevant. Far be it, the ship may be intelligent and know the dirt is cover. But it has programming and instructions, and it simply doesn't need to do ANYTHING until the conditions of it's programming are met, other than survive. With essentially infinite power, and assumedly the ability to obtain raw materials from anywhere (groundwater has minerals, elements, etc.) why would a ship ever move?

Since the ship can be treated like a living metallic organism, it heals, regenerates and fulfills all it's needs like a plant or animal.Some plants have lived over 5000 years. Some clonal organisms are believed to be over 80,000 years old. But plants and animals have things that can eat them, and they need to obtain energy. Since it's needs are so incredibly humble (it doesn't need energy and can mine everything it needs) it could in theory last for hundreds of thousands of years until somehow all multiply-redundant systems somehow accidentally fail at the same time. While nothing lives forever, there's no reason this thing can't "live" for a mere 30,000 years.

The problem comes from what the ship is made of. Not just the outer hull but the various components. If a 3-D printer needs hydrocarbons for example your ship can't simply mine them if the rocks are granite. It is very unlikely that any single mountain range has every possible mineral that could be required.

Instead I believe a better solution is hibernation. The ship can carefully store delicate or perishable parts in suitable containers. Some will be airtight, some will be evacuated, some will be oil-filled etc.

The hull can be made of non corrodible metals or ceramics that will easily last thousands of years covered up.

When a landslide or melting glacier eventually exposes the ship, it can start to come out of hibernation again.

The ship could have crashed on permfrost. Earth was on a glacial age, so the ship would be very likely to land on ice anyway.

The last glacial period ended less than 12,000 years ago. The ship would have more snow and ice being added on top of it for about 20,000 years. If it landed atop some mountains or on a polar region, it may still be buried in the present. You could say that most of the ice it accumulated on top of it melted down but you still have a 4m+ layer of ice on it.

The snow and ice around it will provide material for the reactor, so the hollow of the cave might be the volume that the drones dug up for fuel.

Notice that, from the wiki on permafrost I linked above:

Permafrost does not have to be the first layer that is on the ground. It can be an inch to over miles deep into the Earth's surface.

So it may be that landslides have added dirt on top of the snow too.

Building on Chasly's answer. IF a device was able to do this.

Essentially, it would be an "ultra-hyper-amazing mining device".

So, it would have the (astonishing) ability to mine (completely underground) for likely 100s or even 1000s of miles in all directions ...

(perhaps sending out small mole-probe things {which would need an unbelievable amount of self-contained power} or alternately drilling/sealing/etc incredibly long shafts in all 3D directions...}

... so as to gather the various raw materials it would need.

Even if you do hand-waving about energy (so, far beyond mere anti-matter batteries, it uses some sort of astounding Inertial-frame-Mach®™ extraction of energy with physics unimaginable to us, so that it just has an insane amount of power at all times),

the whole thing would have to be an unprecedented "secret mining system" which gets the stuff it needs on a continental-scale, with a massive web of underground tunnels/whatever 100s to 1000s of miles long. (While maintaining secrecy, etc.)

28
Is there any way to truly hide a spaceship?
18
Could edible fish live in a large water tank used as a radiation shield on a spacecraft?
57
Would a fighter pilot with an invincible space ship be able to conquer the galaxy?
4
what kind of biology/evolution to create Xing Tian/Blemmye type of humanoid/monster?
5
How to hide a spaceship visiting Earth?
8
With as much scientific accuracy as possible, how would chemicals injected in one's body be removed?
3
How big should I make my space fleets?
4
How could a starship take on a planet-massed passenger without noticing?