What would the weather on this continent be like?

I am developing a world on this continent: 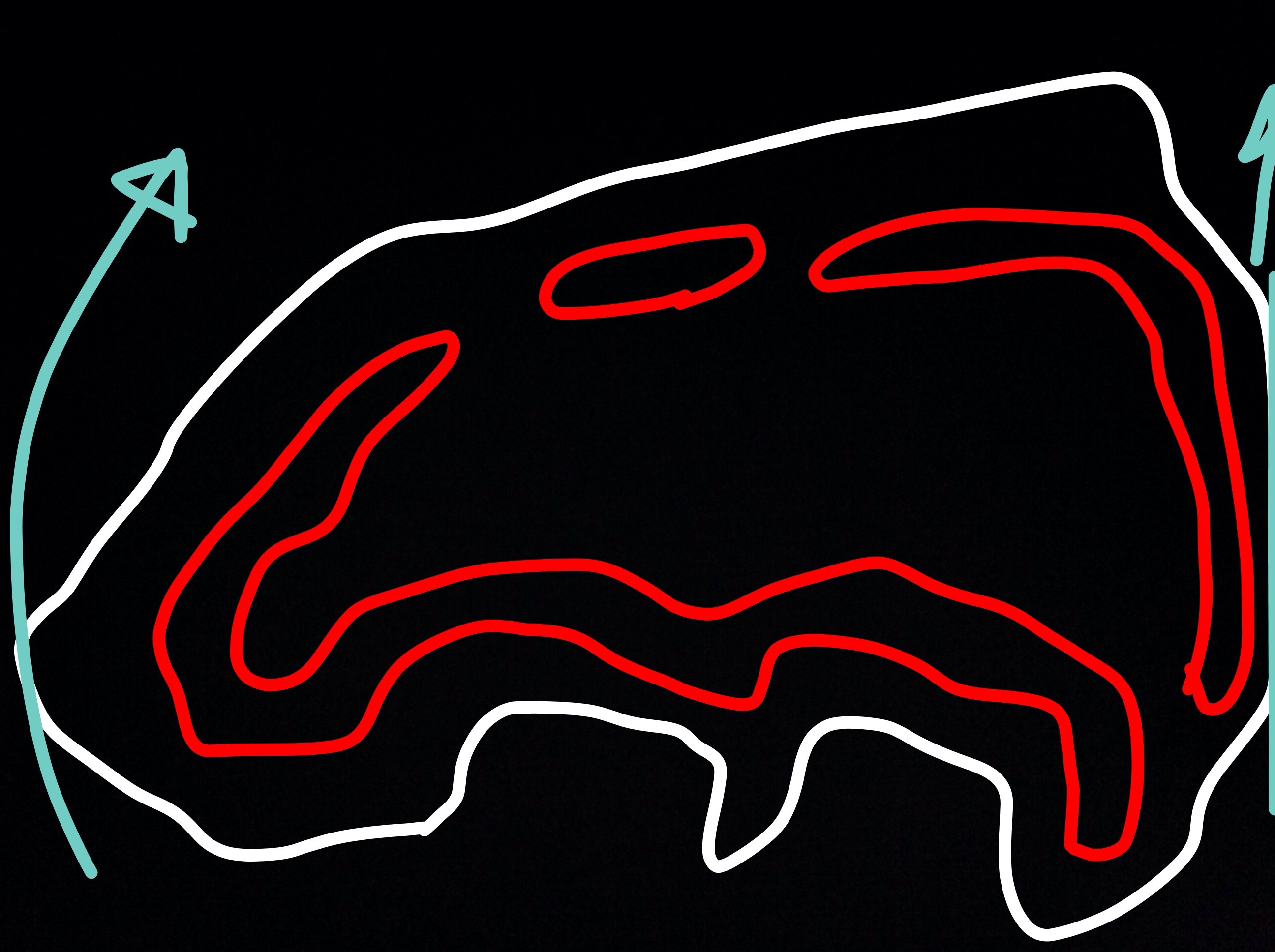 To know the world, I have to know how the weather works. Inside the white line is the continent. The blue arrows denote the flow of water. Up is north, down is south, left is west and right is east. The red blobs are mountain ranges. The gaps in between the mountains represent large flat areas of land that stretch for kilometers.

These separate mountains. The continent is in the equator and other global conditions are earth-like. How would the weather on this continent behave near the entrance/exits? How about farther inland?

The mountain ranges are probably going to stop rainfall and make the continent arid, but I am looking for a giant grassland continent with huge distances separating a few small woodlands. The gaps are there to allow moisture in and I need the mountains to limit global communications as this is a medieval world. Would this achieve the desired effect?

The continent can be compared to North America in the size department. The mountains are roughly the size of the Himalayas.

I'll take a stab at this. I'm not a climatologist, and it's hard to make an educated guess because there's nothing at this scale ringed by mountains on earth. How did these mountains come to be? What kind of tectonic activity could create this type of landmass?

These will be generalizations, because obviously many climates exist within a three thousand mile radius.

At Sea: The Doldrums. Around the Equator there's an area of low wind, where it's very humid and the air just sits. Around the equator is the intertropical convergence zone where airflow is vertical rather than horizontal. The landmass will cause uneven heating, which will create some alternating breezes depending on the time of day, but the overall wind from the ocean will be negligible.

On the continent, winds will be driven by albedo differences combined with the Coriolis effect since there are no oceans or waterbodies. The continent is very large, so within the mountain ranges, there will be winds, though they won't have time to pick up speed like they do over the ocean. I would expect a clockwise gyre inside the mountains, sucking up a bit of moisture from the openings.

At higher latitudes, the continent's shores and mountains will be forested and very moist. It will rain all the time. High winds will be the rule, with frequent thunderstorms. These storms will spawn hurricanes on the landmasses on the other side of the oceans.

Depending on the placement of the gaps, they could profoundly impact the continent's weather. If they're all at the equator, they won't do very much due to the low winds, but if placed in higher latitudes, the low pressure areas created by rising air over the land will divert the moisture laden winds inward.

Outer Ring: Dry beaches at the tropics give way to scrub and eventually forested regions at the higher latitudes. Elevated areas go from very dry at the equator to alpine in the high latitudes.

The inner portion of the continent will be dry. Not desert dry, because the continent will presumably have springs and some moisture will be sucked into the gyre from the gaps. But, like ratchet freak suggested, probably savanna, like the southern part of Africa (which does have some elevation separating it from the ocean).

Looks like you want a savanna biome in the valley between the mountain ranges.

You can feed the water inland through rivers fed by glaciers in the mountains and underground rivers/lakes. They will then meander though the valley and leave through one of the gaps into the ocean.

You'll need to stop trees from growing in some way, either by frequent fires or a shallow soil layer.

Mountains that big, and that many of them in those positions will produce deserts. Big and very dry ones. This happens everywhere on earth with areas that large and significant mountains blocking the sea winds: The western US, east of the Rockies. Western China, north of the Himalyas. Most of Australia between the coastal ranges. This happens in smaller places too, such as western Argentina, east of the Andes.

Simply put, you've got no way for moist, humid air to get to the interior, so it has to be a desert.

You might want to look at the continents on earth that actually have large grasslands for comparison.

Eurasia - temperate zone, prevailing winds from the west. No major barrier mountains, but once you get several hundred miles from the coast into Hungary and the Ukraine the grasslands start up.

North America - temperate zone, prevailing winds from the west/south in summer. Mountains block water from the west, but the Gulf winds in summer bring moisture from the southeast without any barriers. Once you get several hundred miles from the coasts, grasslands become prevalent to dominant - the Great Plains.

12
Centralised continent, with sea/wind currents?
8
What is the climate of a mountain range at the border of the polar front?
5
What weather patterns would occur on this map?
7
How would a large arctic mountain range affect the weather?
8
What sort of habitats could exist Pre-Zanclean Flood which formed the Mediterranean Sea?
4
Where else would mountains be on this continent?
4
Are the deserts in this continent realistically placed?
10
If I enter a large island into the North Sea, how would that impact local climate, weather & tides?
3
Is my large tropical continent too dry or not dry enough?