How would a large arctic mountain range affect the weather?

How would just the weather be affected if there was huge mountain range between the Arctic and the mid latitudes of a planet? Roughly 50-60 degrees latitude. A little further south than Earth's Arctic circle at 66 degrees latitude. 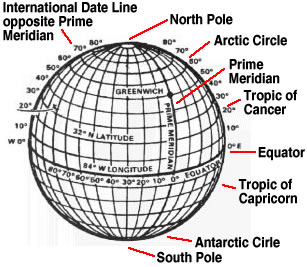 NOTE I am more than aware that climate questions always depend on the situation. But this is a worldbuilding site to help people build their worlds. That unfortunately includes the horrible 'too broad' climate questions. Please leave some comments if you need further information that I haven't supplied. I may not be aware of the important facts you may raise...which is why I'm asking!

I've included a portion of my map. 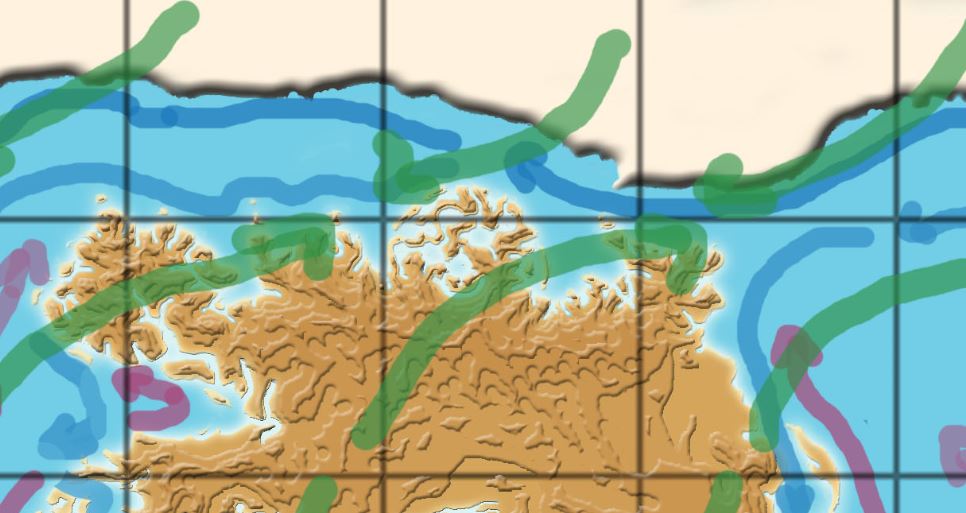 East and west of the mountains

North of the mountains

This is what I know

Examples of other factors I'm not sure of

I'm more curious of the impacts in the lower latitudes but don't mind answers focusing on either or both.

Obviously the mountains will affect the local weather dynamics and therefore affect the larger regional climate. But how?

If this isn't specific enough, please leave a comment and I will see if I have more information already figured out. If not, please leave an answer...it's why I'm here!

Mountains can block cold air flows from the north. Cold weather is in general caused by cold air cells building over northern continents (like Canada or Siberia) and then migrating southwards. The biggest effect of a high mountain barrier is to block this air flow. Once the cold air has passed over a mountain range heading south, the air will be adiabatically warmed as it descends (called katabatic winds).

Here are some examples of nearby cities, one blocked by northern mountains, and one not:

-In winter, Sanliurfa's mean temp is 5.6C, average low is 2.3 C. The mountains of the Armenian Plateau and the Caucasus block southwards moving cold air masses from the Central Asian steppes

-In winter, Ashgabat's mean temp is 3.5 C, average low is -0.4 C. There is nothing to block cold air from Central Asia.

-In winter, Boise's mean temp is -0.4 and average low is -4.1. Boise is protected by the high mountains of the Northern Rockies. There isn't enough land area for cold air masses to form between the northern Rockies and the Pacific ocean.

-In winter, Rapid City's mean temp is -3.9 and average low is -10.6. Rapid City has no northern protection from the Arctic lows that form over northern and central Canada in the winter.

In general, note that the East coast of the US freezes every winter, all the way down to Atlanta where the average yearly low temp is -9 C. Seattle, on the other hand, almost 2000 miles north of Atlanta, sees an average yearly low of -4C. Northern California never freezes, yet South Texas does.

So the answer to your question is: if they are long enough, they can block cold air masses from moving south, leading to sub-tropical region like Southern California that never freezes, instead of a sub-tropical region like Louisiana that does. This changes the plants and wild-life: Trees shed their leaves in East Texas, but not Southern California. Monkeys live with evergreen trees in Sichuan, China, where they are protected from cold north winds, but not in Louisiana which is at the same latitude, because the trees there go dead in the winter, etc.

Not the answer you're looking for? Browse other questions tagged earth-like climate weather mountains .

8
What is the climate of a mountain range at the border of the polar front?

8
What is the climate of a mountain range at the border of the polar front?
5
What weather patterns would occur on this map?
2
What if the Earth's axis was tilted 23.5 degrees in the other direction?
6
Effect of destroying the Antarctic Circumpolar Current?
1
How can I keep an area next to a mountain range from being a desert?
5
How Would I Make an Oceanless World Feasible?
3
Magical Island question part 2: How to add desert to it
14
Reasons for a very small but very high mountain range in an area with no plate boundaries?
15
Are snow caps plausible for a mountain range in an extremely large desert?