What weather patterns would occur on this map?

First, for scale, this map is about the size of the continental US. Assume that the mountains are about the size of the Rockies. These mountains are jagged on the outer edge, and more sloping on the inside. Everything North of the map is rocky wasteland, and there is an ocean to the south and west. To the east (about the distance from the mainland to the large island) is an unexplored continent. There is constant spring/summertime weather. In this case, the sun rises in the west and sets in the east.

For all intents and purposes, this map has replaced the US, Canada is a rocky wasteland, and Mexico has sunk into the sea. 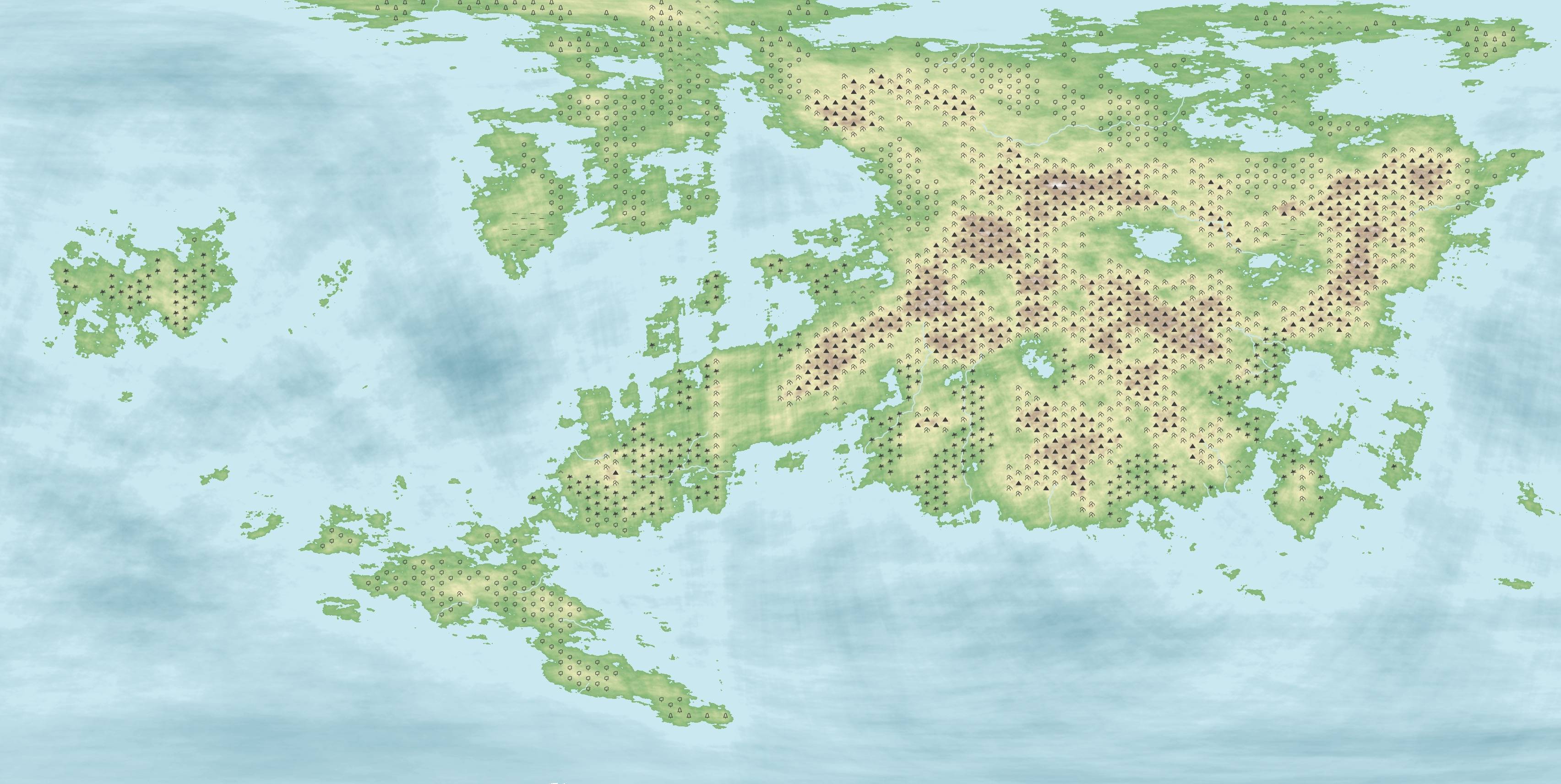 Assuming a world similar to Earth (same size, rotation, seasons...) you would have rather similar weather pattern. The one thing that would really change things is if the current are different (and given the different geography, they would).
Western Europe has about the same latitude as New York, and yet it is much warmer due to the Gulf Stream. How you position your currents will have a huge influence.

Otherwise I'd say, due to the planet rotation and the lack of any mountains, the western territories would be really wet, and tropical in the south. A strong monsoon could be expected.

The south and south-east would probably have a Florida/Caribbean climate, while the east would be similar to the eastern coast of the US or north-western Europe depending on the current temperature.

The north would be similar to Canada's climate.

The center is harder to tell, because while the enclosing mountains on each should make it really dry if not a dessert in the south, the more northern parts have huge lakes. Still I would expect a strong continental climate with huge swings in temperature between summer and winter.

One last thing to consider is that given this world seems to have a higher proportion of water than Earth, more water would probably be in the atmosphere. Given that water is a greenhouse gas, global temperatures would be higher with smaller icecaps.

All of this is of course best guesses.

You're looking at standard weather patterns unless there's something special going on. You can match places to equivalent geography on Earth for your weather. Remembering things like the fact it's going to be wetter on the seaward side of hills/mountains and drier behind them. Temperate island climates are much more moderate than equivalent continental climates.

I can't see anything on that map that would make the weather anything unusual by our world standards.

Since this continental sized, all in one hemisphere, and with mountains in the center, this is relatively easy to answer. The continent is best divided into quadrants:

Since you say Canada is a rocky wasteland, I would assume that it has sizable land mass. If it has a sizable land mass, then cold polar fronts will develop over it, as they do over Canada in our world. That would make the northern quadrant of this region dominated by cold polar fronts, just as the northern parts of the US are. Parts of the north relatively far from water, will have continental climates, like Minneapolis or Omaha. Parts closer to the water will have more moderate winters, like Detoit of Chicago. Parts directly bordering and to the south of bodies of water will have the cool summers and heavy snowfall of Cleveland or Buffalo.

However, the mountains at center will prevent summer thuderstorms from getting that far north. The entire north will be dryer than our US; instead of a rainy summer corn belt, you will have a dry steppe as in Central Asia, more suitable for wheat or grazing.

Just like in the United states, you could expect a warm 'Gulf Stream' to form in the southern sea and prevented from moving west by the pictured 'southern hook' peninsula. This warm current will bring more moderate winters (compared to the north) up the entire East coast. However, the mountains being higher than the Appalachians will provide a difference from out United States, and will help to further prevent cold winters.

The southern part of the East coast will probably not freeze in the winter, making it like Florida. The northern part will freeze occasionally, but not be as cold or snowy in the winter as the Northeast US.

Rainfall would be expected to be the same, that is, the same year-round and heavy.

The big difference here is that the central mountains protect the south from cold winters, and also trap rain moving north from the southern sea. Expect the central mountains to have a cold continental climate with heavy summer rains. The coast will be hot and wet in the summer, like our gulf coast, but won't freeze in the winter. Without freezing, and with lots of rain and rivers flowing down from the mountains, expect sub-tropical forests to cover the coast, like southern China.

Benefiting from lots of islands and oceanic exposure, the climates here will also be very moderate. The southern parts (including the large, far island) will have a Mediterranean climate like California (or, you know, the Mediterranean); the northern parts a cool oceanic climate like Northern Europe. The northern parts directly facing the ocean will get heavier rains and see thick forests, as in the Olympic peninsula and Galicia, Spain, but inland the rain will trail off. However, the region will be cool enough that there will be enough waters for tree cover and you will get fields and forests like northern France.

Not the answer you're looking for? Browse other questions tagged environment climate weather or ask your own question.