I mean something a little bit different than a typical pony animal. Rather, I mean exactly this: 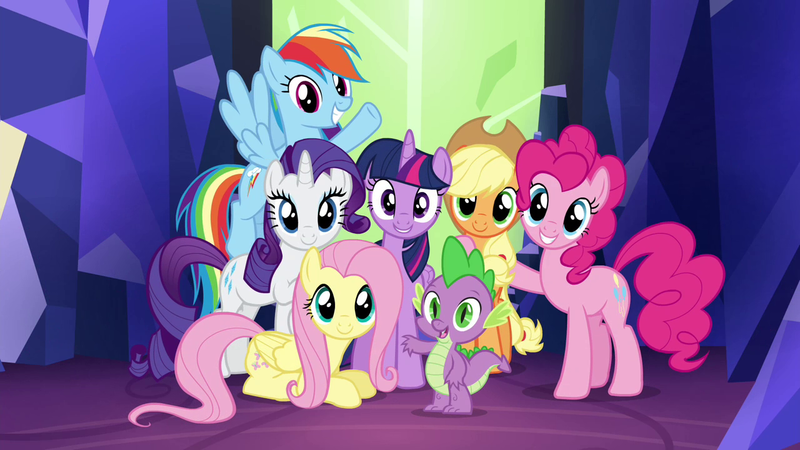 Unlike furries, ponies from this show are much more akin to their animal counterparts. They are quadralupe rather than bipedal and they have hooves that seem to be incapable of fine operation like human hands.

At the same time, these ponies have human intelligence and apparently have managed to create their own civilization.

How do they manage to perform tasks is waved off by the show authors with implausibilities: 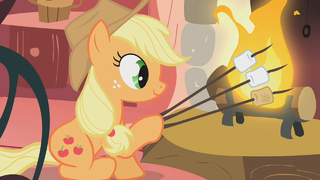 Or by making mouthes substitute hands: 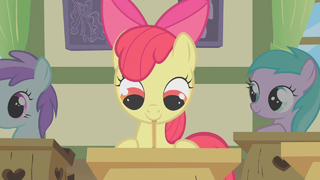 This may be sufficient for a cartoon, but not for the standards of WorlbuildingSE.

Perhaps a "pony" is here the same to a horse as a human is to a chimp.

In the steppes of Central Asia, the horse population faces many challenges: there is a glaciation that makes food scarce and there are dangerous predators. Luckily, no humans have appeared in this planet, nor will they ever appear.

A new plant grows in this environment; its fruits are very nutritious, but the plant is inedible. Some work is required to separate the fruit from the plant.

Also, tiny critters provide a very valuable source of scarce proteins; they are somehow digestible for the ponies stomachs. But they are not easy to hunt for a single pony.

In time, one of the hooves becomes adapted to separating fruits from plants, gaining the ability to grasp objects.

Ponies develop communication to become more efficient hunters of the tiny critters, and to defend in groups from predators.

One day, a pony grabs the inedible plant part and uses it to scare away a predator. It communicates to the others its finding, which starts to become commonplace.

You already have language, weapons usage, and group hunting, which leads to a society emerging. From there, a human-like evolutionary path might be possible.

19
Anatomically Correct: 4-legged sapient creatures (“centaurs” etc.)
22
Realistic fantasy slimes
11
Could a hexapodal bat actually fly?
6
How could a wolf-man be explained without magic?
4
Anatomically correct Goron
7
What would Mimics be like without human influence?
5
Anatomically Correct Haggis
7
How does a Sphinx strangle its victims with no hands?