Foreword: I'm aware of the limitations of the square-cube law involved in sizing an animal up, as these limitations have been relentlessly stressed in every discussion of realistic fantasy creatures. In this case, I'm discussing not an animal, but a slime mold with animal-like motility.

Slimes in fantasy video games are all rather similar to each other in appearance and behavior. They are macroscopic and generally sphere or droplet-shaped, and capable of moving under their own power, often elastically bouncing meters into the air. They absorb solid matter directly through their gelatinous surface, and it's often implied, stated or demonstrated that this is how they eat. Though they are extremophiles found in every biome (e.g. forest, tundra, island, volcanic mountain, swamp), they are fairly weak creatures, and they can be dispatched with the first sword you get.

I want to construct a more realistic slime. I've looked for the largest slime molds that exist in the real world and have identified Brefeldia maxima as a potential candidate for improvement. It's a single cell approximately a meter across, and it can weigh 20 kilograms. It's not spherical, though - it's a layer about a centimeter thick. Nevertheless, its size is interesting.

The traits I am looking for are:

I do not need these slimes to have big cartoony eyes like they have in some games.

Thanks in advance for your answers.

If there is only the requirement to resemble the "slimes" of video game fame, siphonophores come immediately to mind, as characterized by the Portuguese Man-O-War. Siphonophores are a bizarre sort of "creature" with a poorly understood evolutionary methodology that can capture the imagination of a reader without unduly stressing their willing suspension of disbelief (WISOD?).

A Man-O-War consists of a diverse number of individuals that are morphologically separate sub-species called zooids; these zooids are so highly specialised that they cannot exist separately, and must combine to form the entity known as the Man-O-War to survive. Individual creatures that make up the Man-O-War include specialized eating, attacking, and reproducing zooids, and a single "gas bag" zooid to which they are all attached for mobility and coherence. How such a wide variety of highly specific, symbiotic evolutions came about is the subject of much research and debate, and is only lately becoming understood.

Seen that way, it is not hard to imagine a composite creature like this that resembles the video game slime. A central "water bag" creature in the centre, covered in eating/digesting zooids, with propulsion provided by undulations of the central organism. The long tentacles typical of hydrozoae needn't be present; you might posit that as this creature became adapted to tidal pools instead of the open ocean, the long tentacles became a liability instead of an advantage. The stingers could be retained, making the danger of encountering such a creature very immediate, but preserving the classic "slow digestion" feel of the creature. The stinging would be an enormous deterrent for most predatory species, but for a sword-using human, splitting the water bag gives you the "easy kill" of low-level monsters that you require.

The use of the stingers is, frankly, my favourite part, and the thing that brought the Man-O-War to mind. The usual explanation for how a slime could hurt you is through acid or some other sort of digestive juice, but that never made much sense to me. I like this better.

While this hypothetical creature probably would never inhabit deserts or volcanoes, separate morphs for freshwater, seawater, swamps, sandy or rocky tidal zones, and perhaps jungle or rainforest would not be out of line. Humidity would likely be your limiting factor, or for a more "realistic" creature, proximity to water.

This has answered all your questions, I think, except with regard to size. In moving from an aquatic environment to a terrestrial one, size limits are always hard to consider. My very unscientific approach tells me that water is pretty heavy to pack around. Purified fresh water is 1g/cc, so a ball of water 1m in diameter would be a whopping 523.6kg! Not terribly maneuverable for a creature motivated by undulation. Perhaps a multi-celled central water bag, with some chambers containing buoyant gasses like a Man-O-War has, could be used to reduce this density in a plausible way. Even so, there are likely no plausible giant slimes to be had with this hypothesis.

With regard to things that are slime molds in the biotic sense, colonies of such creatures acting as a single creature might be worth considering. The horror RPG Eclipse Phase has an alien life form evolved from slime molds called the Factors. I'm not sure I understand the biology as presented there, but in the rough sense, "individuals" of the species typically combine to form large colonies of mold. The individuals can operate independently, however, and are sentient. I don't like this direction much; the association with fungus, although recently genetically refuted, looms too large in my mind for me to find plausible.

I always liked the idea of using a mutant of a translucent gastropod (slug) for my "slimes". They'd secrete an acidic mucus and have mostly translucent features save the eyes and possibly the brain (assuming you want it to have a "core") and it may have any number of eye stocks as it would be a mutation from the normal, garden variety slug.

It would also be very malleable, being able to squeeze into tight spaces and because its mouth is not obvious, it may seem to someone looking like it just "absorbs" its prey, when in reality it’s swallowing them and using this acid and radula (mollusk teeth) to break them down in its mouth and gut.

Well I'm clearly in no question to see answer your question as well as you'd like, but here's a link that might help reach the unicellular nature of your slime:

It gives some insight on a unicellular algae that can reach up to 12 inches, an extreme version of it could make your slime reach biggest sizes, also, here's a picture of Valonia ventricosa, another single cell, might be good to see how it ticks as a base inspiration: 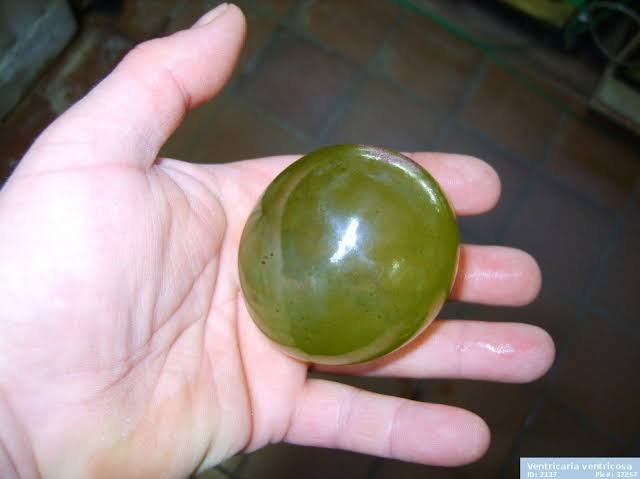 From what Secespitus mentioned about his book This sounds more like a sea urchin, which a giant one might be a good idea for a realistic slime, or possibly a star fish with really short legs, or non at all. Another interesting thought is a Netflix movie called "evolution" with creatures that evolved super fast and reproduced soley by cellular division. It might have some interesting concepts for you.

In the post mentioning the YouTube video, I watched it and it gave interesting ideas. Pole vault like international structure to help it jump. That could also be used to help it breath. You could also make a paper lantern variant, one that flies around with hot air inside like a hot air balloon.

But this also made me wonder what could be used as such a springy material in any living creatures body. cartilage might an answer, but cartilage may be very fragile and I don't think it could withstand that much bend. Nore could it change its shape to the degree you may like. Then that gave me an idea. What if the body was a self making gelatin (jello). The slime eats the entire body, bones and all so it can get the essential materials it needs (cartilage and nails) in order to rebuild it's body (make either gelatinous body or flexible skeleton) (and water for a possible water based body, which it may not even need from us). You mentioned that a shell may be acceptable or needed. The gelatinous body is the best explanation I could think of to let it have a shell or a water sack. Maybe combined with the flexibility skeleton and gelatinous body it forms a structure like a sea urchin skeleton. Constantly creating it's structure with a constant drip of digestive enzimes and freshly forming gelatin hardening as it touches the air. Or something like that.

Side note the slime could be like a virus. It needs our human cells to reproduce. Hijacking each cell making them its own.

There is also a fungus called Aspergillus tubingensis (along with apparently 50 others) that can break down the chemical structure of plastic. Maybe something like that mixed with the virus theory could help. It's not large, but it's ability to eat plastic and turn it into nutrition sounds slime like.

Spoiler alert if you plan to watch "evolution". ... There will basically be a giant star fish. 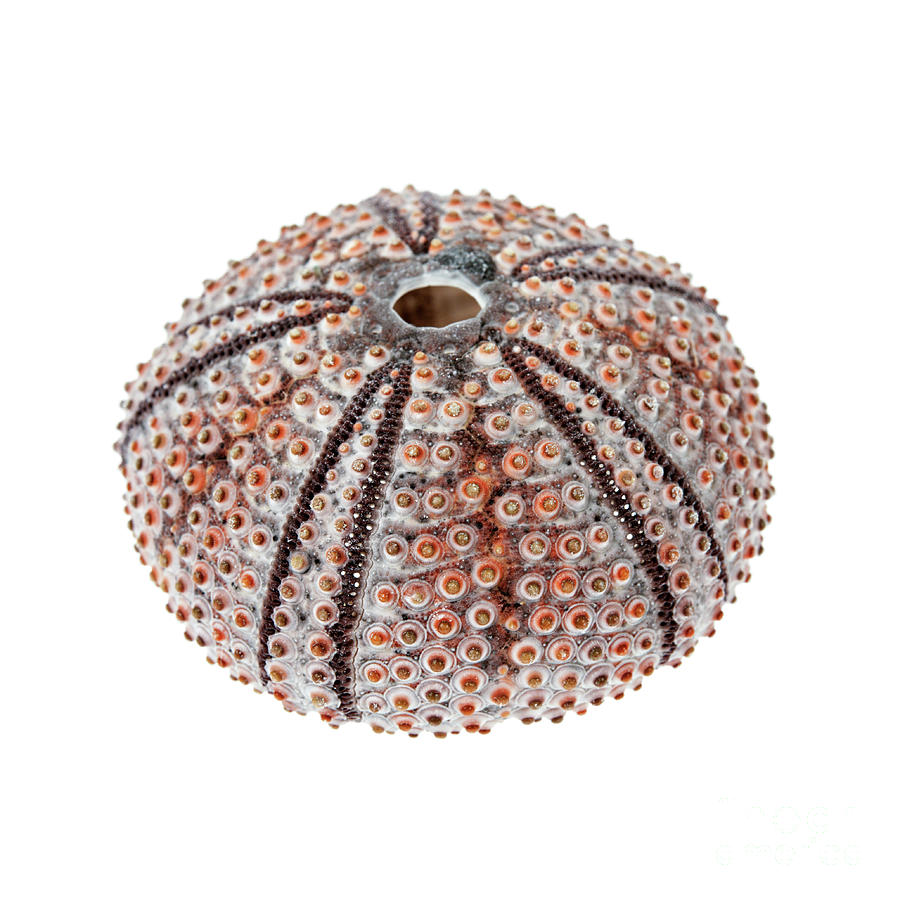 In a book i am writing the this is what the slimes are like. They can mold themselves into any shape and can eat using their whole body absorb flesh and bone using acids. They see using their hole body. They are split into cells each cell acting independently but working as a whole, the cells are the size of a tennis ball. They are sticky and can climb up walls and jump of ceiling onto their prey. They have sharp poisonous spikes that they can protract out there body to stab into their prey. They can split themselves into separate independent smaller cells. The only way to kill a slime is to burn it, poison it or stab it one cell at a time.

To humans they are one of them most deadly! creatures to exist.