I have a canyon, with similar size and shape to the Grand Canyon. The canyon is carved by a large river, similar to the Colorado river.

I want this canyon to be filled with fog so thick that, if you are standing at the top, you can't see the bottom.

I would prefer the Canyon be

Is this possible? If so, what do I need to do to create it?

Valleys can totally be full of fog.

Grand canyon size is perfect. A river runs thru a desert. It comes a long way and it is shallow; the water is warm. As the river goes along, the valley gets deeper and deeper because the land is rising - the river has been there a long time and has cut a deep channel.

Farther along the course of the river, the highlands now on either side of the river have cold air. It rolls down into the valley and hits the humidity coming off the warm river. Fog is born.

If you want to fantastic it up, have a geothermal spring contribute its boiling water. That will make some steam. Such rivers exist! 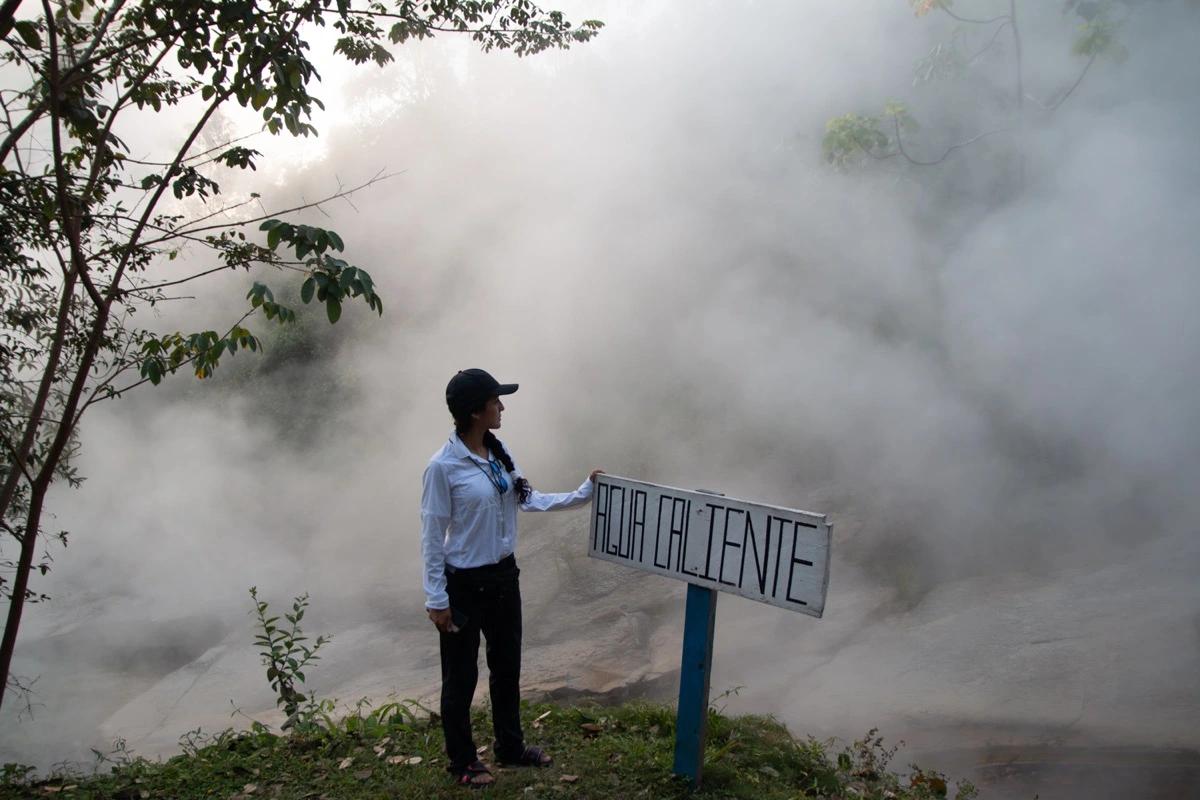 To get large amounts of fog/cloud you need large flow of warm moist air to be then be cooled in the target area. Easiest is with preexisting volcanism to supply the energy.

A large volcano near a large body of water, on the down wind side. This will ensure valleys will have rivers due to high rain fall. Then the volcano needs to be still active/have and there to be lava near surface. If molten rock is near surface close to one or more rivers near the base of the volcano then there would be a source of warm moist air, along with cooler air in the valley bottom.

This implies basaltic lava and newer igneous terrain which tend to not form large canyon systems. This would scenario would tend to have smaller steeper valleys. But more common then scenario two.

A hotspot such as Yellowstone or Hawaii. A river flows through the region which is heated up and provides warm moist air, upon mixing with the cooler surrounding air, clouds form. this is similar to scenario one but assumes a broader area and more flexible terrain. A hotspot can move under sedimentary rocks where grand canyon like valleys can be carved.

This could allow closest to requested features of terrain but would be least likely to have contentious broadly covering cloud. It would be less continuous due to more opportunities to have broad mixing of air. This would imply shifting locations of cloud/fog.

To hide secrets, a nuclear power plant is installed in a valley. A system of piping is installed to release steam throughout the valley thus ensuring permanent thick clouds. The planned nature of this allows for much more consistent and thicker cloud cover.

This would have the highest consistent density of cloud by far thus providing the most shade. However this is an deliberately engineered outcome, which might not fit desired plot.

There are other scenarios that are possible. But to get reliable thick cloud/fog a reliable energy source in close proximity to water is required.

Not the answer you're looking for? Browse other questions tagged science-based climate geography rivers clouds .

10
Is a mountainous crater filled with fog realistic? Ways for a species to penetrate the fog?
3
Impacts of a Large Canyon
9
Can a forest have continuous fog?
5
How would the weather be affected by a constant miles-wide maelstrom?
3
30km deep canyon in Central Europe
12
What might be the climate inside a "sky abyss" on a tidally locked planet?
7
How can I make my often-lightning-struck mesa sound like giant drums?
4
How can I cool the body of a human such that it can see Long wavelength IR light without its eyes glowing
2
Is this Subterranean Isolationist City Self-Sufficient