What would make scientists realize that they are on a toroidal world?

In my story, a portal is opened from the Earth to an alternate world. However, this world is toroidal in shape and has a surface gravity equal to that of Earth. It rotates around an axis that goes through the center of the circle perpendicular to all major radii, and its day/night cycle (assuming that it is inclined enough relative to its star that all (or almost all) of the planet will see sunlight at some point in most day/night cycles. At the location where the portal opens, conditions are very Earth-like (1 atm of pressure with similar Oxygen, Nitrogen, and Argon concentrations, comfortable surface temperature, and 9.8+/-0.1 m/s² of surface gravity after adjusting for centripetal force) and the toroidal shape is not obvious (i.e. on the outer equator).

Some quick sketches of how it rotates (green torus is planet, yellow sphere is its star, black cylinder is the axis of rotation), distances and sizes are not to scale, that I made in about 2 minutes: 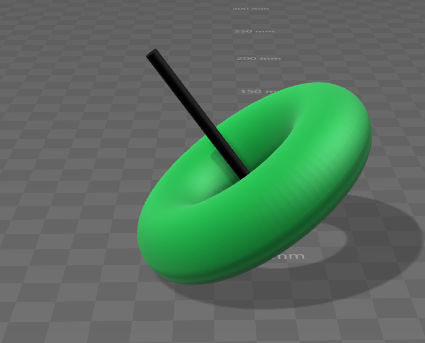 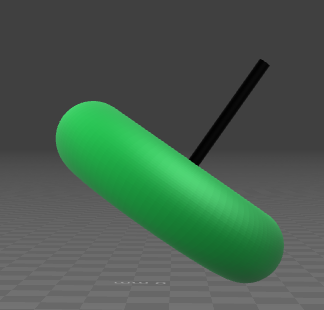 The axial tilt of the planet may be increased as long as the rest of the planet is moved so that the axis still goes the same way, if that is needed to not have parts in perpetual shadow.

I know that this toroidal shape should not be able to naturally form, but assume that plot device/advanced aliens/a wizard made it stable

What aspects of this planet would tip off the scientists that it is not a sphere like Earth? Would they see something in their surroundings or would they not notice until they either went far enough to see the toroidal shape directly or went into space?

Note that I am not asking for some test to prove that it is toroidal, but rather, something that people would notice is different and would result in them doing those tests or conclusively knowing. It would also be preferable if an ordinary person with a high school education can understand this demonstration (though they need not be able to recognize it on their own or even have been taught in school about it).

Assuming a physically correct toroidal planet (ie. one that maintains its shape due to physics rather than unobtanium or magic), the most likely clue that something's wrong is varying surface gravity. In order to keep the toroidal shape from collapsing into a sphere, the planet needs a fairly hefty spin: for an Earth-like planet, on the order of a rotation every few hours. This translates into a 30%-50% change in apparent gravity between the outside equator and the poles.

Since this is a physically-correct planet, variations in the direction of "down" will not be present: the planet is in hydrostatic equilibrium, and the surface is everywhere locally horizontal (give or take minor variations such as mountains and valleys).

Most of the really exciting stuff that happens on a toroidal world (doubled seasons, odd day-night cycles, etc.) happens on the inner surface, and if you're there, you can tell something's wrong just by looking up and seeing part of the planet stretching across the sky.

You would notice some odd things when travelling.

Take a point on the outside of the torus. Travel in a straight line in a certain direction relative to the surface, let's call that direction 'west'. After a while, you get back to the place where you started, but you're approaching it from the 'east'. This is what you would expect, because it is what happens on a spherical planet as well.

However, when you travel 'north', it will take a lot longer to end up where you started, and most shocking of all, you never cross the path you took the first time.

This clashes with a spherical planet, but it doesn't require much immagination to see that the path you took fits perfectly onto a toroid planet.

Looking during the day

If the torus is small enough, the other side will be visible in the sky. In this case, during the day at some point someone on the inside of the ring is going to look up and see something looking suspiciously like a planet obscuring part of the sky. This can later on be confirmed by telescopes to be part of their own planet.

If the torus is too large to see the other side during the day, anyone sitting out at night star gazing on the inside of the ring would find part of the sky occluded. Subsequent investigations with telescopes could provide incontrovertible proof they are denizens of a torus.

Eventually cartographers are likely going to try to map the planet, and at some point, they will inevitably discover something is not quite totally spherical about their home.

Once cellphones are developed, people will most likely notice that at certain times and at certain places on the planet, they cannot receive a signal from the carrier's satellite. Due diligence will likely result in discovering the far side of the torus is occluding their cell satellites.

If these scientists are deposited on the outside equator of the toroid, they probably won't notice anything different. The sun will rise and set as it does on a normal planet. The rest of the torus is occluded by the ground under their feet. Further, the torus is large enough that they won't be able to visually confirm that "north" and "south" have a much smaller diameter than usual.

However, on the internal equator, just look up at midnight. There will be a huge illuminated stretch of green and blue "sky" above them. It'll be hard to miss. They will be looking across the hole at the illuminated internal equator. If they arrive before sunset or dawn, the sun will set much before it reaches the apparent horizon because the sun will be occluded by the spinwise or anti-spinwise portion of the toroid. 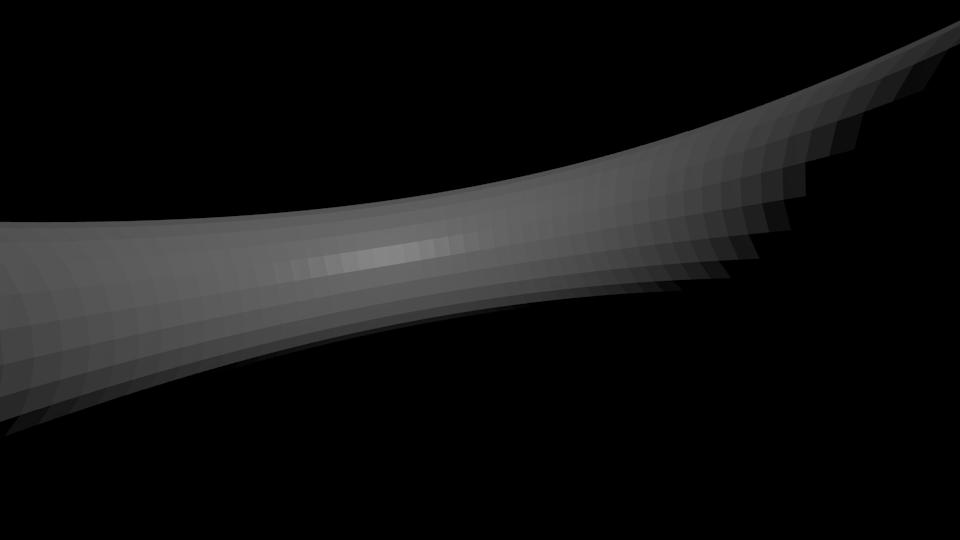 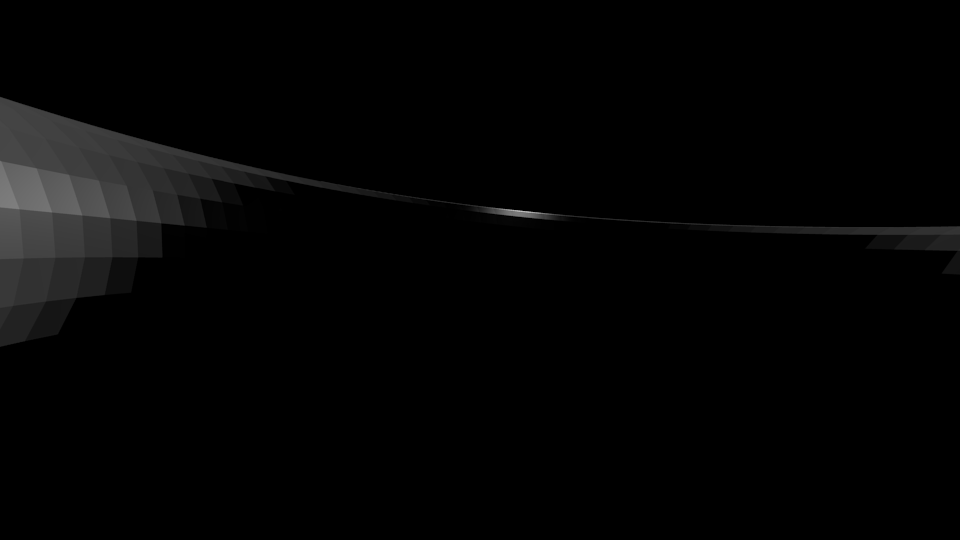 (The renderings of my own make and I'm very new to Blender. Oceans and land will come later.)

Looking at the Horizon

Depending on the landscape you might even see the different curvature by looking at the horizon. If the planet is covered with a kind of desert where you can look in each direction without getting blocked by dust or fog one might notice from a point at the outside of the torus, that the horizon of two directions (lets say north and south like in Ezras answer) is more far away, than the horizon in the other directions (West and East). One might as well see different curvature at the horizon, assuming that the differences between the outer and the inner radius of the tourus are very large (i.e. that the "hole in the middle" is big enough to make a huge difference).

This does not proof, that the planet is a torus (and no scientist would assume that directly from this) cause there are other shapes with the same unequal curvature. But it might be enough to make them think about the shape and want them examine deeper into this.

Assuming no technology has been used to alter the natural way gravity works, you will have extremely strong gravitational difference between the inner side and the outer side.

When on the inner side, the opposite side affects you much more (gravity scales with the distance), but in the - from your point of view - upward direction. The extreme case would be the center of the torus where it would even cancel out (provided the mass distribution is somewhat homogeneous).

Thus it could be possible to "jump through" the center to the other side (if the jump is strong enough and the jumping person/vehicle can survive the trip.)

How to figure it out if you can not move to the inner side or even a point where the horizon starts looking weird:

Assume we are on the outer side, the torus is huge and movement is restricted.

Compass will be useless.

On a spherical space, assuming there's electromagnetism going on between the poles, you can always find one of the pole using a compass. No matter where you are on the sphere, if you follow "North" then you end up passing through the North's pole.

On the other hand, on a toroidal space, there's no such thing as a pole. Making compass useless. If you find something equivalent to electromagnetic pole, then you won't be able to reach it (assuming it's in the empty space inside the torus).

6
How would a torus planet's magnetic field work?

3
What if Jupiter's rotational period was equal to that of the Earth?
5
What would a world with uneven gravity look like?
11
How fast would a planet have to be spinning for the centrifugal/centripetal force to cancel out the force of gravity near the equator?
117
What would make scientists realize they were on a flat world?
8
What would make scientists realize their planetary system is inside a hollow sphere?
10
How would this tidally locked planet be affected by its moon and would the moon have a deaccelerated orbit?
2
What would be the conditions and causes that would make a planet not spherical?
2
Behavior of my patchwork planet?
5
What substance would make a good lava ocean?