How could someone use genetics to place a skin tattoo on their descendants?

Imagine a world quite like our own, except where technology took a different turn. Instead of researching communication, transportation, the cosmos, and the general nature of the universe, scientists researched biology and how to manipulate it.

Here, if you have enough money, you can get one more arm, five more arms, spider-like legs, or anything else you can find in nature for your descendants. This process works by editing your sex organs so that your children's genetic code is different from their parents'.

However, I am not interested in the meager boundaries of nature. I want something much more exotic. Specifically, I want a complex symbol to be placed on some specific part of the bodies of my descendants using genetics.

You have a lot of options. I'll list a few from most to least feasible (and also least to most expensive). 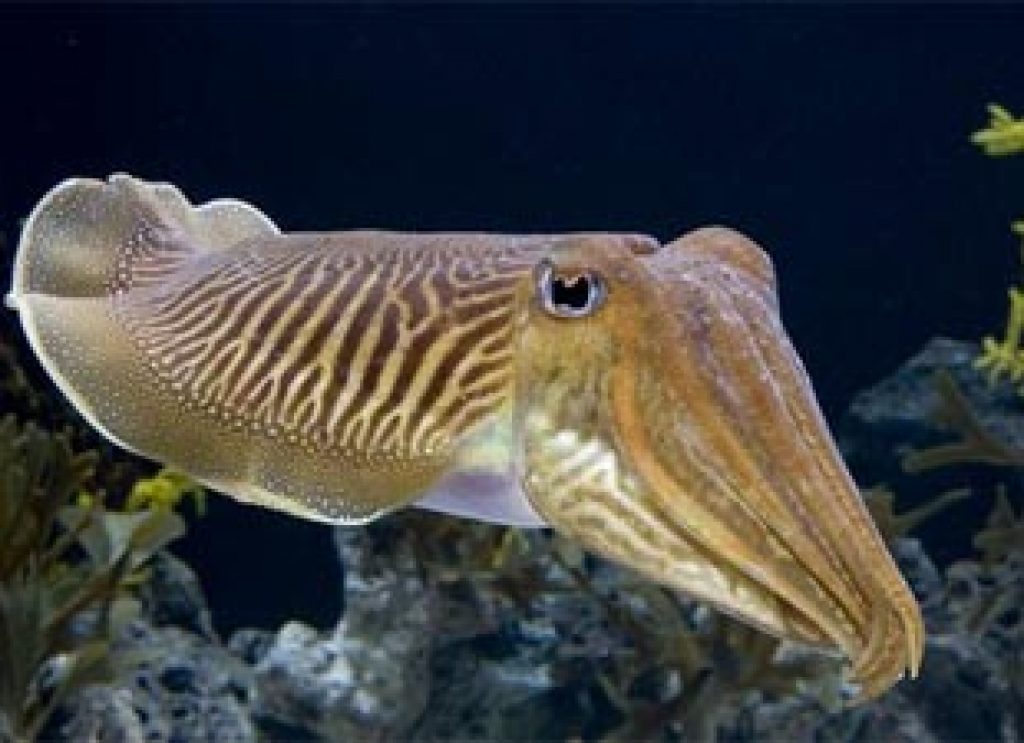 Have you ever seen a Siamese cat? One of the unique features about them is the fact that they've got black fur clustering around their face. And the way this works is pretty neat too - the genetics by the black fur aren't any different from the white fur around the rest of the body. Rather the physical expression, that is the phenotype, is different because of the lack of heat around the Siamese's cat's face, paws, and tail, which otherwise alters certain protein structures so that the fur is white.

So what you do is you whip up a batch of these proteins that create organic pigmentation with the human skin, and then you have a second batch of proteins serving as the inhibitor to the first batch. The catch? When the second batch is heated up to around 103 F, it denatures. Essentially, when you apply a mildly hot design to the skin, it will heat up that area and cause the cells there to react accordingly. Now, with the inhibitor protein out of the way, the first set of proteins whip up some pigmentation, and you've got the tattoo.

This can be done with precision, or at least as precise as you can get the heat control, to that end I'd recommend use a cold insulator wrapped around the design you're using for maximum neatness. It can be applied to the wrist or the back of the hand, really anywhere on the body, and by applying heat or cold, you can conjure it or dispel it at will. The only thing it can't do is be different colors - you can pick whatever color you want to start with, but this structure is binary so once you pick a color, you're stuck with it until you rewrite all the genetics in all your skin.

This is easier than the other stuff you mention

...Not that it's easy, mind you. It's still something far beyond anything we can conceivably pull off in the near future.

Gene editing encodes proteins. Genes are activated based on their cell's position in the body, and exposure to chemicals produced by that area of the body. This causes them to produce particular chemicals of their own, triggering gene expression in nearby cells in turn.

The details are poorly understood right now, but you're talking about a society that has a deep enough understanding of developmental biology that they can make extra limbs, which is one of the hardest things to do with genetic engineering. If you can pull that off, creating a pattern of pigmented cells in a particular area of the body should be trivial.

Simply program the location to activate during development in a particular region of the body, like the back of the neck, triggering a genetic program that activates or deactivates the pigmentation gene based on how far it is from the initial locus and its proximity to different locations in the body. There might even be a ready-made computer program where you can draw an image and have the program put the gene together for your own custom design.

I say "simply" but this is far from simple. However, it is far simpler than adding extra limbs, which works according to the same basic process but where you have to account for interconnected nerves, muscles, bones, and all kinds of functional and structural elements beyond simple pigmentation.

Millimeter precision? Honestly, I don't think this is possible in exactly the way you've asked. Even current tattoos are subject to distortion as skin changes (which can happen due to changes in body composition, aging, etc.). Asking for something that will somehow manifest with such precision through the fairly radical changes that happen from conception to adulthood, given nothing but genetics, seems like a stretch. I'm not aware of anything in nature that comes close.

At best, you are going to have to replicate some sort of major structure, like a nose, but even stuff like that tends to vary by more than the precision you've stated. You might be able to get a recognizable shape out of this, if it's a very simple shape and you don't mind it varying in the ways that something like a nose varies from individual to individual. Forget about legible text, though.

Instead, I'd like to offer an alternative: nanomachines. A swarm of (self-replicating, self-repairing) nanomachines that lives in the host's body can "easily" accomplish what you want. Just program them to be able to locate a desired spot on the host's body, and to be able to determine their relative locations in the overall swarm with high precision. Ability to turn on and off? You can probably get them to have the capabilities of an e-ink display. They can turn on, off, change shape... They can play video (at low frame rates, anyway). Changing color might be a problem, but you can probably at least choose what color you want when you create the swarm, possibly within some limits. (This will depend on what pigments they can produce from what's available via the host body, or if they have some fancy way of manipulating light.)

As for heritability, that's easy; they also piggy-back on their host's, ah, "genetic material" and start a new swarm whenever conception occurs (and just shut down otherwise), such that their original hosts' offspring end up with their own swarms (with the same programming, of course, in order to produce the same mark).

You're already far out of the boundaries of nature. You're asking for the equivalent of a reasonable laser gun for your time travelers.

I don't have a mechanism to suggest, but would like to point out that what you're already doing is strictly harder than what you want to do. If you hand-waved the spider legs, there's no point in finding a reasonable explanation for the tattoos, hand-wave that too. If you have a reasonable explanation for the spider legs, use that.

If you can make a working human-sized spider-like leg grow from a predictable spot in the human body, arguably you have all the tools you need to make your tattoo as a vestigial limb.

Namely, engineering alien limbs, and placing them at will in a human body.

I called it an "alien limb" because an actual spider leg, grown locally but equivalent to a graft, wouldn't work. Even if you could find a way to scale one up seamlessly, the square-cube law would crush it when a human leaned on it, the biological mechanisms that work at spider scale just don't work at human scale. You need to engineer the leg to use completely different biological mechanisms. Hence, alien leg.

Not the answer you're looking for? Browse other questions tagged reality-check humans genetics genetic-engineering .

9
Could someone survive if all the DNA inside his cells got damaged? For how long?
18
How viable would an analog computing revolution be?
4
How could offspring only ever display the phenotype of their parent and never ancestor?
5
How many generations of descendants could a person plausibly outlive?
7
How can my dragons use their tongues to control their fire breathing?
3
How could someone mutate other animals?
2
Would you carry the exact same DNA if you were concieved at a different time?
2
How could a person correct their vision with limited technology?