How Would a Filter-Feeding Marine Turtle Feed?

Back home, many large planktivores have ingenious ways to trap food and not water. For sharks like the basking and the megamouth, that is no problem, as they have modified their gills into rakers to separate food from water. But whales, being air-breathing mammals, have to be more innovative. That is where this neat little piece of cetacean anatomy called "baleen" comes into play. It works by a whale opening its mouth underwater and taking in water. The whale then pushes the water out, and animals such as krill are filtered by the baleen and remain as food source for the whale.

Now in this alternate Earth, there are no mysticete whales, whale sharks, basking sharks or megamouth sharks. In their place are large, completely marine turtles. They are still reptiles, which breathe air, so they can't have gill rakers like sharks. Nor, for that matter, could they swallow saltwater. And being turtles, they don't have teeth, so they can't have anything to modify into baleen. So in an alternate Earth where turtles take on the niche of oceanic ram feeders, how would they collect food without choking on seawater in the process?

Real World (TM) sea turtles might not have teeth, but they do have esophageal papillae that are quite gruesome to look at, but help the turtle snare and consume jelly fish. These hard, spiky projections are made of keratin, similar to baleen. As the link mentions, the turtle does ingest a little water with its jellyfish diner, and uses these projections to keep the jelly in place "as the turtle uses the muscles in its throat to expel excess salt water."

Modifying these papillae into plankton filters is an evolutionary no-brainer.

American Scientist had a fine article on the evolution of filter feeding in whales. The whales first lost their teeth and became suction feeders. Then they developed baleen to become more efficient suction feeders.

Could there be a large suction-feeding turtle, the transitional form to a full on filter feeder? 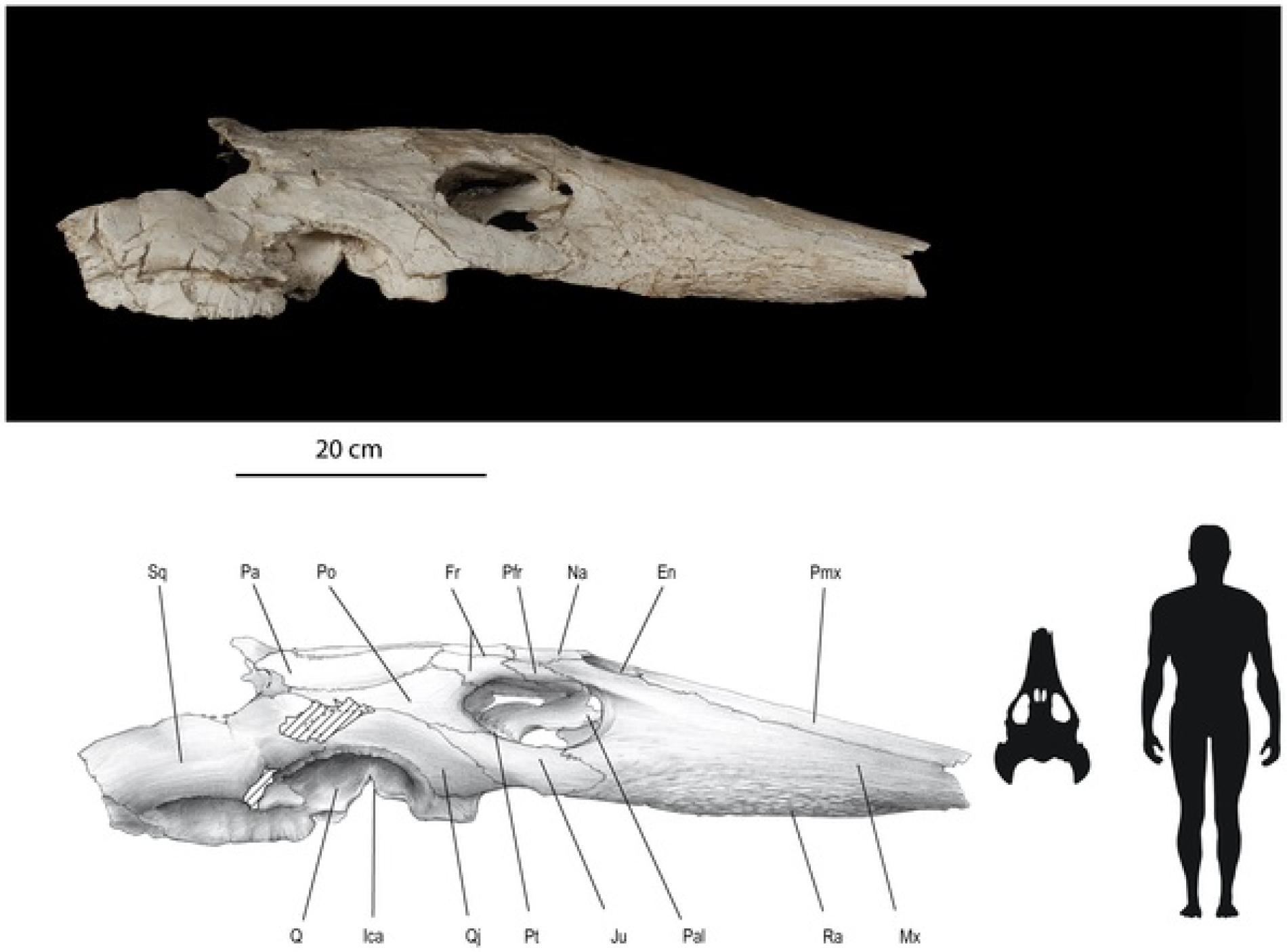 Not only is the skull from what must have been an enormous reptile, but the shape of the lone fossil is unlike any other turtle. Wide at the back, the 27 and a half inch long skull narrows in front of the eyes into a flattened tube. Ocepechelon didn’t have the short-faced look at modern sea turtles, but an unusual snout that recalls a toothless, beaked crocodile... Among turtles, Ocepechelon is bizarre. But the ancient swimmer’s skull shape isn’t totally unique among vertebrates. The extinct turtle’s upper jaws, Bardet and colleagues suggest, bear some resemblance to the mouths of small pipefish and the larger, mammalian beaked whales. Since these animals feed by suction – creating a vacuum to draw in small prey – Bardet and collaborators suggest that Ocepechelon may have done the same.

If the turtle had a distensible throat (as I proposed might be the case for such turtles here, a nozzle like mouth would increase the velocity of incoming water and more effectively suck up prey that might be trying to escape.

The last step, to filter feeding. Flamingos are full on filter feeders that use a modified beak, as a turtle must. They accomplish this via a specialized and versatile tongue that keeps the food in the middle and expels the water to the sides, and lamella along the beak.

flamingoes . . . dragged their mandibles through the mud and water, rocking their heads from side to side. . . pumping movements of the gular region, and the twin jets of muddy water that were shot outward from the comer of the mouth [were ob- served] . . . Certainly a suction was being set up in the mouth opening . . . evidently a combination of a pumping and a sucking through the opening of the gullet. Then, as the upper mandible clamped shut, streams of mud and water were found forced outward, certain portions being retained within . . . processes along the upper edgeof the tongue . . . with an additional straining effect from the lamellae on the mandibles.

So your turtle - a large suction filter feeder which gradually improves food extraction efficiency by evolving a specialized tongue and baleen-like ramifications on the beak.

Not the answer you're looking for? Browse other questions tagged biology alternate-history reptiles behaviour or ask your own question.

-3
Shark vs. Sea Turtle--Who Has the Better Odds of Being Whale-Sized Planktivores?

14
Mermaid Buoyancy: Oily Livers, Swim Bladders and Lungs
6
How can I get a giant non-marine snake?
18
Are plastic plants plausible?
30
How can sharks be domesticated to become man's best friend?
4
Aquatic lizard: Is being warm blooded essential?
6
How large could a giant turtle get?
8
How to ride a giant turtle?
0
How would Filter Feeding Fungal Forests affect the ocean ecosystems
6
Creating a Predator For Snappers