Is there a technology that can place the human body under more or less gravity weight?

I was thinking of ways to make the human body stronger, so I was wondering why not lift weights with a higher level of gravity, hence my question. I'd like to know if there's some clothes, jewelry, or even a way to make a chamber/room to increase the gravity around my body.

Pilots and astronauts train in simulated high gravity by getting spun around at the end of a long rotor. 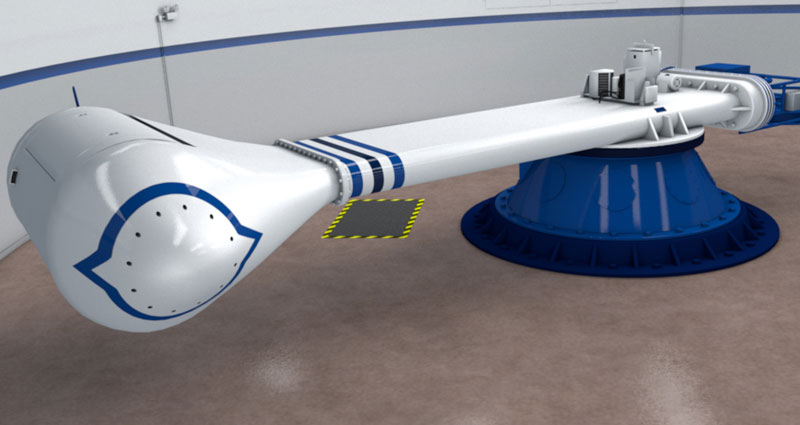 Many science fictions describe space habitats (the one depicted in the movie 2001 comes to mind) which simulate gravity by rotating, thus causing the occupants to feel a force pressing them against the outer circumference of the space habitat. This force can stand in for gravity.

I would like to point out that it is not hard to use gravity to increase your workout intensity by finding weights that experience a stronger gravitational attraction by virtue of their higher mass.

The physicist Robert L Forward proposed the concept of ultradense matter as a technique for generating localized gravitational fields. Refer to his book Future Magic (1988) where this is discussed.

Assuming it is possible to manufacture sufficient qualities of ultradense matter, then a chamber or room could be made where the gravity inside was higher than the gravity outside. For example, a layer of ultradense matter could be placed beneath the chamber where its gravitation would be added to the Earth's gravitation. The result would be higher gravity above the chamber's floor.

It would be physically impossible to wear garments or jewellery made of ultradense matter. Even the smallest piece would weigh many tons. The stuff would be a health hazard. The ultradense layer would need to be extremely strongly supported. The slightest accident would see it sinking deep into the Earth, with a good chance of descending to the Earth's core.

Mass is the "standard" way to generate gravity, it's cheap and reliable, but difficult to manipulate.

You would need a mass comparable with Earth mass to have a sizable effect and that is a bit... cumbersome.

Forget about ultradense matter. Gravity gradient would be such that, even if the mean effect is what desired, your feet will instantly melt and your head would hardly feel any change (I mean: until the lower parts are squashed by their own weight and the head falls to the level of the feet, a few tenth of seconds after).

You can have an interesting effect if You have a space elevator available. On the way up (assuming constant speed) weight would gradually decrease from "earth-normal" to zero at geostationary. (for the purists: this is actually combined effect of reduced Earth pull and increased centrifugal force).

OTOH acceleration is quite easy to use.

It's very easy to increase weight with the use of centrifuge (as explained in another answer), but it's also possible to decrease it for short periods of time using abaric trajectory. Passengers of a superfast train would also feel lighter for the whole duration of the trip, but such an effect would need really fast trains (a sizeable fraction of escape velocity, i.e: ~11km/s).

Build an O'Neil cylindrical station or even a simple ring station and spin it for what ever gravitational force you wish to simulate. With the spinning cylinder, outward becomes down. The faster you spin it the higher the perceived gravity on the inner surface of the cylinder.

You can even have a range of "gravities" just by inhabiting levels nearer or farther from the axis of rotation. This lets you vary the gravity for your subjects without expending the energy of changing the spin rate of the station.

Not the answer you're looking for? Browse other questions tagged science-based gravity or ask your own question.

57
Would the human body support living on planets with a greater gravity than Earth?
23
How big can a moon be where you can physically jump out of its orbit, to its planet?
9
What consequences could a higher surface gravity have on life and geological evolution?
7
Is an artificial gravity room on a modern spacecraft or space station feasible?
8
What effect would 1.5 times the gravity have on a human?
4
Will this anti-gravity airship balloon give me a working vacuum airship?
0
Effect of 1.5g (Induced hypertension health effects?)
22
Increasing muscle power without increasing volume
8
Bones for bigger creatures
7
How large can differences in gravity be without being overly dangerous to humans?