How can I explain rainforests in a world with little, localized rain?

On the world I am building (Let's call it Bob for simplicity's sake), the days last 9 years. As a result of this, the living beings on Bob must migrate across the planet to avoid the encroaching night. Now, obviously if Bob had continents like Earth, this would be impossible for animals (like the ones that would evolve into sapient beings.). So to combat this, Bob lacks oceans, he instead has large lakes (like the Caspian Sea) scattered every couple thousand kilometers.

Now, without oceans, the weather becomes a bit messed up, specifically the precipitation cycle. Only areas within a few hundred miles (at best) of a lake would get rain, and rarely at that. So, how do I permit rain forests to appear on Bob?

On a world, were rain is rare and not widespread, how can rain dependent biomes like rainforests develop? 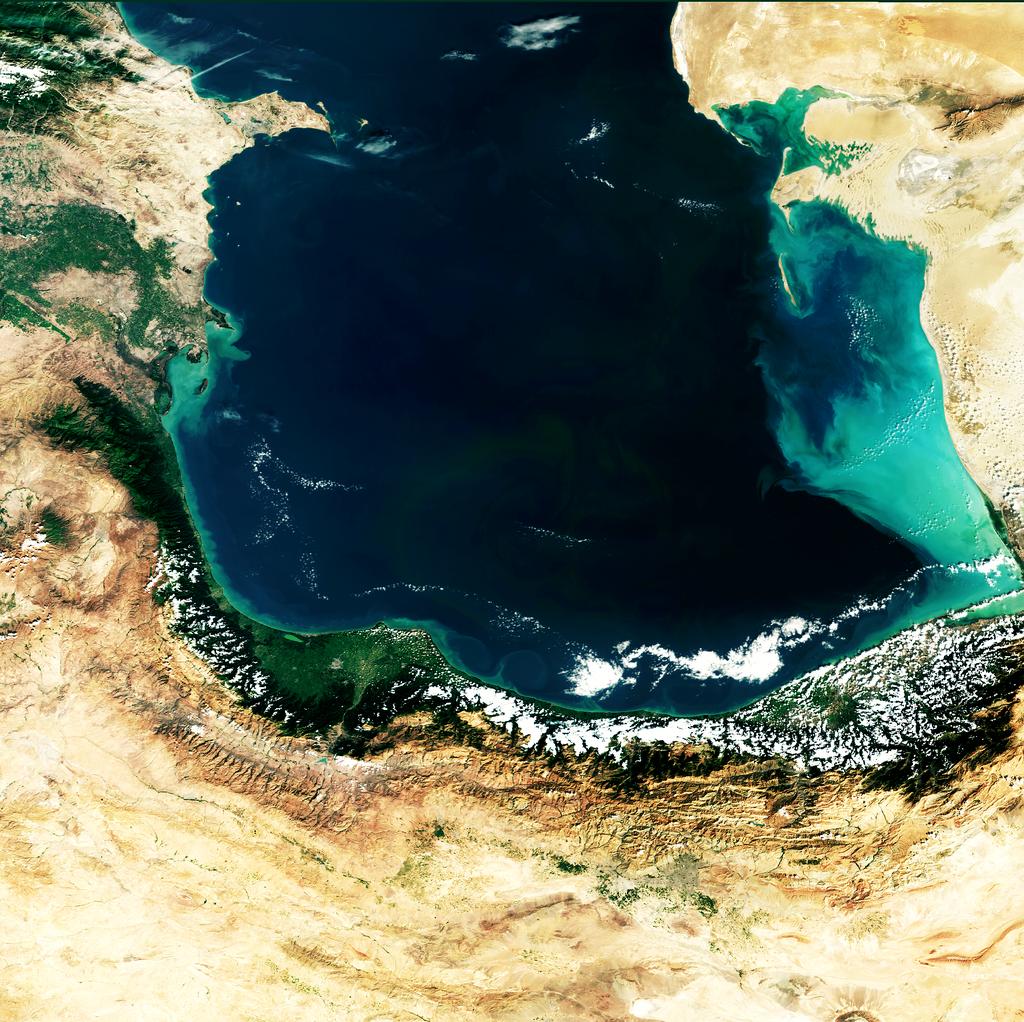 Surrounded by dry desert on pretty much all sides, there is a dark green forested strip, covered with clouds. This is a result of northerly winds over the lake interacting with the Alborz mountains.

The result is heavy rainfall year round, although it is dryer in the summer. The mountain heights cause heavy snowfall on the high pastures in wintertime, and the melting snow inundates the lower forests all summer long. The result is cool, wet, mountain rainforest. No other ingredients required. 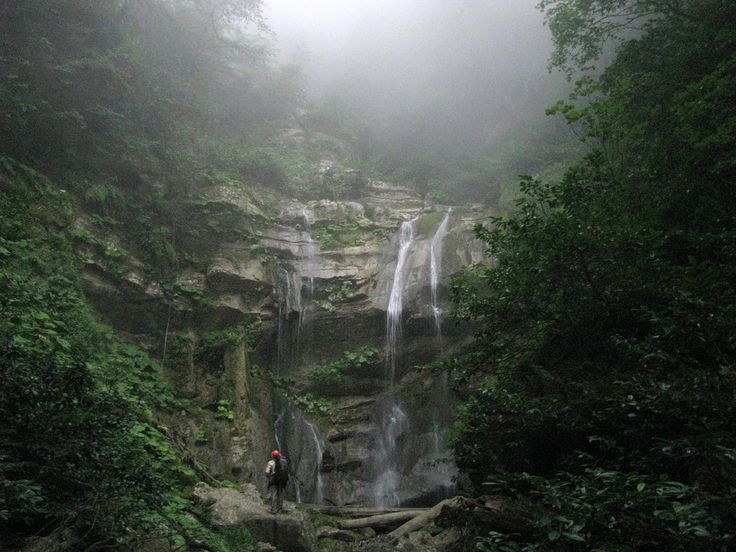 It seems unlikely that quickly growing roots could circumnavigate the planet in 9 years. But I have a way you could do it. Hopefully I'm not too far off what you are trying to achieve.

Imagine a huge root system that goes around the planet in a belt, draws it's nourishment from whatever lakes are around. As night falls on part of it, it's basically autumn, the trees lose their leaves, the local roots draw in what they can and go dormant while the trees eventually die and fertilise the earth while the roots lie waiting below the frost for the next spring/day. Mushrooms spring up etc,.

With the areas that are just lighting up the roots feel the change and start putting out shoots and growing very fast for 9 years. So you have a moving rain forest in a belt around the entire planet where it's daytime and a bit of the night. Thickest and biggest at the trailing edge, and more sparse and younger trees at the leading edge.

The rain forest fauna would have to move with it, but I can imagine all sorts of specialists that might thrive in the leading and trailing edges and among the dying trees in the night.

They can do the things like throw seeds everywhere, have symbiotic relationships with animals etc, as well. It helps them spread and compete.

You could even have the rain forests only appear in suitable places, with pine type trees in suitable environments for them, all depends what roots are waiting for the sun to warm them.

This is probably the only way you could have specialist rain forest fauna. Otherwise they'd all die waiting 9 years in the dark for the seeds to sprout, if everything moves then they can evolve to move with it. The reason I use roots instead of seeds, is the water supply problem. Roots can store a lot, and with 9 years you can move water for a lot of km if you're imaginative about it.

If the different species had all evolved to share water for instance, you could basically have a suitable environment for all plants with water permeating through for hundreds of kilometres over time. So grasslands, wetlands, the whole deal.

Basically you're just transporting the water underground instead of in the clouds.

Remember that since this is an alien planet it doesn't need to follow the normal rules of the plant/animal dichotomy here on Earth. Even if they do, they don't need to look like Earth rainforest to have a similar sort ecosystem/niche.

Tapping into geothermal energy is also possible as a way of staying alive, maybe even allowing some small stationary animal life depending on how much can be collected and put to use.

Another option for night survival could be semi-carnivorous supplements, possibly acquired through a symbiotic relationship with a species of swarming/social animals who hibernate(or even remain active?) inside it during the night-winters.

The water comes from the ground, and from the sea, that's nothing new, the rainforest set lower than the sea level, and the seas are somehow connected with the ground, and water is leaking in there here's a useful pic:

Basically, the sea's pressure can press the water through cracks in the containing layer ( the "vízzáró")

Not the answer you're looking for? Browse other questions tagged reality-check environment geography alternate-worlds or ask your own question.

40
How can I explain a planet with perpetual rain?
6
A city where it doesn't rain in the day, for a month, and can farm on the outskirts
44
How can I explain English existing in a fantasy world?
35
If my world is flat (obviously not possible) how would I explain the edges?
6
Solar insolation/flux's effect on biome diversity/richness on an alien world
5
Can I have a forest in the rain shadow of a mountain range?
16
How can I explain a device that blurs vision within a localized area?
6
Converting deserts into more hospitable places by inducing rain through the ocean?