Would the sort of tectonic activity described below shorten Earth's lifespan?

Now in an alternate Earth, the map of the 21st century looks a bit like this: 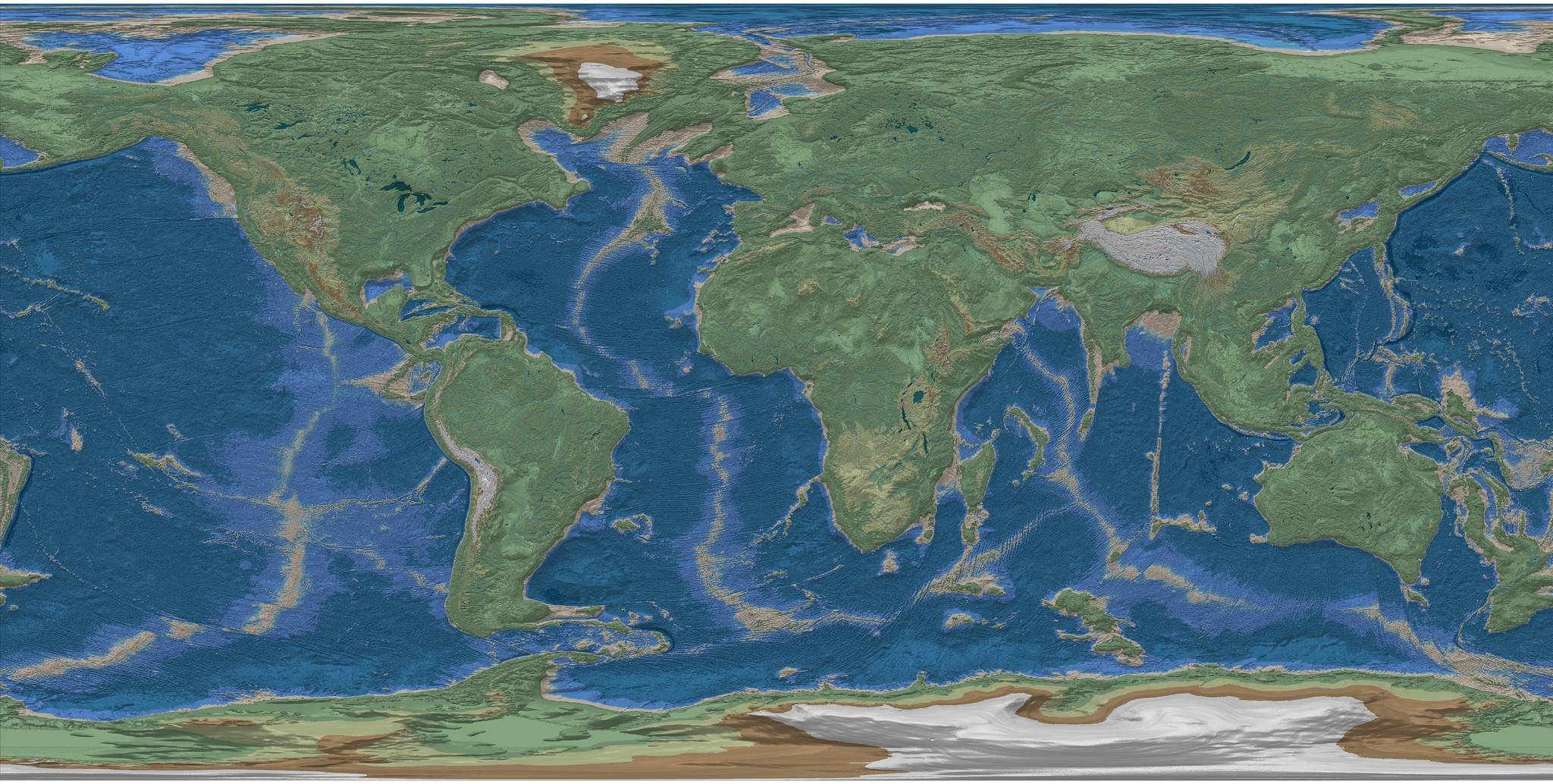 Hanley Brand made this map with the intention of what Earth would look like if sea levels were to be reduced so substantially that all of the continental shelves are now above sea level. But what if, instead of sea level drop, this was made as a result of magmatic hyperactivity?

Here's the scenario: From 56 to 23 million years ago, magma had been on the acceleration, thickening the granitic bases of the continents and performing the ancient magic of turning basalt into granite. At the rate that the magma would have made to create all of this, would this have resulted in such a drain in the magma reserves to the point of shortening the remainder of Earth's lifespan?

Radioactive decay (and momentum and gravitational potential energy) are what made the inside of Earth glowing hot.

Turning some of the more superficial basalt into granite would only:

If the magic shabang you mention ever happened, my guess is that it would have not shortened the core life.

Not the answer you're looking for? Browse other questions tagged science-based geology alternate-earth .

3
Russia's Alternate Geological History
11
How would a world with drifting land-masses be mapped/charted for navigation?
5
Antarctic Climate on Greenhouse Earth
22
Is this coral lagoon geologically possible?
4
How Would Plate Tectonics on an Inverted World Work?
6
What is the crust of a habitable planet with Io-like heat-pipe tectonics made of?
6
What Will My Alternate Earth's Climate Be Like? (Basically Speaking, Not Asking Much)
5
What would Inversia's climate map look like?
10
Cooking in a hyperbaric kitchen?