What Will My Alternate Earth's Climate Be Like? (Basically Speaking, Not Asking Much)

Ultimately, this scenario will depend on whether or not this alternate Earth would orbit one G-type star or two, and whether dawn would still be in the east, like back home, or in the west, like in Venus. But for now, let's assume that this alternate Earth orbits one G-type star at a distance of 93 million miles. The one difference is this--the axial tilt varies between 19.7 and 26.9 degrees over a cycle of 122,000 years. Here is the map: 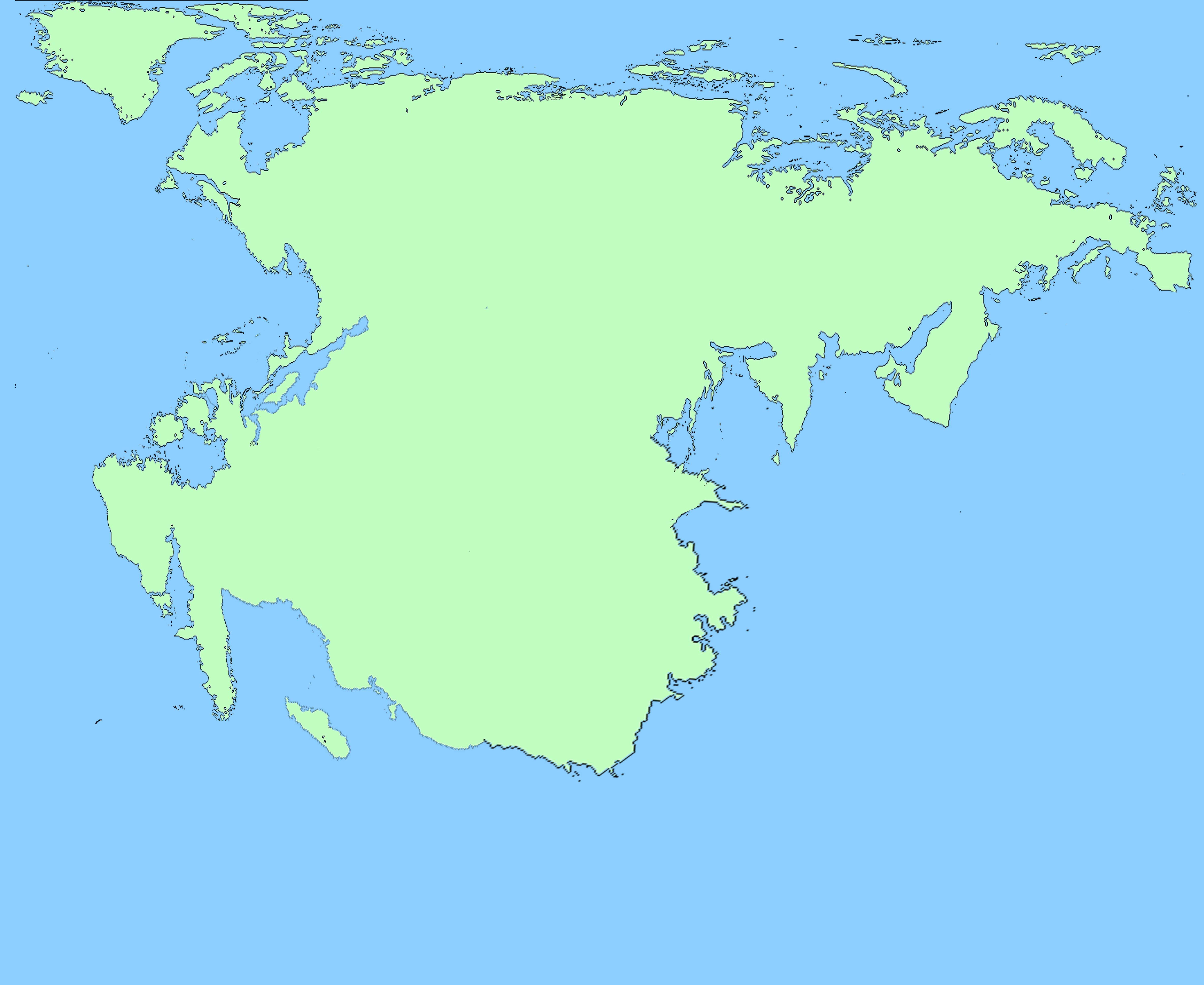 It's not much, so here is how it looks in comparison to our map, out of respect for how climate changes with latitude: 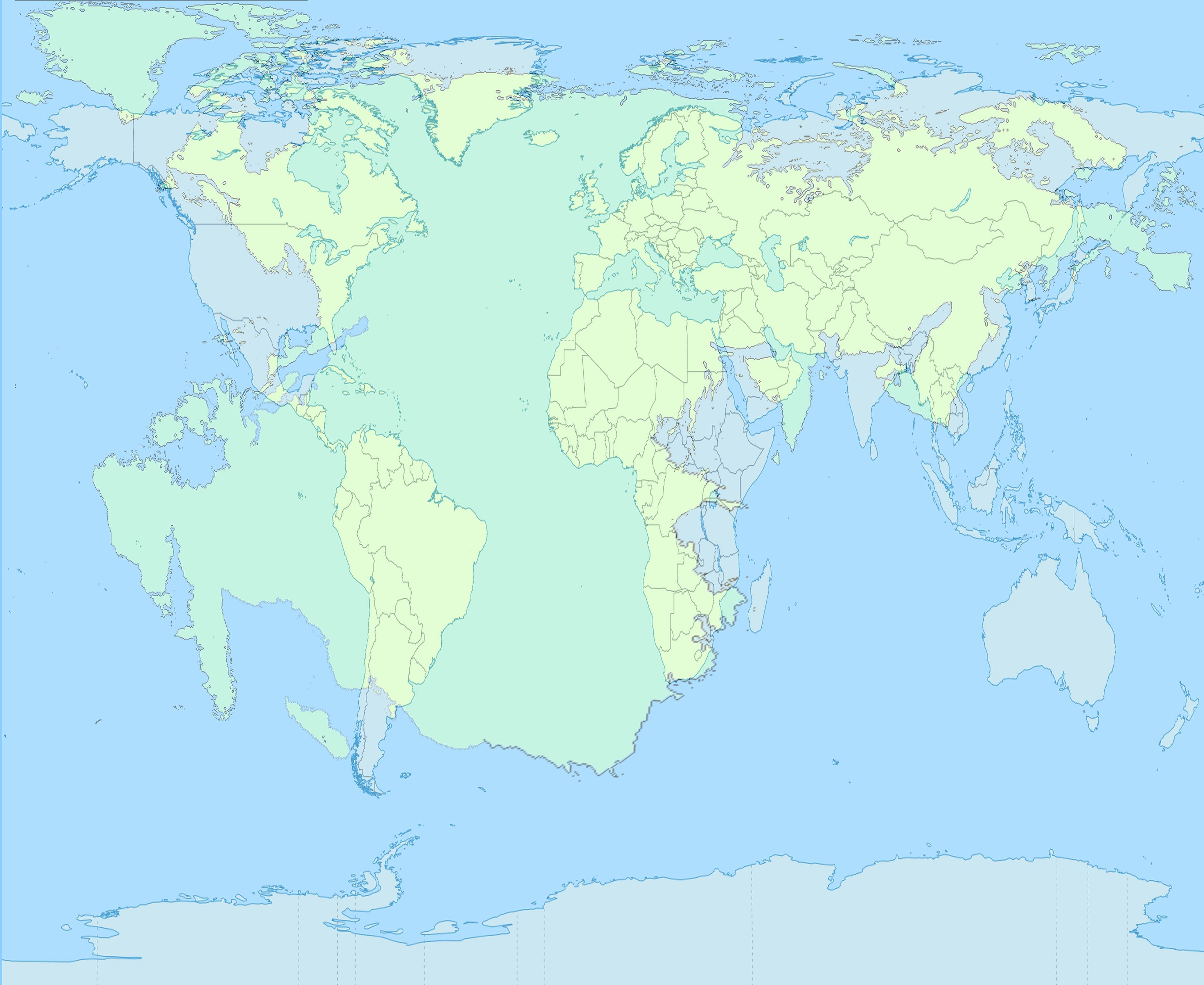 It still does not say much, I know, so I have sealed the deal with a mountain ranges map: 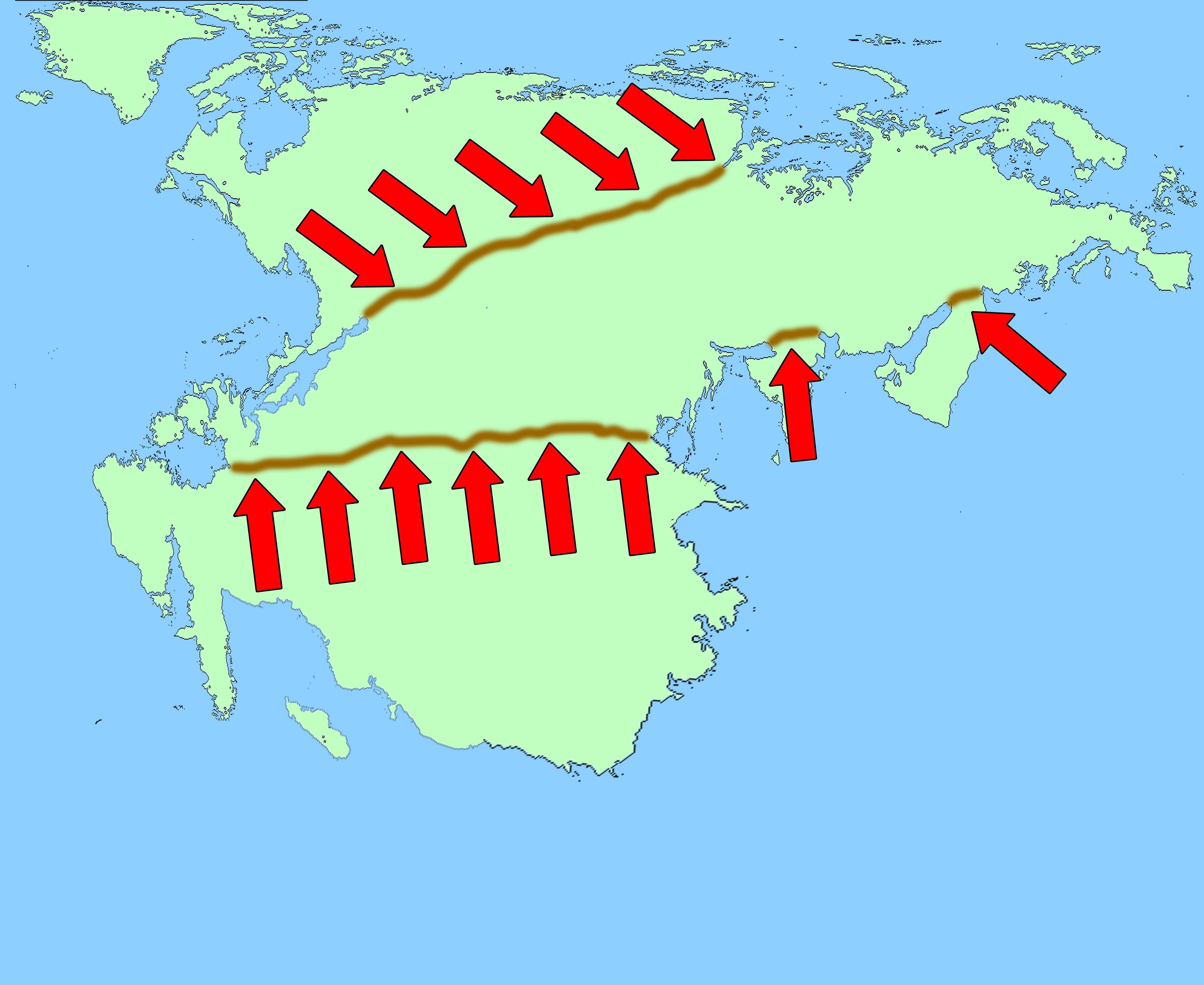 The ranges vary in height above sea level from 5,885 to 8,848 meters. The arrows indicate the directions in which the mountains are rising, therefore the landmasses are colliding with each other. It's reasonable to believe that behind each plateau comparable to Tibet.

In the event that one of you would be asking about atmosphere, since it does play a part in climate, too, oxygen makes up one-third of the atmosphere and there are 4500 parts per million of carbon dioxide.

So with all the information listed above, what would the climate of this alternate Earth be like?

(I'm not looking for all the Koppen complexities, just something more basic.)

Your planet would be hot. Quite hot.

With 30% O$_2$ and 4500 ppm CO$_2$ you've essentially married the conditions of the Cretaceous Thermal Maximum, one of the warmest periods of our planet's history when global temperatures averaged up to 35°C and the poles were ice-free cool temperate regions, and the Cambrian greenhouse period, when CO$_2$ levels were around 4000 ppm and global temperatures averaged 22°C (with high latitude seas exceeding 20°), much warmer than today's average of about 15°C.

This study into the paleoclimate abstracted the Late Cretaceous climate as follows: 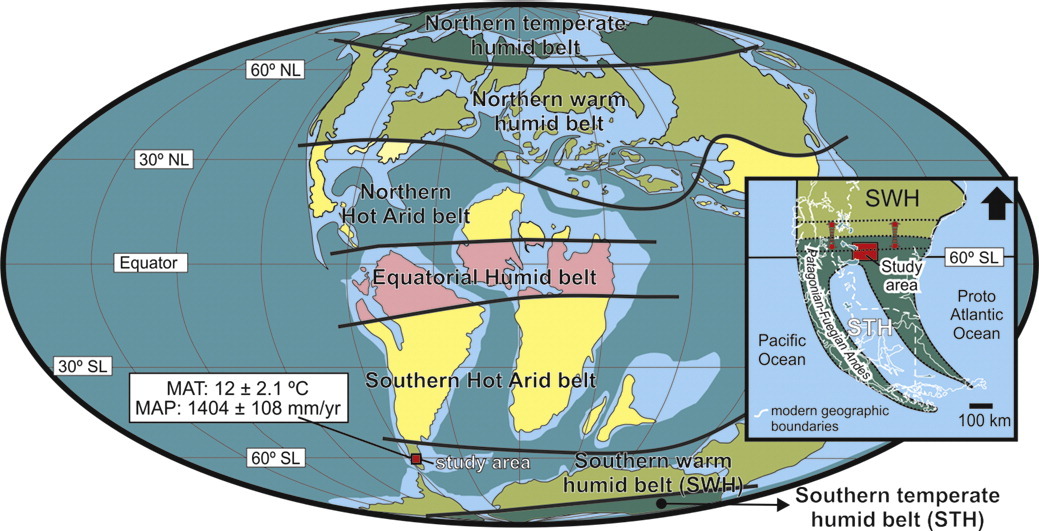 Using Artifexian's guide to climates on hot planets I've estimated your climate to the following: 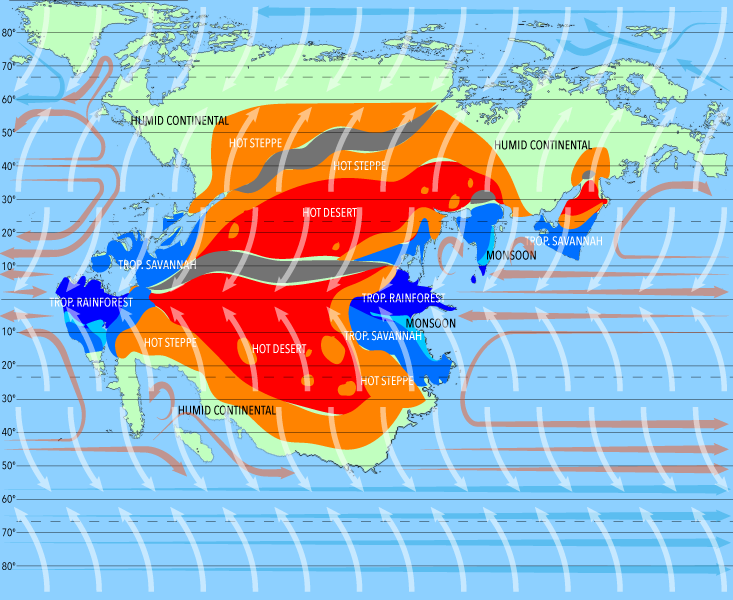 Here are an approximation of your prevailing winds from orbital motion: 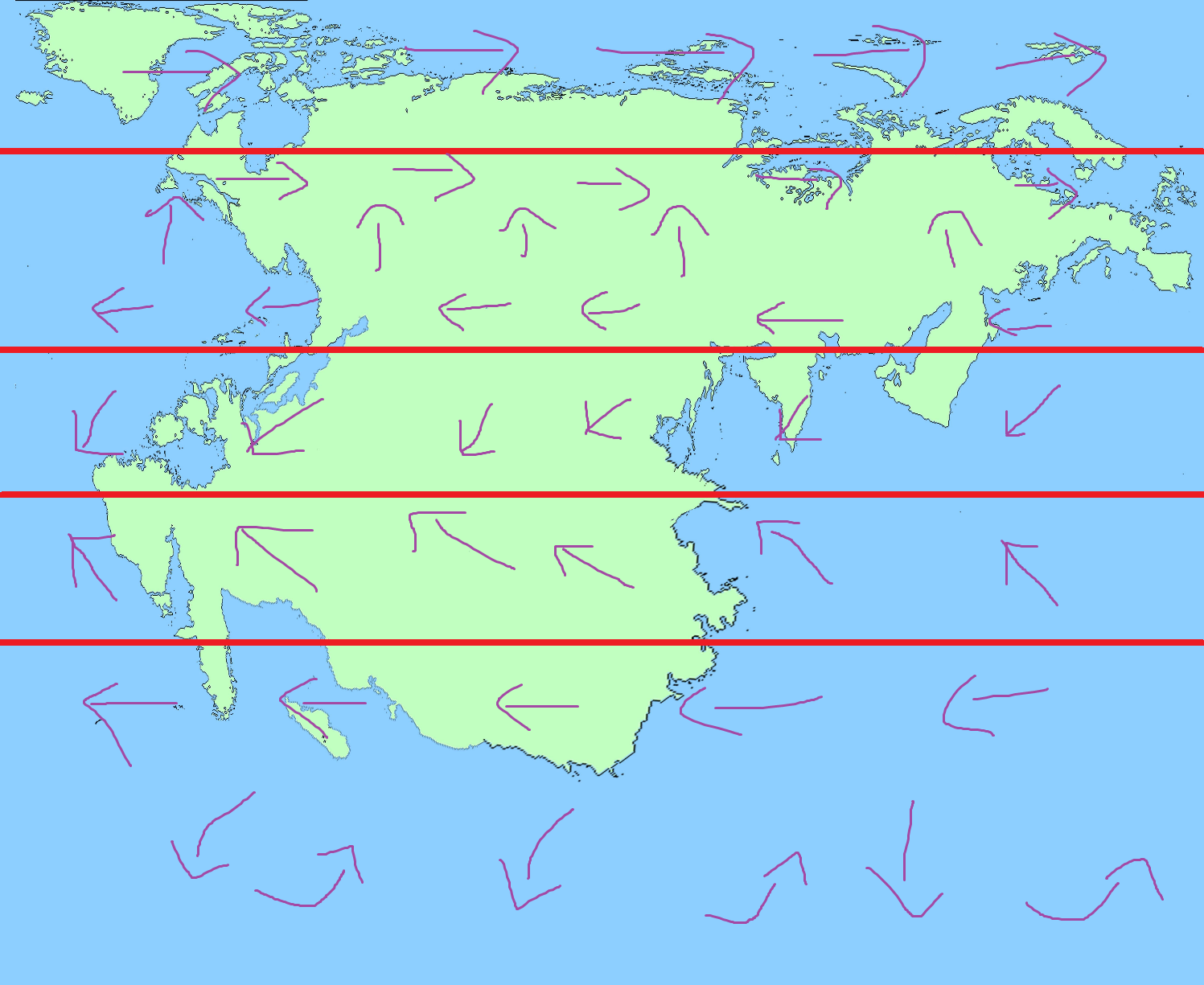 I've basically taken the diagram from Wikipedia's prevailing winds, the red lines match the lines on the globe diagram.

From this prevailing winds diagram, you can follow the same process I did on What climates can I expect on my fictional continent?

The affect of the tilt of basically 28 degrees is gone into here How to Determine Planetary Extremes of Temperature from Average Global Temperature?, you're going to get very cold winters and very hot summers, and most of that top detailed coastline will not see much sun for months.

Not the answer you're looking for? Browse other questions tagged science-based climate geography alternate-earth or ask your own question.

5
How to Determine Planetary Extremes of Temperature from Average Global Temperature?
4
What climates can I expect on my fictional continent?

3
If Tibet Could Do It, Should Other Plateaus?
0
ELEVEN Inner Planets?! What Will the Ice Ages Be Like?
7
Plant and Animal Life in a Taller Tibet--Possible or Not?
5
Climate Map Climate
5
How Would a Continental Landmass Sink?
5
How to Terraform a Dead Earth
4
What Would the Climate Be Like on this Extreme Alternate Earth?