How big would fairies' wings have to be so that they can fly if they are five feet tall?

I have a group of fairies that are under five foot tall, with lightweight bones. I need to know big their wings would have to be.

They would be four wings in a dragonfly structure and they need to be able to be folded up.

WINGS WOULD PROBABLY BE 3 M LONG - THOUGH POSSIBLY JUST 1.5 M

The largest bird to ever fly was the Argentavis. Argentavis had an estimated height when standing on the ground that was roughly equivalent to that of a person, at 1.5 to 1.8 m, and its total length from bill tip to tail tip was approximately 3.5 m. It weighed up to 72 kg, with a wingspan of up to 6.5 m. This shows that flying creatures can be as big as a human - the question is if it can be humanoid with dragonfly-like wings.

Unlike bird wings, dragonfly wings are stiff and flat, generating no lift when gliding. Also, as others have mentioned, double wings aren't as effective as single wings for providing lift, though they provide better maneuverability. In return, they will probably be lighter than bird wings, even if scaled up, and the double wings provide a greater wing area for gliding (though this isn't a major factor).

As a simple assumption, let's say that dragonfly wings as wide as those of the Argentavis can lift approximately half the weight, meaning that a fairy with a wingspan of 6.5 m could weigh as much as 36 kg. That's not much lower than what is considered normal weight for a 5' human (down to 44 kg), and if a fairy is slimmer and has lighter bones, 36 kg seems very feasible.

If the fairy wings are attached 50 cm apart, each wing will be 3 m long, or about twice as long as the fairy is tall. If the fairy is standing on the ground with wings folded, they will extend maybe 2.5 meters behind the body, assuming they are attached at the shoulder blades. This may be feasible, if impractical. Alternatively, if the wings can be folded in half, they will not extend all that far behind the body.

This of course depends on the assumption that dragonfly wings are only half as effective as bird wings. If we make them equally effective, perhaps due to faster flapping, half this wingspan could suffice - especially if the fairy is lighter than the 36 kg of the Argentavis. Then, even wings that can't fold double would not trail far behind the fairy's body when folded flat.To achieve this rapid flapping, the muscles driving the wings would have to be very strong, possibly more than would be possible with mammalian muscles.

You're reaching the limits of what is feasible. 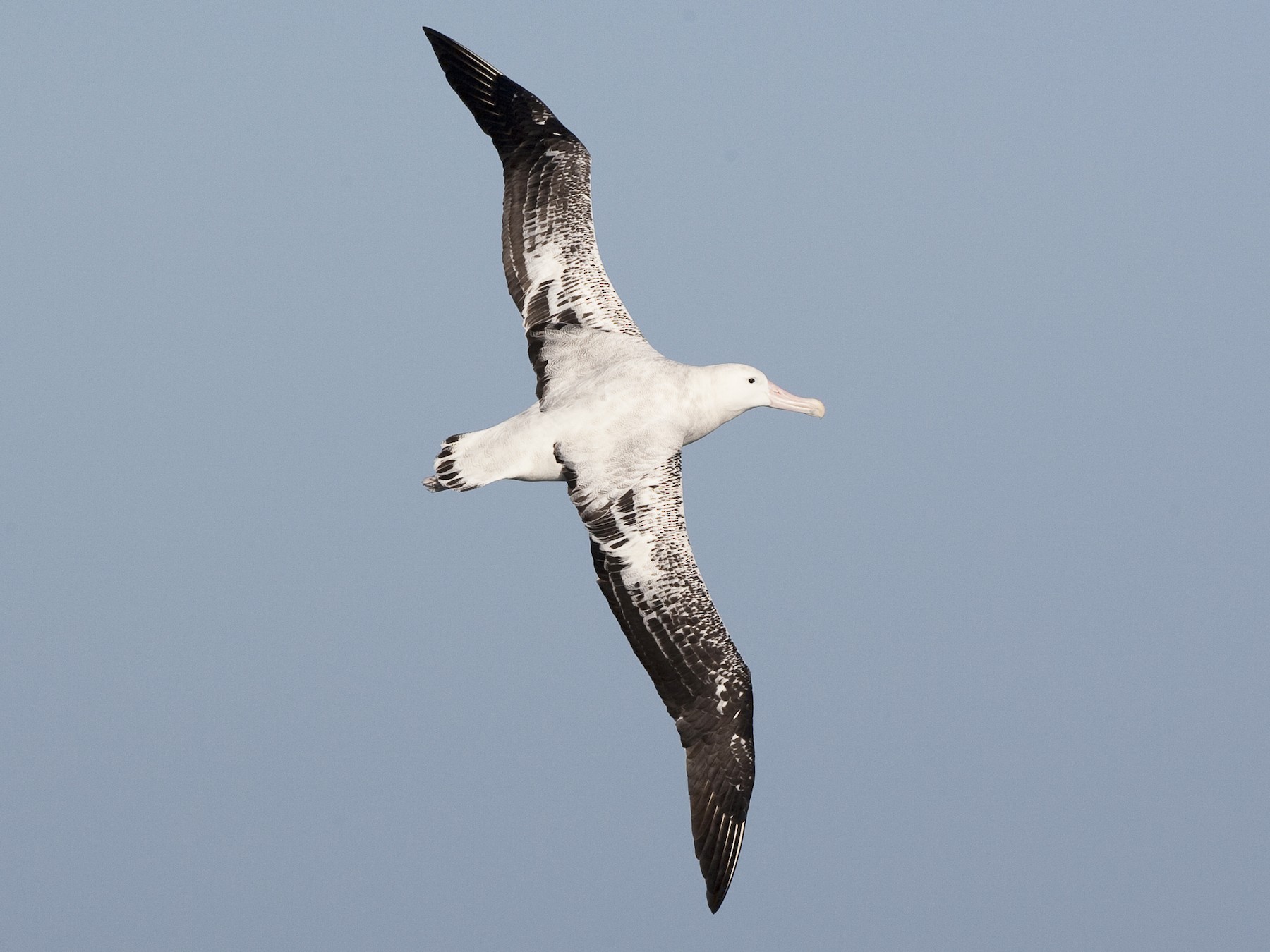 The largest bird is about 4.5 feet tall at the tallest, and is about this tall.

Double wings offer greater manouverability, which is great for insects which navigate tricky environments, but they offer less lift than a single longer wing because each new wing tip adds vortexes which increase drag.

As such, with inefficient wings and the absolutely massive size they're beyond normal biology. Perhaps they could glide short distances, but not much beyond that.

Using some very exotic bones and lungs you could push the effiency up, so their mass was much lower than comparable species, with sci fi materials like carbon nanotubes or magical reinforcement. This would make fairy bodies prizes and exotic materials for their properties, and allow them to fly at their height with wings around as long as the albatross below, 3 meters.

8
What size would my race to be to be able to both use insectoid wings and have moderate intelligence, sentience, and general mental aptitude?
7
Human Dragonfly Wings
1
Viability of a jet modelled after a dragonfly?

11
Could fairies be a hominid subfamily?
9
How much would a 1 foot tall human weigh?
9
What evolutionary pressures would lead to fairies?
35
What do fairies wear and how can they evade detection by our cameras?
39
Why do gargoyles have wings when they can't fly?
2
How would a horse-like animal fly using artificially engineered wings?
12
Fairy architecture
50
Travel for fairies
4
Rail Transportation with Races Described Below - Specifically, Seating
3
19th Century Store Shelves for These Races: Or, I don't want to have ladders in 19th Century shops