Could an animal act like a plant? (Meaty Plant)

Could an animal act like a plant? (Meaty Plant)

I'm trying to make a plant-like organism to make the flora more intriguing on my alien planet. To help you get an idea of what I mean think of Flesh pit or Temptors (The Tempors are a much better example, but the flesh pit is kinda similar I think)

So is it possible

Also, if you could give me an idea on how they would reproduce and eat/gather energy I would very much appreciate it.

Can an animal made of tasty tasty meat just kinda stay rooted to one spot, and still obtain enough nutrients to survive? Sure! There's a whole wide variety of sessile organisms out there. They're basically all aquatic though, because water provides a convenient medium that can carry food to them in the form of floating detritus and plankton and so on.

What you're presumably after though is something on the surface, and that's a much tougher sell because on land photosynthesisers are generally fastened to something instead of just drifting in the current, wafting past your feeding bits in a convenient way.

I can't find any real-world examples of what you want... being able to be mobile on land just seems to be too important. There are some things that approach what you want, though. Antlions don't have to stay in the bottom of their death pit, but they can. The likes of trapdoor spiders almost fit the bill too... you can almost imagine something that has looong legs and can deploy a net of silk triplines around its burrow, and reach out and eat something coming past that triggers them.

In any case, what's needed is food, and plenty of it. On land, I think this probably limits the size of the sessile animal... a big one needs lots of food, and maintaining a "flow" of food over long periods of time is quite tricky and there's a serious risk of any prey species taking a slightly different route over time, leaving their rooted-to-the-spot enemy to starve to death.

Possibly you could have some sort of periodic swarm of some small animal, and a bunch of "filter feeders" who spend much of the year in some kind of deep torpor, waking up only to grab their annual snack. They'd be at risk of being predated themselves though... note that sessile filter feeders in the sea like barnacles and mussels and anenomes appear in vast numbers making it awkward to eat them all. Tiny hand-sized insect eating things might not be quite as exciting as scenery, but there you go.

A purely photosynthetic meaty animal seems unlikely to exist. Symbiotic relationships with photosynthesisers do exist, in things like corals, but they really aren't very meaty. After all, what use are muscles when what you really need to be doing is just spreading out and soaking up the sun? That extra mass is expensive and not really very useful.

Reproduction will probably involve a mobile form... nobody wants to live too close to their family, after all. Also, its a risk being localised, and it makes it hard to exploit distant resources. For aquatic organisms, it is usually the larval stage that swims around til it finds somewhere nice, and puts down roots. Sea currents do a good just of moving tiny larvae around, so they don't need to be super capable. On land, the antlion is the larval form of a winged adult which does the moving around and reproducing and is rather more adept at getting around than a planktonic larva in the sea. Thematically, you could limit the lifespan of the adults by various means (dying after reproduction is a classic in the real world, with occasional extra tricks like not having a digestive tract to discourage hanging around) so the primary form encountered is the static larva with occasional brief mating swarms followed by a quite patch whilst the next generation hatch and grow. 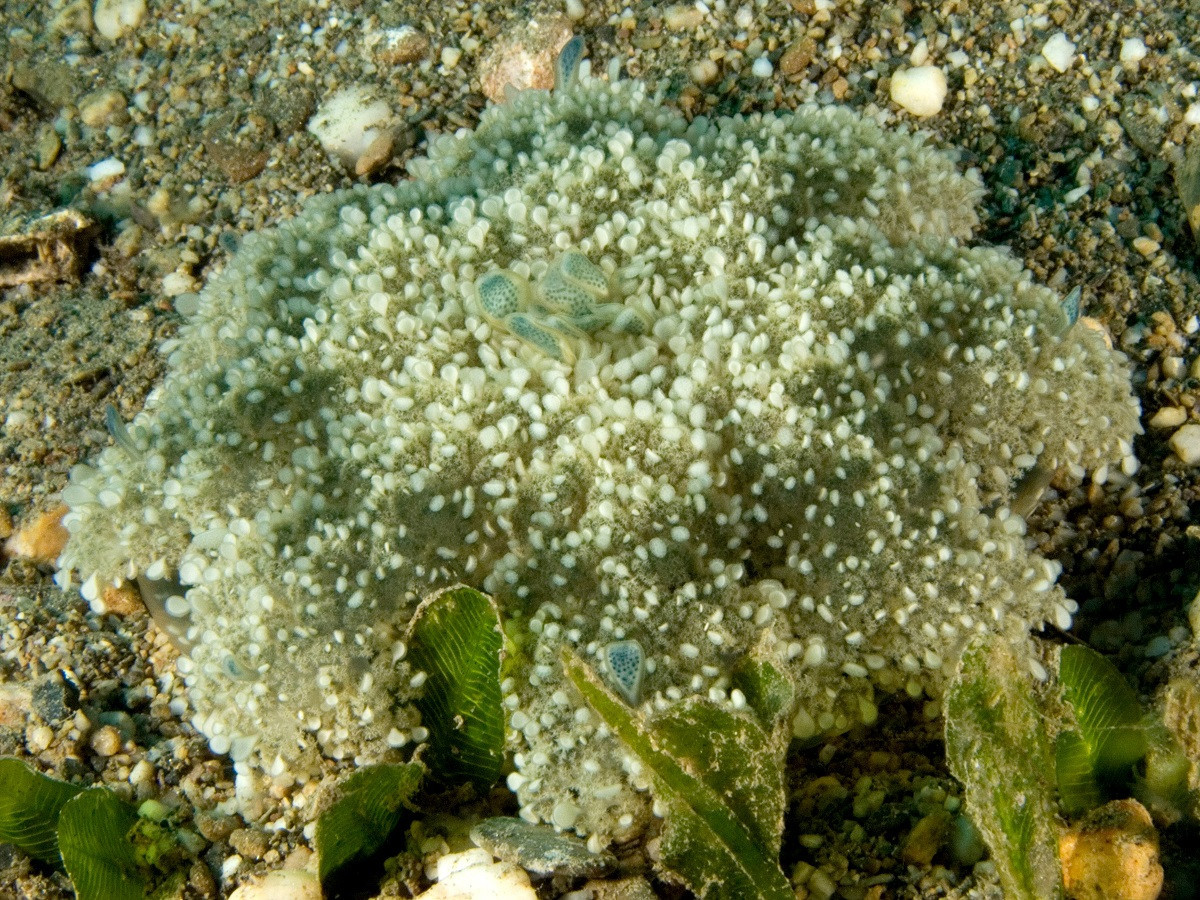 There are lots of ocean animals with photosynthetic endosymbionts that are your meaty plants. Corals, jellyfish (like cassiopea here), clams, worms, etc. They eat a little bit to get protein but get their carbon and energy from photosynthesis.

I am not aware of any land animals with photosynthetic endosymbionts. I think the issue is that dry land animals have to move to gather resources - water if nothing else. But an animal in a wet environment with the lifestyle of a carnivorous plant (flytrap, sundew, pitcher plant) is totally plausible.

6
High-Altitude Life?
60
Why is this creature afraid of water but not of body or plant fluids?
10
How would a sentient planet work?
16
How could an Earth-like planet develop huge pinkish-purple forests on ocean surfaces?
0
Foul Smelling Flatulence Flyers
4
Feasibility of nurgle inspired species
6
Bee-like vertebrate flight surface
5
How large could a hive of giant animals be?
0
Core= equals soul= after life is biologically possible
6
Could alien microorganisms "infect" our own microbiome clouds and then "pollinate" us?