How would a sentient planet work?

I'm trying to develop a planet which has somehow developed sentience. By sentience I mean more of an animal intelligence than being a person. So far I've got a couple of ideas:

To provide some context to this, I'm not super worried about it being 100% scientifically accurate, however I'd like it to be somewhat plausible and make logical sense as a type of animal. The setting is sci-fi, not fantasy. Ideally I'd prefer going for the planet as a creature scenario and use the other one as a backup.

EDIT: One important question if the planet itself is an organism travelling through space, is how does it provide light for its inhabitants? I'm not sure if having a small sun orbiting it (Discworld style) is really plausible. Another option is having some sort of self illumination mechanism, which I don't really have the knowledge to come up with.

I am also interested in having a symbiotic relationship between the planet and its flora and fauna. It's obvious what the planet provides for them (a suitable living environment), however what does the planet get out of this relationship?

I will provide one example in literature for each possibility you mentioned.

One of my favorite games ever is Sid Meier's Alpha Centauri. It is like his Civilization games, but in a planet around Alpha Centauri rather than Earth. In this game there is a character called Planet (with a capital P). From the SMAC wiki:

Planet is what the living organism that dominates the planet is called. In earlier scripts it was called Chiron.

Its fungus acts as a giant brain. It can control all forms of native life, using them to attack any who upset it.

When the settlers get there, they are surprised to find that the dominant likeform on the planet is a fungus. Later they discover that the fungus is psionic, that it has merged with all other lifeforms, and that it has a single mind. Some of the settlers even manage to merge with Planet itself.

Planet also has the power to direct its fungal parts' growth, in order to interact with allies and foes. 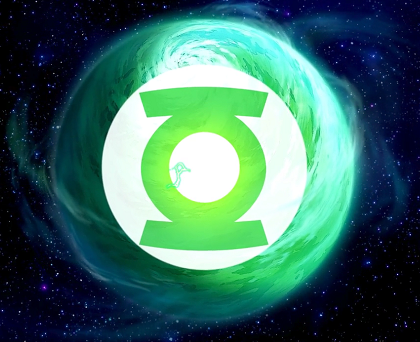 Mogo is an important member of the Green Lantern Corps. He is the one who forges new rings. I don't know whether he was made sentient by the guardians of the universe, but given their custom of granting GL membership only to the bravest and most honest sentient being of each sector, I believe Mogo was sentient before being made a GL.

Other ideas about intelligent planets:

EDIT: One important question if the planet itself is an organism travelling through space, is how does it provide light for its inhabitants? I'm not sure if having a small sun orbiting it (Discworld style) is really plausible. Another option is having some sort of self illumination mechanism, which I don't really have the knowledge to come up with.

Cherenkiv radiation makes for the most beautiful blue light you will ever see in your life. However, unless you belong to a species that evolved in an environment with lots of it, staring at this beatiful blue light will tend to shorten your life.

Other than that, bioluminescent fauna, but specially flora, might do. By the way... If there is not enough starlight for your planet, then the most probable energy source for ecosystems at large in your planet is chemosynthesis. This is not renewable and the life on that planet is living on borrowed time (compared to a planet like Earth). Alternatively you can handwave a number of energy sources, i.e.: a stable wormhole brings energy from somewhere else, keeping the planet core hot, and life thrives on thermosynthesis... Or the planet orbits the galaxy core sufficiently close to it that it gets enough radiation (but that adds other problems, such as being in a nova-rich space).

I am also interested in having a symbiotic relationship between the planet and its flora and fauna. It's obvious what the planet provides for them (a suitable living environment), however what does the planet get out of this relationship?

In Steven Universe, an alien species reproduces by extracting ores from planet crusts in a very predatorial, unsustainable way. Native fauna and flora might make it harder for an invading, predatory destroying species to cause damage to the planet - so the fauna and flora would act like a planetary immunoological system.

Or maybe the planet just wants to play god. In games such as Sim Earth and Sim Life, for example, for all practical purposes you are the planet itself - and there is no reason to keep the simulation going other than for the player's amusement.

A lot of thing produce light, not just stars. Sure, a star makes lots of light, and can illuminate massive regions, but there are also other solutions.

Electric charge - Imagine a Fluorescent lamp, but on a larger scale. maybe mercury vapors captured in clear ice (or anything clear) and then currents from a "nervous system" of your planet go through them, lighting them up?
It can be set up in a way that typically only one area is intensely illuminated. That way you can have day and night (or close enough).
Btw, Neon lamps can also serve as a model, allowing you to use more gases. Maybe a mix, giving different colors in different regions?

Hot stuff - Sure, hot stuff tend to be dangerous to humans, but not all creatures are born equal, and if life is to develop on a planet, it will be accustomed to it. This means (a) specie(s) may evolve on your planet, and they can survive an environment full of "hot stuff".
An important question is, what is "stuff"?
It can be constant streams of lava/magma, an eternal flame, or possibly you can make up a geological event that suits you better.

Chemical reactions - Many reactions produce light (and heat, which wasn't mentioned in the OP, but it's also quite important for life).
Generally, these are called exothermic reactions, and there are many, many out there.
A few things to consider with these:

Bioluminescence - This one can go in a huge variety of ways. It can be a creature/plant that evolved on the planet, or parts of the planet itself, though that is more of a geological thing (and I couldn't find any on earth, far from a geologist though).

Sentient made light - Maybe no life evolved on the planet? What if it was colonized when near to a star. When it started moving away, the creatures realized they'd be doomed without light, and created a network of lamps (or an advanced alternative).

Lot's of things make light, so there's a variety to choose from. All of these need some development to work on a planetary scale, and that needs to be done by you (you know your planet much better then anyone else). Also, some of these (coughexothermicscough) will need more development and hand waving then others, but some can open up cool features for the planet, like the electric solution I suggested (which is why I like it the most).

Terry Pratchett came up with an interesting one, The First Sirian Bank is the legal name of an intelligent planet, 7000 miles in diameter. A large solid asteroid/planetoid with crystalline semi/superconductor impurities, a complex of fault lines that create a massive complex of circuits. It actually celebrates the fault shift that made it sentinet. It Acts as a a central bank for the galaxy and in return they build it sensory interfaces and propulsions systems.

Replace crystal with fungal and you have the same effect.

Of course there is a wiki list of living planets you can look at for inspiration.https://en.wikipedia.org/wiki/List_of_fictional_living_planets

Not the answer you're looking for? Browse other questions tagged biology creature-design science-fiction space fauna or ask your own question.

75
How Long Could an “Eternal” Fire Last?
9
Space Whales, how to survive?

6
How feasible is a naturally armored creature in a desert environment?
9
A world with only sunlight and a world with no sunlight (Fantasy)
4
predator and prey developing intelligence
6
Animals with natural biological harpoons, any particular edge which they would have over other predators?
9
Keratin wings: would they work?
20
How does a mimic move?
3
One finger, one thumb, one arm, one leg, one nod of the head
3
Pack animal (land) that can travel long distance on windy planet