So I’ve had this idea cooking in the background of my mind for a year now, and I’ve never made it work.

Simply put, a bee has two pairs of wings, but is commonly drawn with one because the two move in unison due to a row of hooks attaching the back of the forewing to the front of the hind wing. 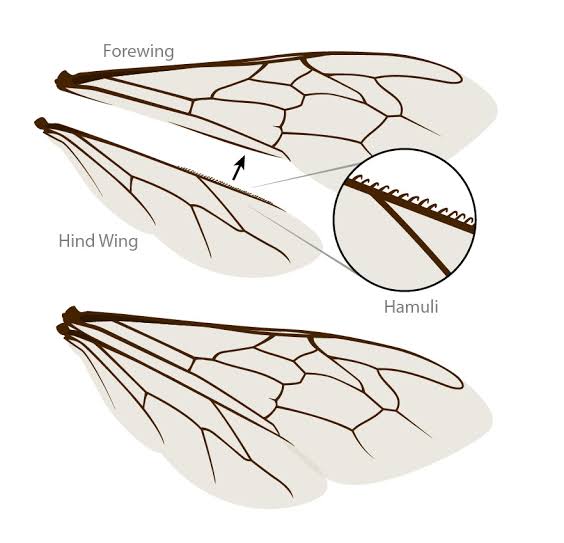 Due to this adaptation, the hinds wings have less power in their wingbeats, acting mostly as an extension of the forewings’ flight surface area. This is an incredibly unique adaptation, and one I have been trying to scale up.

I want to use a similar set up with my speculative alien, wherein a dog-sized vertebrate-like organism with digit supported membranous wings (much like a pterosaur) would have retractable flaps of membrane along its flanks that it grabs with hooks or a similar structure on its wings to increase surface area. To compare with bird anatomy, this attachable wing surface would comprise of the equivalent of the secondary feathers and the inner part of the primary feathers, with the ‘finger’ supported membranes forming the rest of the primary feathers. 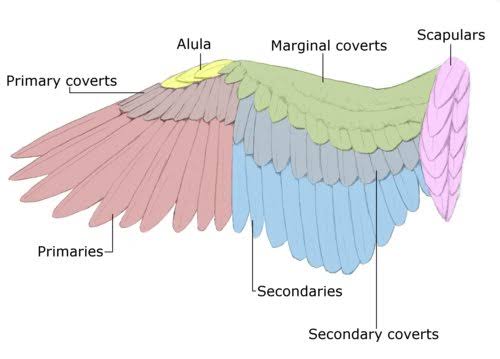 The problem lies in evolution.

The evolution of this trait in bees is pretty intuitive - two powered pairs of wings, the hind wings grow smaller as the forewings are prioritized and as single-pair flight is selected for, hooks develop that make both flight surfaces into one unit.

The same can’t be said for my design, as the membrane would seemingly serve no function before being adapted as part of the wing, unlike the hind wings of bees. There are advantages sure, as while much of the flight surfaces are tucked neatly against the flanks the wing arms can move unencumbered, allowing more mobility and utility than a pterosaur wing out of flight.

Is there an reasonable and likely evolutionary pathway that would create such a structure? And if not than what alteration would make it more feasible?

TLDR: What evolutionary path may facilitate a bee-like wing arrangement in a vertebrate?

Edit: To clarify, the secondary flight surfaces only attach to the flight limbs during flight, unlike arboreal gliders like flying possums and sugar gliders.

Flaps were there first.

How can I pass up a shout out for the awesome colugo? 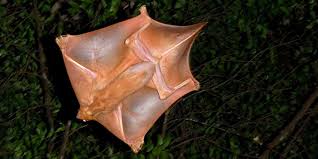 The colugo is an excellent glider. Its flaps are not unique; sugar gliders and flying squirrels are similarly structured but not closely related. You can see the colugo is well provisioned with flaps upon flaps - out from flanks between fore and hind limbs, forelimb to neck, between hindlimb and tail.

Your flier started as something like a colugo. Then in your world, evolution favored organisms with the power to flap the forelimbs (maybe to extend flight time?) and these evolved into winglike structures. Your creature already supports its wings with a hypertrophied digit equivalent and so the entire forelimb / wing is essentially made from the structures we use as a wrist and hand. That leaves other "digits" free to hook and deploy the ancestral flank flaps (and neck flaps if you like).

Gliding is a lot more common in the animal kingdom than powered flight, which must be tricky. It is an interesting thing that apparently there are (to my knowledge) not extinct or extant gliders who went on evolve powered flight. But it is not an outrageous prospect and it can be the route taken by the ancestors of your animal.

Not the answer you're looking for? Browse other questions tagged biology creature-design evolution xenobiology .

9
Alien Wings, a Different Design
8
How can a vertebrate animal evolve for extended flight before living on land?
7
Alien moss with bee-hive like drones and warriors
11
Vertebrate-like creatures with more than four limbs
6
Can a Vertebrate have an Assassin bug-like Proboscis?
5
Creature Design Challenge- Extreme Gravity Flying Vertebrate
7
Planet where animals capable of flight couldn’t evolve?
8
Scaling up the bat wing: still a good alternative for a large flying animal or inferior to a pterosaur wing?