How can three separate magic systems benefit over an all-inclusive one?

In the land of Gnosticia, legend speaks of a messiah who would lead his chosen people to greatness as a far flung empire. This prophecy came to pass when a child was born to a virgin woman, and would go on to teach his people the gifts of magic. After some time, this child would ascend to the heavens and become " The Demiurge", and would continue to be worshipped by his people as their god. Through this being, they would harness the power of magic as they competed with other tribes in the ancient world.

The Demiurge left behind three systems of magic to the gnosticians. These systems are seen as ways to communicate with the universe around you through a series of pre-ordained steps in order to get certain predictable results. They would all be capable of accomplishing the same things, but in different ways and extents, such as making fire, summoning lightning, or creating familiars. This would be similar to inputting code into a programming language, the equivalent being Java, Python, and C++. The type of system would be the language, the rituals as the code, and the activation as the compiler. The first type would be simple and easy to understand and master, but would be limited in capability and scope, and ultimately not very powerful. At the other end of the spectrum would be a system that provided far more control and flexibility, allowing for more powerful effects and better results. However, it is far more complicated, with more rituals, incantations, and years of study, making it difficult to master. The medium range would be a mixture of both. Various gnosticians take up learning a system according to his or her temperament.

As a young god, the Demiurge must compete with older deities much older and secure. The followers of beings like Yahweh, Moloch, etc, have had years head start honing their craft in magic, each producing a single magic system that operates as a " universal coding language ". This allows their followers to only need to study one system of magic instead of three, saving much time and resources. This allows these universal magic systems to be easier to study, instead of having to re-learn mage-craft when studying a new form of magic.

This puts the younger god and his people in a bad position. What advantages would learning three magic systems have over one that is all-inclusive?

More eligible candidates to be practitioners

All of those old religions needed the same kind of people to work the magic: sort of spooky, deep set eyes, great at memorization, poor people skills. And there are only so many of them to go around!

By spreading or possibly sprawling out the magic types you can have many other types of people learn to be practitioners. 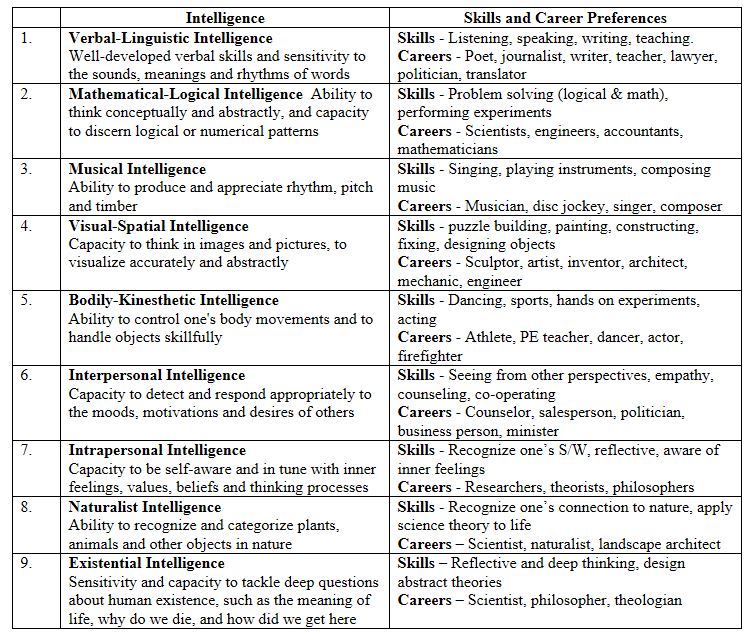 With a magic for each kind of intelligence... ok , a magic for 3 different kinds of intelligence, one could have expert capoeira practitioner magics, breakdancing magicks and aggroballet kung fu magic! Those 3 actually might all be the same kind of magic and then there would be one for people who could recognize plants and then one for persons with the sensitivity and capacity to tackle deep worldbuilding questions but who could also do some aggroballet. And who also can recognize several plants.

In any case, you see where I am going. There is a whole world of people who do dance and martial arts and worldbuilding and up until this young Demi Urge none of them practiced any kind of religious magic because they were too buff, ripped and good looking. Now they can!

There are many things that can not be done except by magic, and no form of magic can do them all. Thus, the magicians have to learn to work together to divvy them up. This helps keep their country peaceful, and therefore prosperous. It also means that they are encouraged to share knowledge in a way that allows them to accumulate it fasters.

What advantages would learning three magic systems have over one that is all-inclusive?

Each of the individual magic system can go more in depth with the specialization for a particular feat. When put together, the 3 of them have an overall better capability than the generic one.

Make the comparison between having a swiss knife or a set of tweezers, screwdriver and Allen key: for a long and dedicated work, the set of tools will be better than the swiss knife, because it will fatigue less the operator and also allow joint usage.

Each system of magic has different efficiency, casting speed and spell writing duration.

Pros: Very fast to write, very concise and can be changed mid spell. There are also vast prewritten spells on searching for patterns and scrying. No delay in casting, the casting begins immediately.

Cons: However, the spells cast slower and it won't work in low mana situations. Very inefficient for casting the same complex spell multiple times. Actually uses C to do the commands, but the wrapper allows you to do a lot without dealing with C.

Cons: Requires a special rune stone to be installed in the area to function. Not as efficient as it could be. Fairly verbose in comparison to Python. There is a slight delay between cast and execution.

Pros: About as efficient as you get. Works everywhere. The most well known by the old wizards. Capable of doing things more accurately than other systems. Super fast cast time.

Cons: Takes the longest the write and has the longest delay to cast. Depending on the size the spell execution takes minutes after the cast. you are basically messing with magic directly in this system, so you can cause miscast where you access a forbidden secret (seg fault) pretty easily.

If you are casting cantrips for a simple problem you might want python. A more serious project with speed requirements might need Java. Heavy duty work or embedded rune work requires C++.

In my work (programming) we have two kinds of people: Generalists and Specialists. The Generalists can do most things reasonable well, the Specialists a few thing very good.

The logic behind this is very simple. If you have 1 hour of time and ...

Generalists are fine for the basic and broad employability. Specialists are good for the hardcore tasks which a Generalist cant do (or would take a lot of time).

Not the answer you're looking for? Browse other questions tagged magic language .

62
Is it plausible to have two written forms of one spoken language that are so different as to be indecipherable?
3
How can a magical perspective enhance science?
5
How to explain two different magic systems?
15
How would people with perfect memory design their language
12
Is there any concrete benefit in justifying all supernatural phenomena with one system?
20
Justifications for a language learned via magical transference?
7
How can I track the use of illegal magic?
8
Magic and Language Problem
1
Future evolution of an English Language and writing system