So, in my world, about 90% of the animals in North America went extinct. The only surviving creatures are a few livestock animals, rats, insects, humans, and three remaining reptiles: Trihorners, Snakes, and, the important one for this question, Geckos.

You see, these Geckos are different from the original leopard geckos they’re descended from. They don’t have the sticky feet things anymore: they’re 100% landwelling, about 3 feet tall, and outfitted with sharp claws.

So, originally I wanted them to be pack hunting creatures, but I realized that since wolves/feral dogs still exist, these two creatures wouldnt be able to share the same environmental niche. So my question is, what environmental niche could these giant geckos occupy?

Doesn't look like you have one yet. These Geckos evolved to (a) get big and (b) change color. Some geckos already do this but not as well as chameleons. Since the geckos are cold blooded they can stay in the one place for days or weeks until a victim gets within range.

Land dwelling, sharp claws, around a meter tall, bipedal. Call it a stretch, but these traits remind me of a now extinct, neat little predator: Deinonychus.

These predators, while not the biggest, are thought to have used their sickle like claws to disembowl prey, as well as to potentially climb trees. Though we do assume they engaged in pack hunting, they also most likely fed on animals their size or smaller.

Your gecko too could have a similar lifestyle, though I can't tell for sure if they'd be social, since modern leopard geckos are fairly solitary. Maybe they could fit a niche of ambush hunter and scavenger, feeding on smaller creatures and an eventual carcass lying around, as well as attempting to steal the spoils of other hunters (I'm not assuming it would be able to be a pursuit hunter, sine that requires adaptations to be able to run properly and decently fast at least for a short period, and which a normal gecko isn't known for). Your main problem to make them able to truly fit a niche like deinonychus' is that it'd be very tricky, since they'd need to go from this: 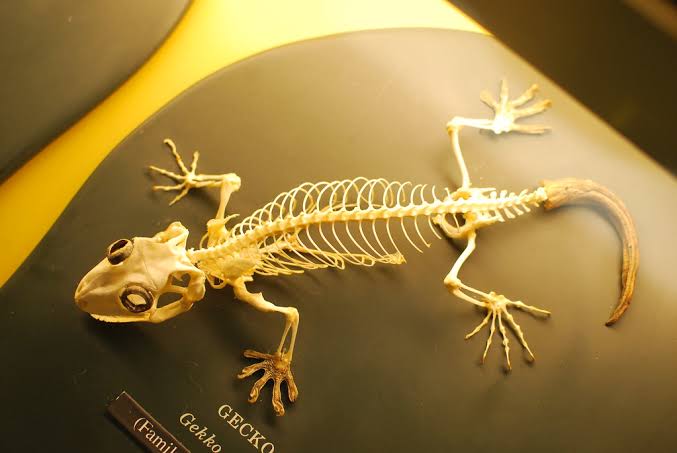 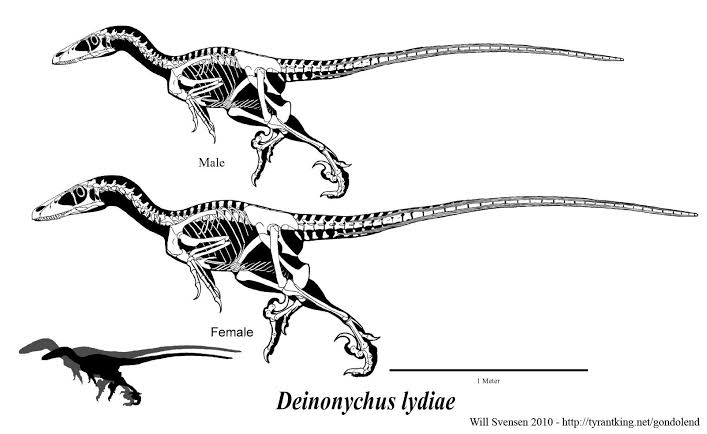 Although I will leave a quick reminder: a niche isn't always monopolized, and competition among different species isn't uncommon in nature, so the existence of one kind of pack hunter doesn't mean other pack hunters can't exist (see hyenas, wild dogs and lions, all have a pack and all exist in Africa, with lions often stealing the kills of hyenas).

From these detail, it sounds like a top predator. And yes, there can be more than one top predator in the same area. Wolves exist in the same places as large cats, humans, and other predators. The key is to keep them from overlapping too much, and when they do overlap, who backs down and why? Maybe they fight for a kill, the ability to hunt, or maybe just on sight.

Jackals, lions, and predator birds all have the same area they hunt and are all top predators, but within that, have a sub hierarchy. The lion generally get to feed first, even when a jackal makes a kill the lions notice. The lion might have to fight for it, but they generally get to eat first. Once they are done, the jackals eat, and then anything else that hasn't made their own kill that day.

Also, the predator birds generally go for smaller prey that a lion wouldn't care about, but will take advantage of a fresh carcass. A jackal might eat the same small stuff as a bird, so there's still overlap there.

And something with those claws at that size would likely also compete with humans for food, too. It kind of depends on their speed, too. If the geckos are slow like monitor lizards, they might not have much of an advantage even with the claws. But if they are quick like alligators and crocodiles, then there's a good chance the other top predator could also be prey to these geckos.

Humans have only a few advantages of speed and intelligence when it comes to hunting, and our speed, stealth, power, and many other aspects aren't even that great when compared to other top predators. The only thing that really sets us apart is our use of tools. In a post-apocalyptic setting, those tools get much harder to come by. When there isn't any manufacturing happening and people start hoarding thing pre-apocalyptic, thing disappear quickly, as the current pandemic has shown.

Wolves were domesticated to help humans hunt. They are a top predator, pack animal, and intelligent, so they are fairly easy to train. If the geckos fall into this territory, like I think they would, they would also be a subject for domestication. This goes double if they are a match for the surviving dogs and can get into settlements to steal food by killing the dogs. Even if some groups of humans try to eradicate the nuisance large geckos, others will try to domesticate them.

So really, there's a lot of room for these geckos in the post-apocalyptic world. Humans have already killed a large amount of predators, so they would fill in any gaps neatly.

They can be built like a primitive dinosaur, with enlarged hindlegs and reduced forelimbs, or they can predominantly walk on four limbs but run upright on their hindlimbs like some modern days lizards. They could probably fill the ecological niche of a medium sized carnivorous mammal, feeding on snakes, rats, large insects, or chickens if they still exist in your world. They could use their claws to hook onto their prey and to climb rough surfaces (the toe pads wouldn't work for a larger animal). 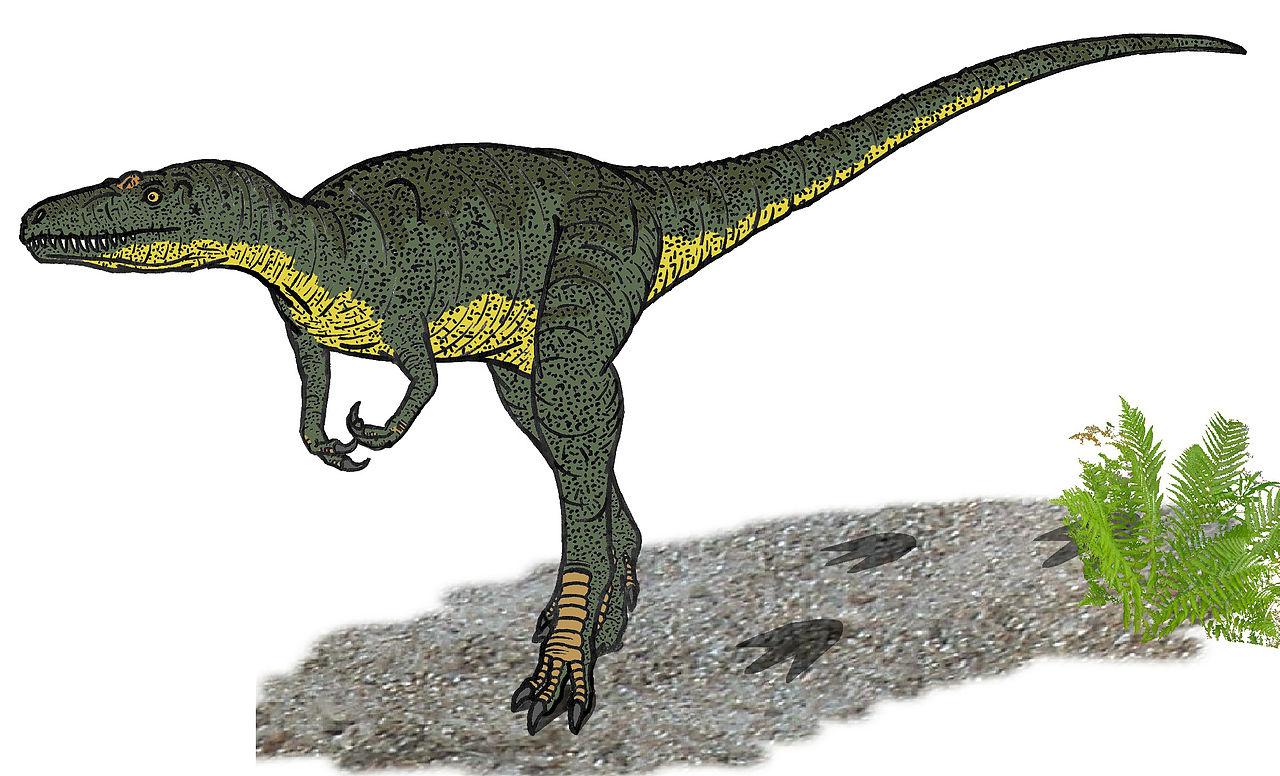 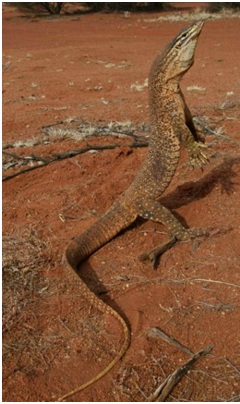 Not the answer you're looking for? Browse other questions tagged environment post-apocalypse fauna or ask your own question.

3
What do you suppose the environmental impact assessments should be in near future?
0
Humans drilling and pumping a planet's liquid core. What are the environmental effects?
5
Would giant worms cause environmental damage?
2
What could fill the crocodilian niche in colder climes?
25
What giant insects would fill the role of our domesticated cattle?
7
What environmental factors would prevent electronics from developing?
3
Could a population lemurs evolve to suite colder climates and fill the niche or similar niche of squirrels?
3
In what ways is a food chain like this most likely to evolve?
10
What is my environmental poison?
1
What Environmental Factors Would Lead To The Evolution Of A Large, Warrior Homonid Race?