Flat world with land only between the tropics

I was wondering, how could there be a world with flat poles to such extent that only the tropical area would exist (it would be sort of a wheel).

The weather and nature would be tropical.

How would such a world hold together? How would the ocean behaviour be with such form? Would it be possible to live on the "flat" poles?

What you're talking about here is a discworld.

You started with the idea of living on the edge of the disk, so maybe you're not seeing it that way, but the shape is the same. For an artificially constructed (and held together) disk the edges would be far from tropical, they would likely not be habitable at all.

You could work the thickness and density so that the disk would mostly have Earth-normal gravity. Most of the surface of the disk would have close to normal (as in orthogonal) gravity thanks to the infinite plane approximation (as seen on an Alderson disk). As you moved toward the edge of the disc you would feel more and more as if you were walking uphill. This is similar to my answer for the the cube world question, though to less of a degree due to the increased ratio between width and height. Still, the atmosphere would collect toward the center of the disk, making the edges uninhabitable. 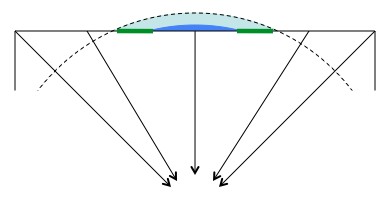 If you have your heart set on a tropical edged discworld then you need to make up your own physics. In which case you can make up whatever answer you want for your question.

If some sort of magic or magical material keeps it in that shape then it would be possible to live on the flat poles, at least close to the edge, but there would be some weird effects.

Gravity pulls thing towards the center of mass (of the planet) so if you are standing on the flat pole it'll pull you a bit sideways, depending on how close to the edge you are. If you drop a ball it'll just keep rolling towards the center of the pole. So for people to live there there would have to be a lot of walls. Also they'll probably have slanted floors so they are essentially at the same angle as the surface. So a town there might look like a giant staircase.

Presumably you could have a universe where the spin of an object distorts its gravitational signature in such a way that any spinning large body will approximate a cylindrical shape (basically, spin changes the center of gravity from a point to a line).

Then most celestial objects would turn into cylinders. They wouldn't be perfect - they would still bulge around the core - but you could get close. The exception would be tidally locked moons, which would spin until they locked in place, at which point they'd start reforming into a sphere.

Your planet will end up having pole-spanning oceans (probably largely frozen over), so that water doesn't hit the edge and just fall off.

Note: This is very handwavy, for a couple of reasons. First, when you get down to the gritty details messing with physics like this tends to screw up other things. So it's hard to say that you could just change gravity and not screw up anything else. Second, I'm not sure that a planet like this would develop similarly to ours, with plate tectonics and such, so it might not be habitable. Or you know, if stars would still function with this kind of gravity. But you could probably get away with it if you're not aiming for hard sci-fi.

There is maybe one condition under which such a planet might work: It would need to have a very rapid rotation, as in one hour long days, probably even a lot shorter than that, someone else can do the math, but it would depend on how flat you want your planet to be. And it would need to have a lot of atmosphere.

If it did not have a rapid rotation, then the atmosphere at the equator would most likely be thinner than than at the summit of everest, as all the water and atmosphere would flow off into the poles and create a spherical gas planet that has a large disc of crust in it's centre, basically leaving the equator in the upper atmosphere.

Earth is wider at it's equator because of its rotation, it's not a perfect sphere, and is actually 64km wider around the equator than it is from pole to pole, and as a result of it's rotation, the atmosphere is thicker over the equator and the oceans are deeper because they bulge out due to planetary centrifugal forces. If a planet was rotating rapidly enough as it formed, it might flatten out a bit as well as throw some of that atmosphere out over the equator, and make it livable.

At the poles - the gravity would at least feel much greater because those centrifugal forces wouldn't be present. I don't imagine that the environment would be very hospitable at the poles, I'm guessing that despite the shape of the core and crust, that the planet would still be spherical, and the flat poles would have an immense amount of dense gases over them. The poles would be stormy, dark, and probably toxic. 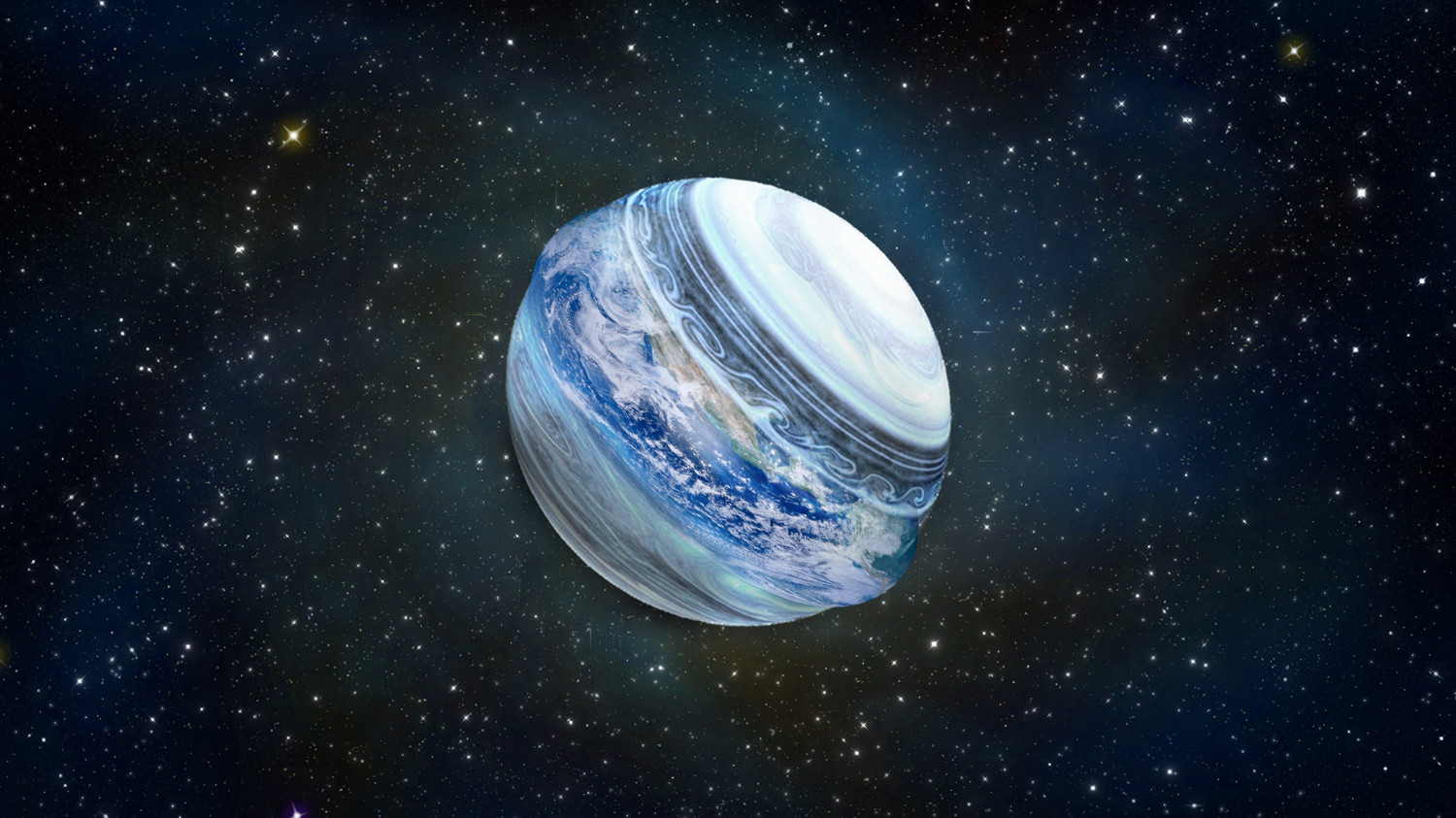 It's basically a gas planet with a squashed earth inside it, and it rotates really fast. I call it "Earth Sandwich".

The real question is, what would make a planet rotate so rapidly?

Not the answer you're looking for? Browse other questions tagged alternate-worlds .

32
Gravity on a Minecraftian world?
23
How would a civilization that has been living on a "cube" Earth differ from one on a "spherical" Earth?

4
Could the populations of the New World have advanced themselves to be on par with Enlightenment Europe had they been left to themselves?
5
How would a world with an extremely high water level and only a small land mass differ from Earth?
9
How large could an empire with WWII-era tech become on a very large world?
1
How would Water and wind current work on a fantasy earth?
3
Could a water-world planet with tides that create land support human civilisations?
8
What sort of habitats could exist Pre-Zanclean Flood which formed the Mediterranean Sea?
1
How plausible are the terrain and land-forms on my fantasy map?
6
How much further could ship-based radar see on a flat world?
5
Weather on a flat world illuminated by static luminaries