Would planting trees across an earth-like planet to reduce the CO2 and produce O2, be enough to keep it in balance?

An average tree should be able to ‘eat’ or sequester some CO2 each day. It is certainly a no-risk, low tech solution that everyone could understand and maybe even support if it worked (on this earth-like planet...)

Trees and other types of plants consume (eat) CO2 during their life, but after grow and die their bodies (wood) release all they stored Carbon due putrefaction.

So, in order to permanently (or at least for a very long time), you need to store their corpses (wood) in some place and by some way that doesn't release their carbon again to the environment.

We have a perfect solution for that: 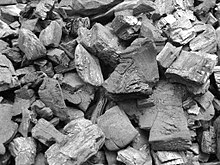 Charcoal is the lightweight black carbon and ash residue hydrocarbon produced by removing water and other volatile constituents from animal and vegetation substances. Charcoal is usually produced by slow pyrolysis — the heating of wood or other substances in the absence of oxygen. This process is called charcoal burning. The finished charcoal consists largely of carbon.

The advantage of using charcoal instead of just burning wood is the removal of the water and other components. [...]

Under average conditions, 100 parts of wood yield about 60 parts by volume, or 25 parts by weight, of charcoal

Charcoal is a good way to store that annoying carbon from the atmosphere. I would suggest storing that charcoal at the bottom of seas or in abandoned mines. Obviously, after chopping the tree you need to replant it, don't forget that.

Trees are part of the carbon cycle; they consume CO2 while growing (since they eat CO2), but they will release it when they die - either by putrefaction or combustion. So trees are only going to remove CO2 from the atmosphere if not only we plant a lot of them, but when they die new trees take its place - or in other words, we have to increase the forest area of the Earth.

Now, forests don't grow in the oceans. Nor in deserts. Nor in cities, factories, crops or pastures - in these last cases, because they are not allowed to. Actually, 23% of our CO2 emissions comes from deforestation, so it's not that no one has thought in planting trees to fight climate change - it's that they would settle for a stop in cutting them down.

To expand on Rekesoft's answer and Jannis' comment... after your trees are fully mature, you need to work out how to remove their stored carbon from the biosphere to/from atmosphere cycle, to prevent them turning back into CO2. Options are:

Two things to approach are:

1) How to increase capture of carbon dioxide.

Plants with C4 photosynthesis can decrease need for water some 4-5 times and use less nutrients and still produce a few times more mass to store away. Most of them are grasses, but you can harvest and store them too. There are labs working to make use of C4 in more abundant C3 plant-life.

You would want to let the mass to mostly dry before moving and storing.

How useful, cheap and cost effective it is?

Well planting in the free areas, when that does not damage ecosystems is good thing by me. Fighting desertification and expansion of more friendly-for-life-areas are welcome.

But to store it is a tricky thing as you do work and pay for all that to in the end get zero profit. And you will need to move a lot. So you would need to pay for it from taxes and donations. Well sometimes desperate times need desperate measures.

You need to hydrate more of the world. For example, in our Earth, you might hydrate the Sahara. That way, the trees replace desert rather than grasslands. Even if the trees will release the carbon dioxide back to the atmosphere, increasing the amount currently in living plants helps.

Where do you get the water? Saltwater greenhouses. Instead of clearing out rain forest to grow crops, grow crops in the greenhouses and pipe the excess fresh water into the desert. Rain forests are teeming with organic life, all of which traps some carbon.

Don't just consider trees either. We actually have more trees in the United States now than a hundred years ago. That hasn't been enough to offset increasing fossil fuel use.

Look at what produces fossil fuels. Coal was produced from peat moss in bogs. So really overhydrate your Sahara. Dying vegetation will drop to the bottom of the swamp mud and the carbon will be trapped rather than releasing into the air.

Oil comes from algae and plankton. Encouraging greater growth in the ocean can be more effective, as the dead plants sink to the bottom. Again, trapping the carbon rather than releasing it back into the atmosphere.

Some numbers to help you: An acre of maximum production forest (more than seedlings, less than mature trees) fixes between 1 and 2 tons of carbon a year. Certain grasses can to 3-4. Tropical forests that aren't suffering nutrient deficiencies do better than this, but also decompose faster. Both due to longer growing season.

The best grass for this right now for temperate regions seems to be switch grass. It's perennial so it reuses the roots every year. It moves most of the scarce nutrients (P, S, N, K) out of the stems and into the roots in the fall.

Not the answer you're looking for? Browse other questions tagged reality-check society climate natural-resources or ask your own question.