The main asteroid belt between Mars and Jupiter is the closest and richest source of non terrestrial resources to Earth in the solar system. Even though it is vast its resources are obviously finite so mankind must choose between two projects to use it for:

Given only these 2 options, which option would result in the greatest enhancement for mankind: (relative plausibility should also be a factor in your answer)

Note: Any answer that seeks to scientifically discredit 1 possibility must provide mathematical evidence as to why it is not plausible.

I'm not an astrophysicist, but I'm not sure why either of these options would limit the other.

First, Phobos, one of the moons of Mars, is probably going to collide with Mars in ~30 million years. Maybe... speed up that process and not waste an asteroid?

Assuming all we need to mine these asteroids for is solar panel materials, we shouldn't have too hard of a time telling which are prime targets for such use, and which simply do not have any valuable resources on them - at least, valuable to us now. So, mine the useful ones, slam the empty ones into Mars - best part of this is when you do want those resources back, you can find them on Mars.

If we truly must choose one over the other, I'd have to say make a Dyson Array first. The energy you get back from it is more valuable in both the short and long term than another Earth-like in the same solar system. Even if you're suffering over population, the self powering space colonies you could form on the parts of the array solve that problem. If you still need to terraform Mars, you can easily do it in the future thanks to all of the solar power you've farmed.

A Dyson bubble can be made from the materials of just one asteroid, assuming you make gossamer solar sails to balance the light pressure from the sun against the Suns' gravity:

A 100% reflective statite deployed around the Sun would have an overall density of 0.78 grams per square meter of sail.[12] To illustrate the low mass of the required materials, consider that the total mass of a bubble of such material 1 AU in radius would be about 2.17×1020 kg, which is about the same mass as the asteroid Pallas. 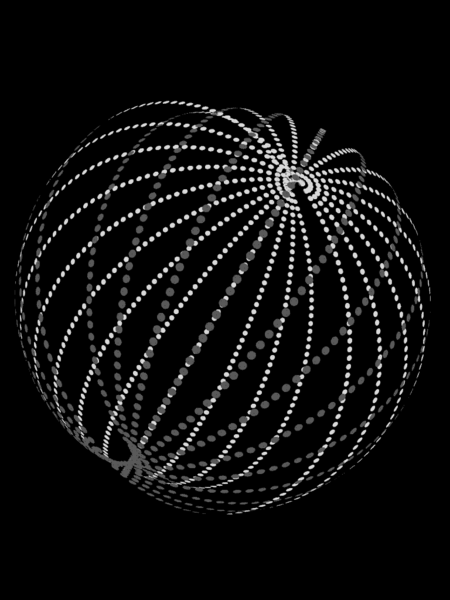 Possible configuration of a Dyson Swarm

So this is the minimum mass needed to enclose the Sun and gather the available solar energy. Dyson swarms orbiting the sun are much more practical, and can be built incrementally using asteroids, moons and other astronomical bodies.

In terms of resources this is far more efficient than any terraforming scheme. It also has the advantage of collecting a large proportion of the available solar energy, which would give any future space faring civilization the means to do Terraforming of worlds if that is what they desire. There is plenty of material available (the moon Europa has 3X the liquid water as all the oceans of Earth alone), and with massive amounts of energy available, moving matter around is trivial. 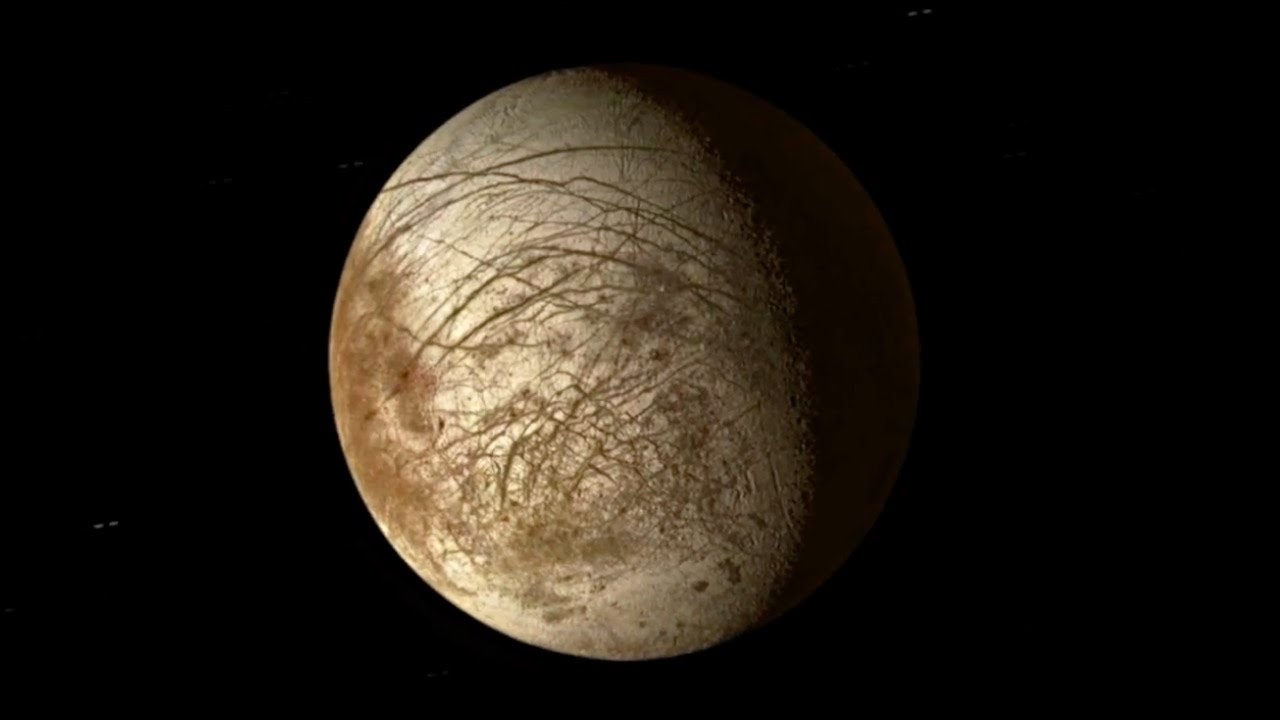 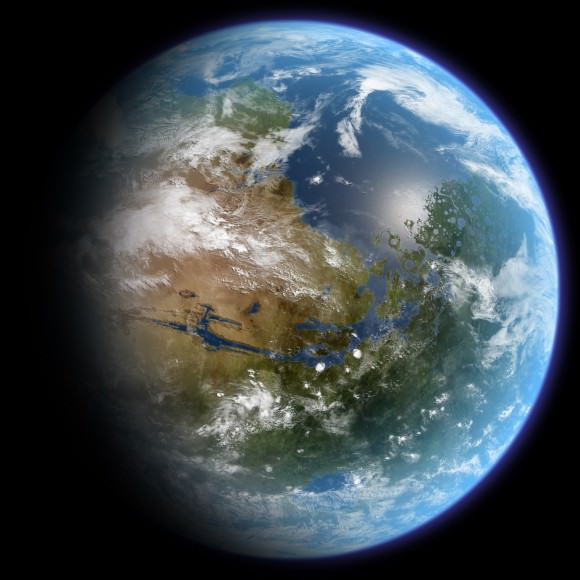 Build the Dyson bubble or swarm then you can do anything.

Even though one could aim carefully and drop all the asteroids tangentially on Mars, this would create a molten swimming pool on the surface, but would never reactivate the core.

Therefore, considering that option 1 just use resources to make a planet even less habitable, there is an easy choice: option 2.

Larry Niven did some hard math in the Ringworld Engineers.. While a ringworld can be constructed with the mass of a solar systems worth of.planets, the energy required to move that mass would itself be the equivalent of a couple of solar systems, assuming 100% conversion of mass to energy.

The tensile strength of the supporting material for the ring would have to approximate neutronium.

Terraforming Mars is much more achievable.

Well this is all a lot of effort, there's far easier ways, proposed by Dyson himself, and improvable since then:

The atmosphere is easy to fix, you seed the planet with tonnes of bacteria that eat rust to liberate oxygen - such as the bacteria that have eaten the Titanic. You could even genetically engineer such a bacteria, or create a nanobot to turn the Ferric Oxide rocks into iron and oxygen. There's a caveat - the O2 levels must not rise above 20% or the planet becomes highly flammable. It will also need three or four times as much nitrogen, and some Carbon Dioxide, to create a self sustaining atmosphere and reasonable temperature.

The core is a bit trickier. You need to melt it, essentially, and then centrifugal forces and friction will take care of the rest. This is tricky, but may not be impossible.

Let me explain something here: Those people who say things are 'impossible' because 'physics says it cant be done', are usually wrong. This is because they base their judgement on the current level of knowledge. History shows that almost everything that has been declared 'impossible' at some stage has, in the light of later science, later discoveries, later technologies, been possible. if you think for one minute we are anywhere near a complete understanding of Physics, think again. There are VAST areas of science where we know nothing. And the areas of science we are aware of are mainly incomplete - both Relativity and Quantum Physics being two examples of theories with MASSIVE gaps in.

In 1890 it was declared 'impossible' to travel faster than 60 MPH as 'the air would be going past too fast to breathe'. In 1890 you could not possibly have foreseen airplanes, cars, rockets, satellites, lasers, computers, smartphones, the internet, relativity. quantum, physics, M theory, television, radio.... you would have had no idea of plate tectonics, Navier Stokes Equations, Genetic engineering, nuclear power, DNA, nanotechnology...in short, you cannot possible predict what is impossible, because you cant predict what we may know in the future to make it possible. (That include faster than light travel, BTW)

But I divert. In short, we can't get Mars's core rolling today, but maybe in 100 years we can pump enough fusion or antimatter power into the core to melt it. I'm confident we will crack the problem, since historically man has cracked every problem hes ever faced.

Venus has a similar core problem, and unsuitable atmosphere, but the solution is similar. The Runaway greenhouse on Venus is a consequence of the hydrocarbon atmosphere. Earth had a similar problem, until the Great Oxygen Catastrophe, when bacteria began producing masses of O2, breaking the Greenhouse grip. Read more here

In short, we need hundreds of orbiting stations over Venus, mass producing and showering it with algae and cyanobacteria in a man made rerun of the GOC.

We still have the problem of the lack of magnetic field. Possibly we can build an extensive electromagnet to protect all or some of the planet until we solve how to melt and spin up the cores. It would not require a massive strength, but would need to be large to head off cosmic particles.

Not the answer you're looking for? Browse other questions tagged science-based space-colonization futurology mathematics dyson-ring or ask your own question.

11
Why terraform at all?
5
Could an abandoned Dyson Ring survive long enough for intelligent life to evolve?
4
How would we terraform Mars?
2
Visibility of a Dyson ring/swarm
16
How long would it take a civilization to see and understand a Dyson ring?
18
In a spinning Dyson ring, would objects not touching the surface experience gravity?
4
Self-sustaining Mars colonization
1
Building a Dyson Array as an energy source