How long would it take until we realise that people stopped dying from natural causes?

This would only comprise death by natural causes, no accidents, suicides, homicides etc.

A death by natural causes is one that is primarily attributed to an illness or an internal malfunction of the body not directly influenced by external forces. For example, a person dying from complications from influenza (an infection) or a heart attack (an internal body malfunction) or sudden heart failure would be listed as having died from natural causes.

How long would it take until we realise that on the whole world people suddenly stopped dying by natural causes? (Let's say it is caused by some alien medicament that they are secretly testing on us.)

Instead of death, they are living the same as they did before this day came.

One day. Few at most.

In most modern countries death reports are passed to government agency on daily basis. Clerk responsible for them would be surprised that there are none in his area. He will notice sudden drop, and 0 in one category. At least some clerks would call their counterparts in adjacent areas to chit-chat about this impossible coincidence, and, with surprise, hear that the same thing happened. From this, it'll be a cascade.

The same, or next day it'll be brought to the upper seniority of government's healthcare ministers. And to the press, things like that make for really good news. And while making sure that it really is "whole world" might take a bit, I'm pretty sure it'll take well under a week for virtually everybody to know. My money is on three days for the internet-connected people.

Of course there is a gap between "been exposed to such information" and "actually believe this is happening". Denial and disbelief will be natural at the beginning.

Probably after one day, people these days, keep Track of deaths. Even in Sl Salvador. There was a newspaper article in Switzerland, that said, that there hasn't been a murder in 24 Hours in Sl Salvador. If such an event will be noticed and in the news (on the other side of the globe). If countries like El Salvador keep (that good) trak of their deaths (and why), it'll probably be the same to realize this, if it's the case from natural causes as well. Especially from "First world nations" with a preference for statistics, like the US. This does not answer your answer directely, but shows, how good they keep track of deaths and their causes and how fast such things will be in the news aroud the world. 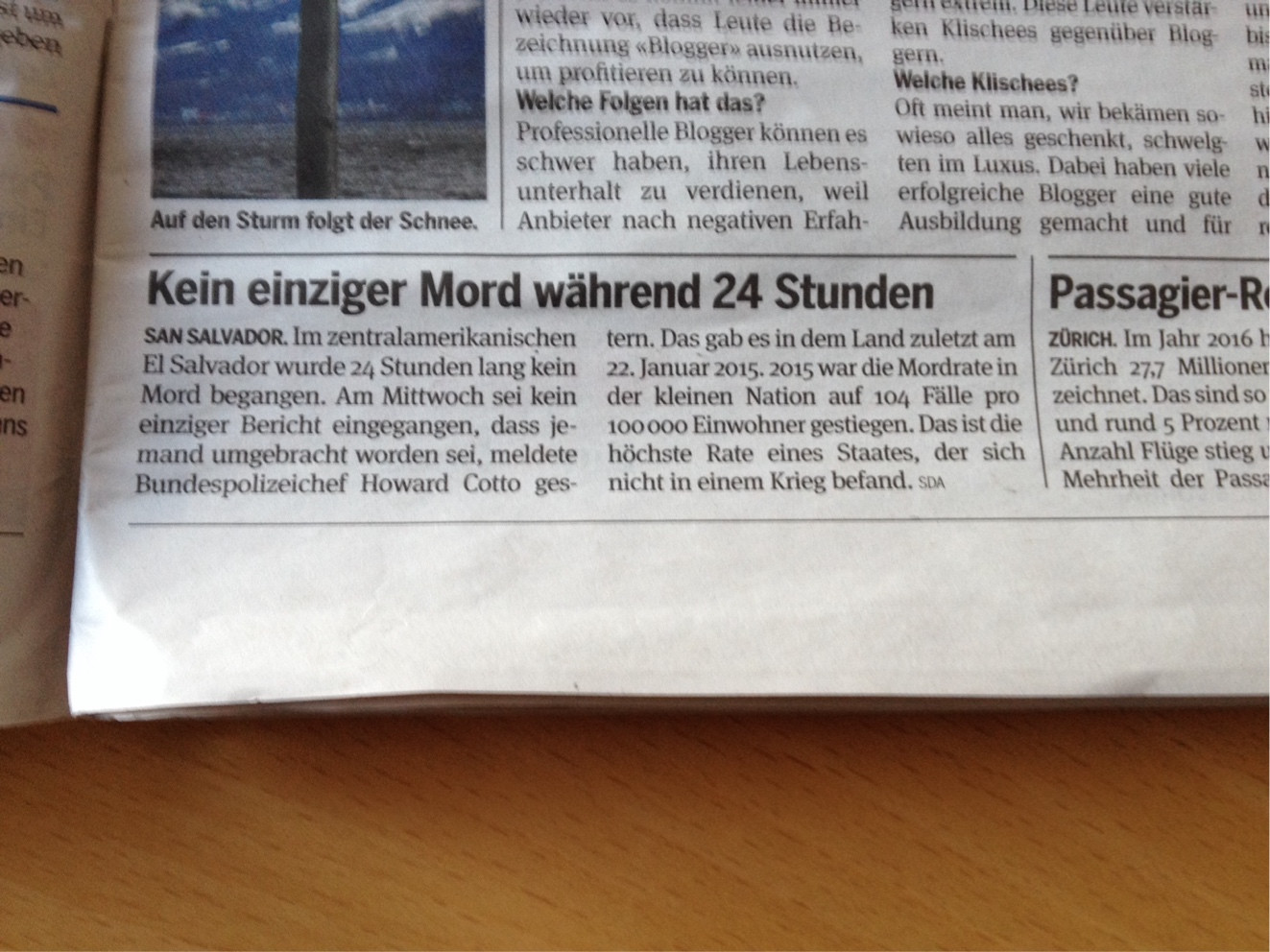 Not the answer you're looking for? Browse other questions tagged earth medicine death .

14
How does lack of death go unnoticed?
7
How long would it take until we realise that suddenly nobody can conceive a child regularly?
2
What are political and religious consequences of the end of dying?