My novel take place in a world where the civil war in Ukraine escalates to a Third World War after a terrorist attack (dirty nuclear warhead) in Kiev.

This war is ruled by Private Military Companies which fight for the Coalition or the Block, in very delimited areas called War Zones.

Due to a rapid increase in anti-aircraft technologies, the sky is cleared of almost all aircraft, except a few helicopter-drones (which are very vulnerable to almost anything on the battlefield). An aerial assault or stealth aircraft is out of question, even at very high altitudes.

On the ground, the infantry fights with ExEc (combat exoskeleton, very similar to those seen in Elysium) and ExAc (exo-armor, like StarCraft Marines ones).

There is also a vast range of tanks-drones. Almost all wheeled vehicles are no more human manned.

The Weapon of this Third World War is the Battle-Mechanopod (or Mecha).

First Gen of these war machines are more like walking tanks : powered by a diesel motor, 45 feet tall and manned by five or six crew member.

Thanks to the fusion reactor technology, Third and Fourth Gen of Mecha are more like walking fighter jets : agile, fast, two pilots and equipped with a Magnetic Rifle.

First Gen and Second Gen Mechas were unable to adapt their plating in time to resist to Magnetic Rifles and their main canon shell to these new targets (3rd and 4th G-Mecha plating laugh at HEAT and APCR). Eventually they almost disappear. Only poor PMC and militias still using these relics from the past.

My story follows the journey of a crew on-board a heavily modified First Gen Mecha. They will cross the Ukraine in one direction and then in the other, while trying to stay alive and avoid provoking an international diplomatic incident.

Does my world sound coherent to you ? Did I miss some details ?

PS : My English is poor, I'm a french so-called writer.

I know it's not really what you're asking about, but this part really caught my attention:

This war is ruled by Private Military Companies which fight for the Coalition or the Block, in very delimited area called War Zones.

War isn't a formal contest between two equally matched sides. War is the attempt to destroy your enemy's ability to fight in order to force matters to your will. That used to mean killing and/or scattering his army so they could no longer oppose you; now it means destroying his factories or cutting off his access to raw materials. Delimited War Zones, carefully set aside for battles to take place, do not do this.

You could argue that both sides have agreed to this to avoid destruction, but you run smack into both the Tragedy of the Commons and the Prisoner's Dilemma. In short, while it may be in the long-term interests of both sides to cooperate and avoid destruction of all their infrastructure, that only works as long as both sides cooperate. If one side breaks the rules and the other does not, the one who followed the rules gets wiped out. Both sides WILL break the rules.

Our present-day 'rules of war' are intended to make fighting a war as non-destructive as possible, but without putting the side that follows them at a disadvantage. Any rule of war that did leave those who followed it at a significant disadvantage would be immediately ignored.

You can't have a Third World War in delimited zones, fought by PMCs. The very definition of a World War are global impact and global stakes, which will expand the theaters of operation and introduce national armed forces.

In this regard your world isn't coherent.

Follow-up regarding the comment: If it was a real war, wouldn't attacks break out of those zones? Remember the fate of the Maginot line, or the Siegfried line. You describe an artificial restriction on war to prevent it from becoming total, like the Yalu during the Korean War. Such restrictions can only happen by tacit consent, to prevent a world war.

Following up on some of the other answers and comments, your scenario is logically inconsistent in the respect of both what is targeted and how it is going to be targeted.

Following the dictum that "War is politics by other means" (Carl von Clausewitz "On War"), the target in any conflict is the decision makers who seek to impose their will on the enemy. In principle, this could be done directly by striking at the King, Dictator, President, Prime Minister and cabinet, and indeed this still happens to some extent. The Persian Gulf War began with a cruise missile strike on Baghdad at a reported meeting of Saddam Hussein and his senior leadership, in the hopes of decapitating the entire Iraqi war machine. In most modern conflicts, the option of directly targeting the opponents decision makers is rarely available, so attacks are designed to eliminate the ability of the decision makers to carry out their plans (2GW, attacks against enemy formations, 3GW, using mobility to displace enemy formations and attacking the logistical basis of the enemy's power and 4GW, putting psychological pressure on the population to convince the decision makers they cannot achieve their goals at all or the cost to achieve these goals is disproportionately high).

In the case of Ukraine, the Baltics and Russian "Near Beyond", Russia's response to these former satellites turning to the west is to increase uncertainty and fear through propaganda, PSYOPS and "frozen conflicts" to limit the ability and will of the governments and people to act in ways contrary to Russia's desires. Russia prefers using websites like RT and deploying "Little Green Men" to PMC's and 45 foot tall Mecha. 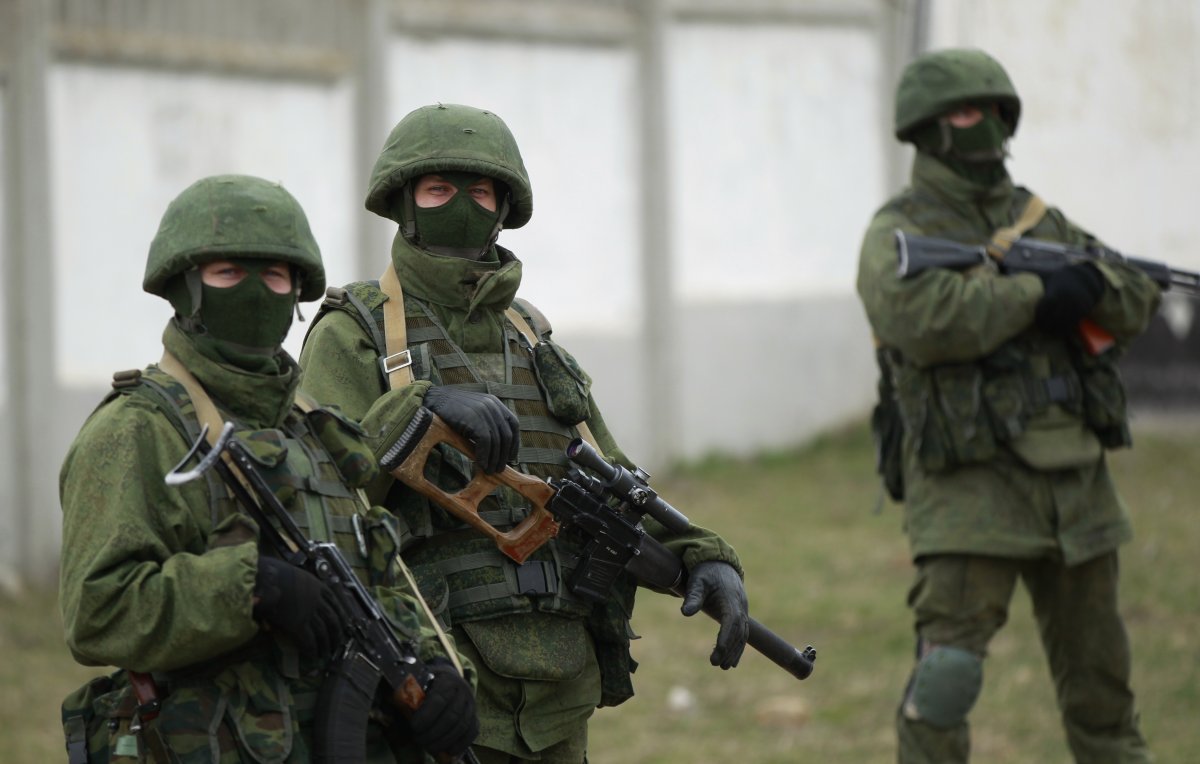 This gets into the "how" of targeting. A 45 foot tall mecha isn't very subtle, nor will its appearance on the battlefield be a surprise to anyone. The enemy can target the machine directly (the US military's idea is called the "Third Offset" and involves using a web of sensors and platforms to launch swarms of munitions at a target. In your scenario it could be "smart" artillery shells), but more importantly they can also target the factories which make the parts, or the factory workers, or even the population of the cities where the machines are being made. Imagine radio and television shows outlining the plight of the poor and contrasting it with the cost of the machines, or saying "so many resources are being used to build these war machines, and taking away money you could use for food and other things". Subtly letting them know they are now military targets can also be part of the mix.

When you look at how military action is being fought in the Donbas region, the general form is Novye Russkie rebels are led by Russian SPETSNAZ troops to provide training and special capabilities, and the occasional incursion by Russian tanks and artillery is used to hit particularly well defended targets. The usual targets are things like the pro Ukraine mayors of a village or town, however.

Since you are writing fiction, you can take or leave whatever you like. This little primer is more to let you understand the current starting position of warfare, so if you do want to have some sort of semi plausible reason for the mechas, PMCs etc., you will need to think about how to evolve that situation from this starting point.

Good luck, and let us know how your book turns out.

What about fusion bombs? If fusion reactor technology is available, clean hydrogen bomb should be feasable too. They don't produce any radiation. They would probably play a major role in your world.

Other than that I like the setting of mecha bots. You d have to find a reason to make them better than tanks.

In the real world, tanks are superiod to mecha bots because then have a large contact surface with the ground. They can therefore have a heavy armor.

A mecha bot with a similar armor would sink in the ground because the pressure on their feet would be too hight.

On top of that the joints would be very weak points.

What emerges from your answers and your comments is that I must rewrite several points of my universe to make it a little more coherent.

Thank you again for your insightful comments.

Not the answer you're looking for? Browse other questions tagged science-based reality-check near-future robots .

13
Building a tank to fight a mech
12
People of the Sea- Living on a Migratory Fleet
9
How could scaled armourish costume hold together
2
Aftermath of a Presidential Death Match
4
Feasibility of "in situ" ammunition production and salvage
47
Why would The Machines not hunt humanity?
3
How could very large (but not that large vehicles) be used in combat?
4
Writing a timeline for the robot apocalypse