Why certainly! We have all sorts of exotic drink. Can I excite you for a pint of Tarnesian Starköl - bitter, tart, nutty brew this stuff; or rather have shot of H'elvanian Whisky(?) - 7 years old(!), strong, but with a sweet finish... Actually, looking at you more closely - you're not from the area, are you? What about a glass of Hatjörn's Gift then? On the house.

Welcome to the Most Ingenious Questions You Never Thought of. Today we look at the booze-rat, one-last-time. An animal aptly named for its unique defensive mechanism of storing potent alcohol in its body in order to daze/incapacitate a predator.

Well no, we're actually looking at the question that has been around as long as the booze-rat: How do we drink it?

The booze-rat has evolved additional organs in order to a) produce the alcohol it needs for its defense, and b) keep itself safe from the negative effects of alcohol poisoning.

Q: How do the people of Hjårdan cultivate their unusual source of alcohol? 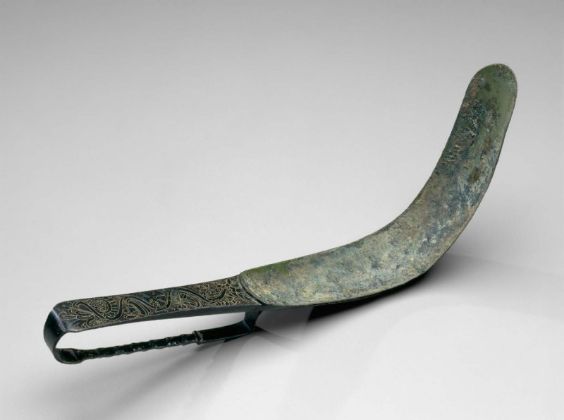 The farmers can use this to scrape the alcoholic gunk off the rats and pour it into jugs/bowls. Obviously, the form of the implement can be adjusted somewhat to cater for the rats physical form.

Holding the rat down and not getting yourself bitten might be a bit of a challenge, but that's why booze-rat booze is so expensive, right?

Initially, booze rats were farmed like chickens in Battery Cages. The battery cages restricted movement and kept the rats permanently positioned to deliver the booze to the appropriately positioned booze receptacles colored red. Electric current was applied every hour that forced them to shoot the booze straight into the receptacles.

Finally, the Battery Cages were replaced with better housing at the request of Booze Rat rights/cruelty groups but Booze Rats never forgot to shoot the booze into the red receptacle when they heard the whistle. Now, free range organic Booze Rat booze is also available.

Note: Some farms have also done away with whistles. They have bred booze rats to shoot the booze into receptacles every 3 hours (in return for food) instead. Same principles, different techniques.

Bred to be Boozy

When humans first began to domesticate dogs, we bred the ones with the traits we desired - fastest, most obedient - and disposed of the ones we didn't like.
When humans first began to domesticate sheep, we did the same thing - we bred them until the females didn't have horns, and until they were smaller, to require less food and take up less space.
When a culture farms an animal, they will breed it to be easier to farm.

Let's apply this to booze rats.

First and foremost, domestication makes animals (mostly) docile. Farmed booze rats will not attack farmers, similarly to how domestic cats and dogs tend not to attack their owners.

Next, this allows us to get boozier rats! Just as you can breed the sheep with better and more wool, you can breed the rats with larger alcohol-storing organs or better tasting alcohol with each other, and, over time, you will end up with a better stock.

Finally, consider growth hormones. Not necessarily necessary, but we already use them in much of our livestock today - is it a stretch to make bigger booze rats in this way?

Now that we have docile, fat rats with large sacs full of booze, let's collect it.

Skin Vesicles
If you're going by this question's answer, the skin of the rat has multiple pouches filled with booze. After selective breeding, the pouches can be larger, but regardless, you must puncture the animal to collect its alcohol. I see two methods of doing this:

Spray Glands
If you're going by this question's answer, there is a single sac located somewhere on the body, from which the creature sprays. There are several ways to harvest the booze if this is the case:

The live Booze-Rat is brought to a table, sedated and then bound. When it awakes, the customer frightens the rat by raising it to his open mouth, thus ingesting the strong alcoholic slurry when it is released.

A domesticated breed of Booze-Rat may no longer be scared by this process, but would instead have to be specially trained and rewarded for their actions: once getting “milked" they return to their enclosure to be fed something tasty.

If the booze-rat uses the alcohol as a defense mechanism, it must have a delivery system. Does it spray, like a skunk? Or bite and inject, like a snake? Either way, milking would involve holding the rat in some way, agitating it to trigger its defenses, and collect the juice.

I can't help thinking about plopping them into something like this: 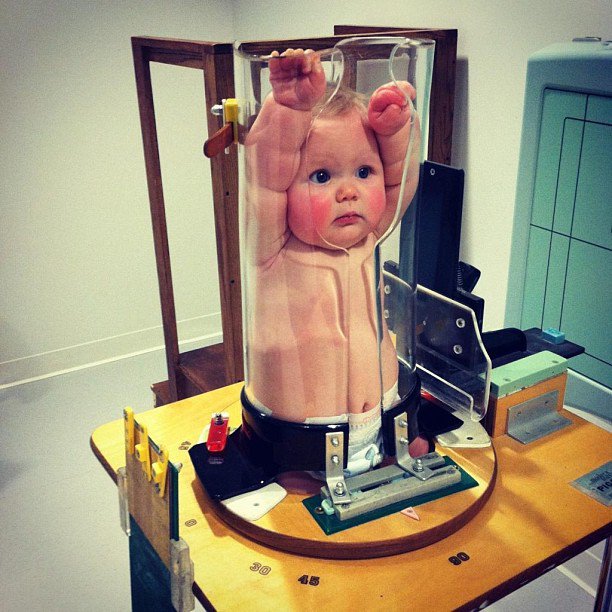 Just attach the hose to the end where the booze comes out.

82
How many people can you feed per square-kilometer of farmland?
10
How do old people sustain themselves?
5
Poor People Living On Farm-In-A-Box Tech?
63
How does the Booze-Rat fuel its defensive mechanism?
11
How did the Booze-Rat evolve its defensive mechanism?
15
How to secretly harvest/farm human beings as a primary food supply?
2
Fungus-based alcohols, how do I booze?
6
How do you farm flies?