Note : I've read some questions dealing with post-apocalyptic scenarios ( fuel and what next after apocalypse? ) and one on a apocalyptic situation, but I'm more interested in what to do immediately while there is a zombie Apocalypse going on. I don't want Bob spending his entire life at sea or anything.

Background : A zombie apocalypse has just happened, due to the military and their scientists - but there are already a lot of zombies. Bob and 3 friends (they're all about 20-23 years of age and unmarried) are all zombie fanatics and have made all sorts of plans on what to do when there is a zombie Apocalypse. (Also, this is taking place in a average town in America.) So while they do panic, they manage to calm down and think of what to do.

People : Bob and his friends are average white males, who have played pretty much every zombie game and have made sure to memorize where the nearest gas-station, market, gun store etc is. They like sports (though zombie games is #1), and Bob likes working out. Let's ignore their family for this question.

Zombies : Most of them are the shambling type, though a few (like 3 out of 10) are the running type.

Question : What is the best plan of action for Bob and his friends ? Lets say that everyone was at Bob's house watching a zombie movie, and Bob has fully fuelled minivan and some baseball bats.

The plan of action should answer questions like these -

Also, is it possible for them to have some sort of makeshift armour that protects against zombie bites ? That is, it covers arms and legs.

No, not kidding... there is an entire book: The Zombie Survival Guide

EDIT: From the book's Amazon page:

The Zombie Survival Guide is your key to survival against the hordes of undead who may be stalking you right now. Fully illustrated and exhaustively comprehensive, this book covers everything you need to know, including how to understand zombie physiology and behavior, the most effective defense tactics and weaponry, ways to outfit your home for a long siege, and how to survive and adapt in any territory or terrain.

Don’t be carefree and foolish with your most precious asset—life.

1) If it comes to weapons, against single zombies or small groups long meelee weapons are quite a good choice. With that I mean things like longswords or Nodachis. The Zombies are propably unarmored, and as you said, few of them actually run, making these weapons extremely powerful against them, because you can usually slice of parts of their body with a strong hit. Additionally, they don't run out of ammo, like guns would do. So if your survivors could find them, take them. If it comes to guns, i'd say shotguns and pistols. Shotguns for crowd control and those pesky runners(hard to aim at them?), and pistols for single targets or targets on a longer range. Why pistols, not things like rifles? Pistols are smaller, weigh less, the bullets are usually smaller, which also makes them weigh less, they are easier to hide, and Pistols are more common then Rifles ^^.

2) Get out of the damn town. Nothing is more stupid then scavenging a town with a lot of zombies and scared people. Get out of town, and search nearby villages for supplies, mainly camping equipment and food/water. Smaller Villages=less humans=less Zombies.

3) Where they should camp? Away from civilization, in the woods for example. Zombies will be where humans are, aka towns, citys, etc. And if they got some equipment out of the towns, as i said earlier, they can survive out there for a while.

4) Where to go to loot food? See 2). What food? Anything that doesn't spoil quickly. Meat, fish, etc. is also a good idea, but preserve it by using salt. Cornflakes are also quite good. They don't give you a loot nutrition, but hey, they keep you going. Also, book stores. Book stores can have valuable books, for example you could find a book about Plants. Knowing what you can eat and what not in, for example a forest, can save your life and stop you from starving.

5) Having friends is better than foes. But you should always keep an eye out on the people that you give your trust. And of course, you shouldnt be a dick to them. The more of a dick you are, the higher the chance that they betray you. Generally, real life encounters in such a scenario will be different then say, in a game like DayZ. You might be much more hesitant to pull the trigger on someone you see.

Well, this was my opinion on how to survive the Apocalypse. Hope it helped :)

Summary of below, stay home, get canned everything as it lasts longer, if you need to leave, go to places that are high up as zombies will struggle to get to you, and it's probably best to trust no one.

However, since they are all at Bobs place, lets just remain at home and fortify that place.

A shotgun is easy to aim and even if it misses the pellets would spread so some damaged would be caused. However, most zombies in the area will notice the sound and will come for you.

A fully automatic weapon, this would be great for dealing with large amounts of zombies, but if only head shots will kill them then at best you will only piss them off and slow them down slightly

A semi automatic weapon, one of the better ones for getting head shots as you can aim it and then fire a short burst, down side is you can just hold it and "mow" them down and you cant just press once to hit many of them

A Sniper - What good is killing 1 zombie a mile away? Reloading is likely to be a pain and unless they have lined up for you it will be useless for mind/close range (unless you want to use it as a club)

Where to go first

A few options for this one, you can go anywhere you want really but lets stick to basics

Stay home, you have food, zombies are already all over the place so why leave a safe(ish) zone? Make sure the minivan is ready to go just in case something does happen, have a portion of food/weapons/supplies in the minivan as well, if you need to drop everything and go you dont want to quickly nip to the kitchen because you forgot the rice or soup

A supermarket/some place that sells food, dried and canned food is best but don't forget the fresh fruit and veg (dried fruit and veg is just as good, canned isn't bad if time is pushed), you need the vitamins etc. Fill your 2 of your 4 bags relatively full of food, each person has their own water (1 person carries more so you can replenish where needed), the last person will carry the misc items, tent, rope, additional ammo stuff that isn't out right needed to live (regardless of zombies)

Where should they camp

Kind of went over this already but if they need to camp, do it in a barn, sleep at the top then remove the ladder so nothing can get up. If the barns are available then any place that is above 10ft (at lowest head height) so zombies cant just climb up and have a midnight snack

Don't just set up camp in the middle of the woods or in a large empty field, you can get lost in woods and surrounded in a field, they are just bad ideas to sleep in

Food has already been covered

Dealing with other people

Cold hearted - If you want to be 100% safe, kill them on sight, you don't know them and if they get turned then that is 1 more zombie to deal with.

Suspicious but not trigger happy - Strip search first for any bites/injuries. Have them carry a lot of stuff in turn for protection, after a few months of through investigating if you trust him/her you can then treat them as one of your own

Willing to save but not permanently - You can save a person if they need it, but then after that they are on their own, threaten if needed but you are trying to live not setup a charity

Willing to help all permanently - As long as you don't give anyone lethal weapons at the start and do a through search for bites/injuries then it isn't impossible, you will get a few nut jobs (keep them away from anything important) and dealing with them is hard enough as it is, each person would need to be handled differently so at first contact, don't give them anything that can do serious harm to themselves or others

Considering that they are all going to be traumatised within the first few days, hearing bone crunch and snap from a blow you dealt, dealing with something that was once human, hearing its last breaths till it has died will have a huge impact on Bob and his friends, so the best thing to do is to avoid all forms of combat if possible.

Bob and his friends are zombie-movie fans, so it is believable that they would be properly prepared for the end of the world. They would know that getting away from mass populations is critical and that the roads are going to be useless. So along with backpacks full of protean bars, give them... 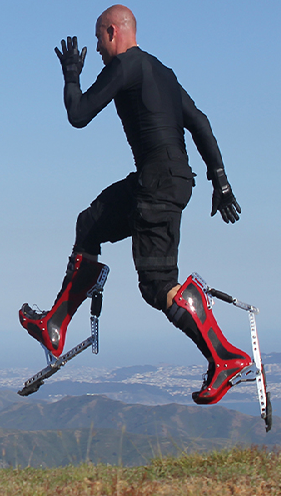 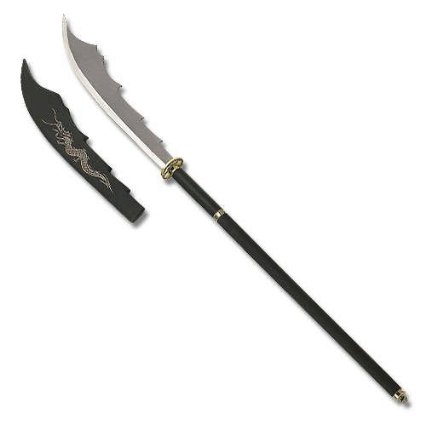 Also, Bob should own a secluded cabin in the woods, 20-30 miles from town.

Not the answer you're looking for? Browse other questions tagged weapons apocalypse survival food zombies or ask your own question.