Zombies are their own genre and have many tropes associated to them. There's plenty of questions on here that deal with surviving a zombie apocalypse, but they all assume that zombies are capable of surviving for extended periods of time. Unfortunately zombies rely on human fysiology, so all the rules for requirements of (relatively) fresh water, food and shelter apply to them as well. This makes zombie apocalypses a bit of a sad affair when the rules for surviving one are "wait a couple of days and they'll die of hunger, thirst or the weather".

To remedy this, I would like to design a zombie that can actually pose a threat to humanity and serve as the long-term threat that they are overall. For this to work there's a bunch of constraints and requirements the zombies need to adhere to so it's neither too hard or too easy for a zombie apocalypse.

The infected act and live like normal human beings, eating, breathing, living, - until they are in the presence of another human being, when the zombie virus takes over the human to act very aggressively. This most likely means whatever is infecting the human is residing in the brain like Rabies to detect when the brain has detected other people and take control accordingly. The infected would live in isolation (since meeting other people means either the infected or the other people would get killed) in an harsher environment, leading to their looks. On the other hand, the infected would have clear signs like swollen skin(like in the Black Death). Also, since the infected could still have their intelligence, they could potentially wield weapons including firearms and operate vehicles, even in a zombie state, leading to potentially extreme lethality.

(Note: I am not an expert in the field and this is pure speculation) Why would the pathogen evolve such traits? The obvious answer is that it is an engineered bio-weapon. But let's get creative. The pathogen could spread via corpse, explaining the infected's tendency to kill people, then spitting on them or something. Perhaps going airborne once decomposition sets in by outgassing or something. The previously mentioned swelling could pop with the help of gases created during said outgassing. Perhaps it also does something on the micro such as zombifying other microogranisms or developing a symbiotic relationship to help it spread. Alternatively, scavengers could be a carrier for the pathogen. You use your imagination.

Zombies are not going to be "undead", but rather have their higher cognitive functions disabled by some sort of disease or parasite.

Rodents are often victimized by Toxoplasma gondii, which removes the instinctive fear of predators from them. They are easily preyed upon by cats, which are then infected with the parasite. The parasite lays eggs which are released in cat urine, which is then ingested by rodents if it has contaminated a source of food.

Humans can also be parasitized by creatures with similar life cycles (malaria is a good example, mosquitoes pass it to each other via human hosts).

Indeed, among Western humans, a mutated form of Toxoplasma gondii might do the trick. Many people own cats or have cats living in the neighbourhood, so the likelihood of getting infected is actually quite high. The mutated for of the parasite disables the higher cognitive functions of the brain, so the "Zombie" is unlikely to pay much attention to hygiene, allowing the parasite to spread. 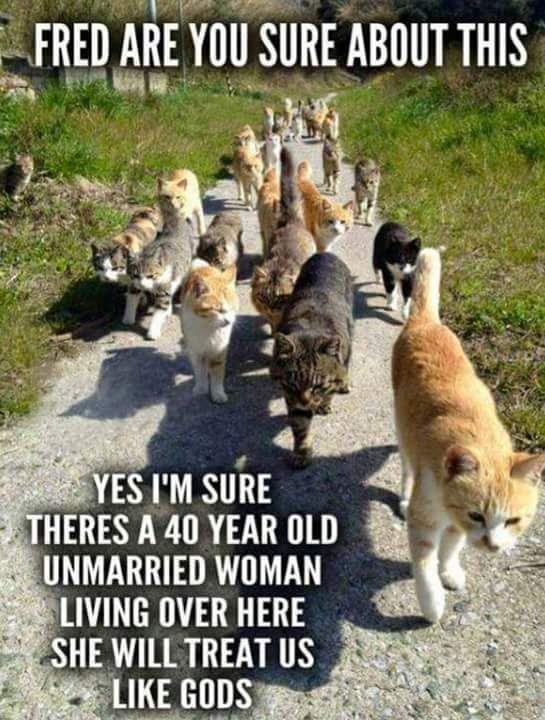 Since most of their other functions are unaffected, they still know to eat, sleep, procreate, avoid many types of danger (although they may be more attuned to apex predators rather than oncoming cars....). This may even continue after the individual has been cleared of Toxoplasma gondii infestation, some experiments seem to indicate the brain functions of rodents are permanently changed.

With the slow collapse of high tech Western civilization, as managers, production workers and other critical people are no longer able to function, the rest of civilization will begin to approach the classical "zombie apocalypse" levels of disorder. 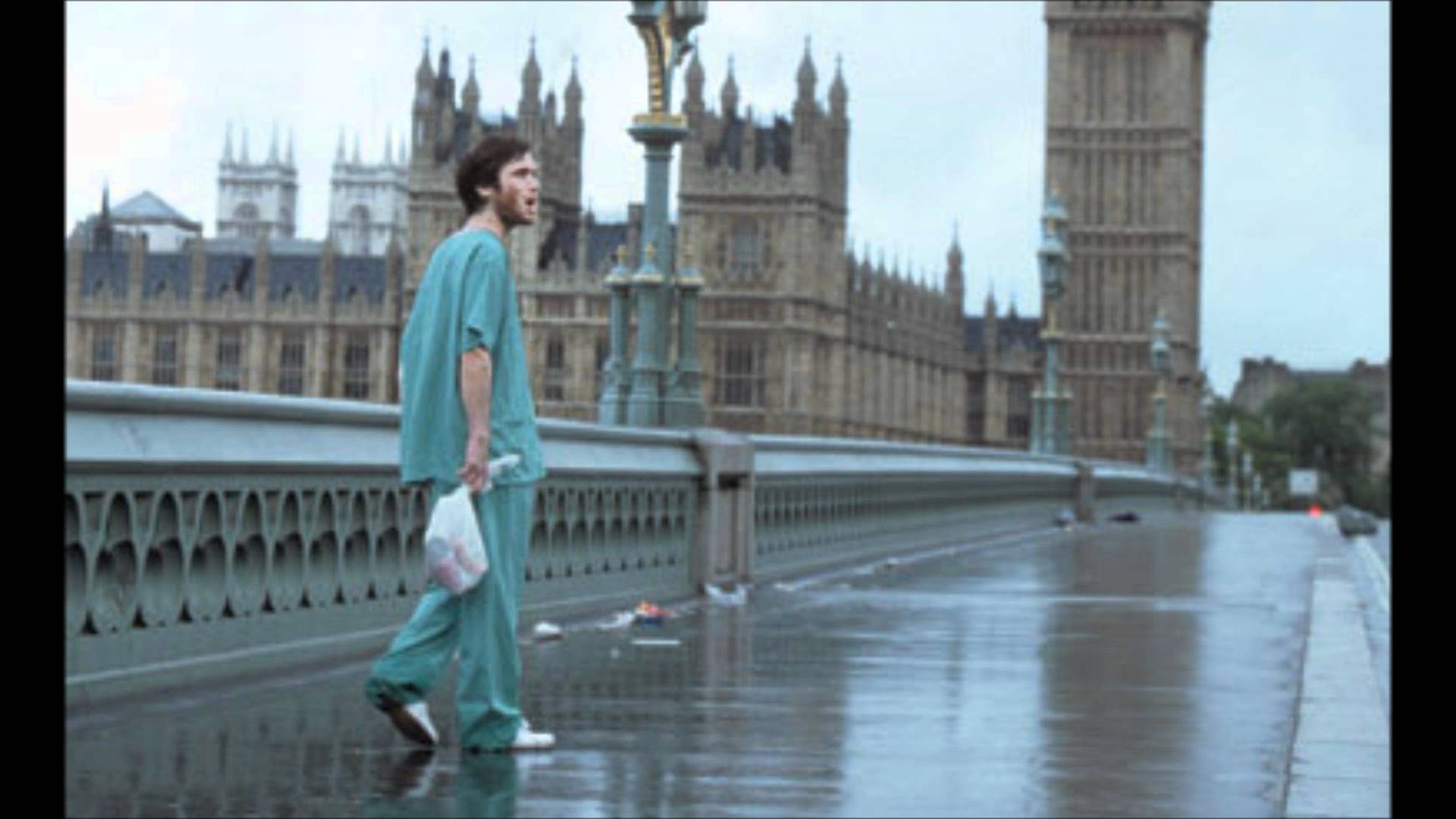 The requirements of this type of zombie are met by ordinary humans, it seems to me. What if zombies are ordinary humans? Ordinary humans who have learned something that has changed them and that they cannot forget.

Zombie is a contagious meme.

I am thinking of something like Monty Python's "The Killer Joke" - an idea so dangerous that comprehending it causes death. In the sketch, the joke was invented during the British war effort, killing many of its inventors and subsequent translators in the process. https://en.wikipedia.org/wiki/The_Funniest_Joke_in_the_World

The idea that makes one a zombie cannot be unthought. It is contagious in that an infected person wants to share the idea with other people who do not yet know it. Those who know feel a kinship - or perhaps it is more like a cult; those who know have understanding in a way that can be conveyed only by sharing the idea.

A contagious idea could spread very, very fast. People would not be not be on their guard. It could be heard, or told, or even seen and cause contagion. For an army base, one radio message would suffice. Besides the fact that the idea spreads, and people who have it want to spread it, other aspects of the zombie phenotype are up to the author.

The 5% of people who are not infected might be very different from the 95% who are. The 5% do not stay non zombie by luck or effort - they are uninfectable by reason of congenital defect, or disease, or other deficiency such that the idea cannot be understood, or conveyed to them or somehow cannot take root. These persons will make an unusual group of heroes. Or are they just defective leftovers from a time that has passed?

With all the features you want your zombies to have, I don't think they would be recognized as zombies. You might call them zombies, but the requirements seem to put them at a lower intelligence human soft of level.

Fundamentally, a zombie is already dead and then comes back to life. This is the main reason for the aggression and appearance, they have died and their body is decaying. Any semblance of intelligence is gone, because the complex signals a brain uses to process information have stopped and whatever takes over the body isn't able to replicate that same complexity. It is only capable of activating the natural instincts all living beings have to live.

Now your usual zombie is infected with some kind of virus, parasite or fungus that uses those natural instincts. They activate the human nervous system and send it signals. Their lives depend on the hosts system. Maybe they use the hosts stomach to digest food, maybe they feed of the rotting flesh.

The problem with any realistic explanation is that you will run into way to many problems to make your scenario realistic, or your so called zombies won't actually be undead, but more so infected (because they don't look like a traditional zombie, so using a different term helps the audience better understand it). If 50% of the human population turns into zombies, every single survivor needs to kill one other zombie and your done. If you increase the number to something like 90% or higher, then the distance between groups of survivors grows too large and your setting will have to be readjusted to account for it (aka focus on small inter-group relations, rather than larger community interactions). If you want something that isn't real, your going to have to forgo some of the details and hand wave it away.

Not the answer you're looking for? Browse other questions tagged creature-design survival zombies .

16
Repopulating humans AND zombies
12
How would society react to docile zombies?
36
What kind of land transportation can be used for plowing through hordes of zombies?
14
Would a trench filled with mercury stop zombies in their tracks?
25
Castle Moat Full of Zombies
9
How do I justify viral zombies not dying out?
12
What would be the best dog breed companion for a zombie apocalypse?
7
How Do We Protect Humans in a Zombie Society?
35
Politics and Zombies: Designing a balanced zombie plague that could realistically destroy civilization due to poor decision-making