What would the climate of the moon be like if it were big enough to have an atmosphere?

Suppose we had reached the moon and found it to be habitable. It was big enough to support an atmosphere, albeit a thinner one than the Earth has, and at some point in the past few hundred million years, was seeded with Earth-originating algae and bacteria that were ejected from the atmosphere after a large asteroid or comet impacted the Earth. In addition, our larger moon has maintained a liquid core and possesses a magnetosphere to provide some protection for its atmosphere against the solar wind.

Our hypothetical life-supporting moon is still tidally locked with Earth, and orbits at about the same distance. Based on this information, can we say roughly what the climate of the moon would be like? Obviously, the climate on the moon will vary based on location, but on average, how will it differ from the climate of Earth? Hotter? Cooler? Drier? Windier? Or, despite its larger atmosphere, will the conditions of the moon still result in the extinction of the microbes that have found their way there, resulting in a lifeless, but gassy, ball of rock?

Giving the body a thinner atmosphere doesn't make the atmosphere more stable. The main requirement is giving the body more mass. My handy-dandy spreadsheet says a moon with a mass of $0.4 M_{\oplus}$ will have a gaseous water half-life in the billions of years.

So that means the amount of atmosphere and water will depend upon the volatiles deposited during the Late Heavy Bombardment. If you assume this body will receive a share of the volatiles proportional to its mass (remember that's $0.4 M_{\oplus}$, then it will receive about 40% of what the Earth got.

The average person could not live there unless the partial pressure of oxygen were raised significantly. However, the general opinion is that the Death Zone starts at 8000 meters (26,247 feet), so some people would be able to live here unaided.

Alternatively, simply wearing an oxygen mask (or even nose tubes) should provide enough oxygen for the average person to live there.

I get a value of about 73% of the amount of water per unit area for this body.

With very long day-night cycles, the temperature on the dark side will drop and continue dropping almost until dawn 28 days later (imagine the 28 days of darkness at the poles!).

During night, first water will freeze out and then the carbon dioxide. Since these are the two primary greenhouse gases, after they've frozen out the temperature drop will accelerate. I sincerely doubt it'll get cold enough to freeze out oxygen (54 K). Regardless this (along with the colder temperature) will also lower the pressure on the night side.

During day time, all the atmospheric components will evaporate in reverse order. Adding this extra volume (and increasing its temperature) to the atmosphere will increase its pressure. I doubt the 28 days of Sun will be sufficient to boil the oceans but expect the day time to reach 100% humidity as the evaporation cycle of the oceans is driven by the constant heat input from the Sun.

With the large temperature (and therefore pressure) differential between the day & night sides, this will set up a powerful (hurricane forced or higher) and nearly constant wind blasting from the hot side and blowing to the cool side.

Although the twilight areas will be most comfortable to humans, they'll also possess extremely powerful winds (I expect these winds to be much stronger on the sun setting side than the dawn side). Winds will be almost always blowing except near the center of the day and night sides.

This effect and the dryness of the air at dawn would inhibit the formation of storms.

This effect combined with the moisture of the air at dusk would power hugely powerful storms.

The Moon as it currently exists could be terraformed and even hold an atmosphere for tens of thousands of years before it leaks away or is eroded by the solar wind, so as a starting point you need to determine if the moon is going to remain tidally locked or if you are going to have the moon rotate (as suggested in this article: http://www.slate.com/articles/technology/future_tense/2014/07/terraforming_the_moon_it_would_be_a_lot_like_florida.html 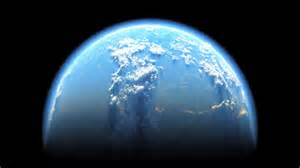 The atmosphere will be much "deeper" than that of the Earth relative to the size of the planetary body due to the low gravity, so the convective cells created by solar energy will be far larger in vertical hight than on Earth. If the Moon remains tidally locked to the Earth, then massive storms will develop over the local noon, and very slowly move across the face of the Moon as it orbits the Earth. The strong winds and giant low pressure cell of the local noon cell will power the rest of the atmospheric engine including high altitude jet streams, so it is unlikely that air will liquify on the cold side of the Moon, although the giant high pressure cell formed at local midnight will power a complimentary surface wind heading towards the low pressure cell on the noon side of the Moon.

Since the Moon rotates so slowly, the Coriolis force will be much weaker, and hurricanes and tornadoes will be very weak, or perhaps non existent.

If the Moon is spun up, then these forces will change in importance, with the Coriolis force becoming much more important and the high and low pressure cells over local noon and midnight become in less important. One other consideration which is difficult to quantify would be the presence of oceans and seas to act as moderators and "flywheels" for the climate engine. Presumably the Moon would have few shallow seas, so there would be no large currents to equalize the temperature or reduce temperature swings from day to night and back again.

The ability of the Terraformers to induce a magnetic field to help protect the Moon from the effects of radiation and atmospheric erosion will help the atmosphere last longer, but won't substantially change the climate of the terraformed Moon. To make the atmosphere last over geological age will require constant attention, a mechanical "roof" to hold in the atmosphere or a technomagical means of increasing the gravitation of the Moon.

12
What would a planet with no moon look like?
6
How would people power vehicles on a planet with no fossil fuels (like Mars)?
42
Reasons why air travel isn't feasible, but ground travel is?
14
Are trojan planets possible? Are habitable trojan planets possible?
3
Will my planet work? (size, gravity, atmosphere)
2
Is it possible to make a stable planetary system like this, and what would the orbits have to be?
3
Climate model for an S-type binary
5
Alternate Biology/Xenoforming:Could the moon have a Chlorine atmosphere?
4
How to prevent the effects on gravity, climate and day-night cycles on a "planet" with a surface area nth time as big as earth's?
4
How thick should my atmosphere be?