Design of inorganic sentient entities that can evolve

In the near future, humans will have manufactured machine sentience. Such a consciousness, the first of a new species, must operate on Earth.

A memristor-based human brain analogue, which seems the most likely candidate for sentience, requires about 700W peak power to operate and requires the area of a medium-sized pizza. This implies having sufficient batteries to supply the brain with continuous electricity. To date, double carbon batteries seem to be a marked improvement over any type of lithium-based battery.

I haven't performed the calculations, but it seems reasonable to assume that such a species would not use flight to locomote, due to the weight of its power supply.

(Solar powered flying machines exist, but they are huge, so they wouldn't fit inside a house, making it difficult to socialise with humans. Detachable [or foldable] wings and re-purposed electric motors for ground travel is possible, but that cascades into other problems that probably make it an impractical design.)

Obvious basic requirements seem to be:

What appendages or abilities would such a species need, if any, to: maneuver in our world, manipulate physical objects, build children (hence evolve), and interact with humans?

In other words, if you could design an optimal inorganic sentient species without being held back by Earth's evolutionary baggage, what would it need?

Here is a render of the first draft requirements (hands aren't drawn yet and a few other items are missing, but it serves to communicate the idea): 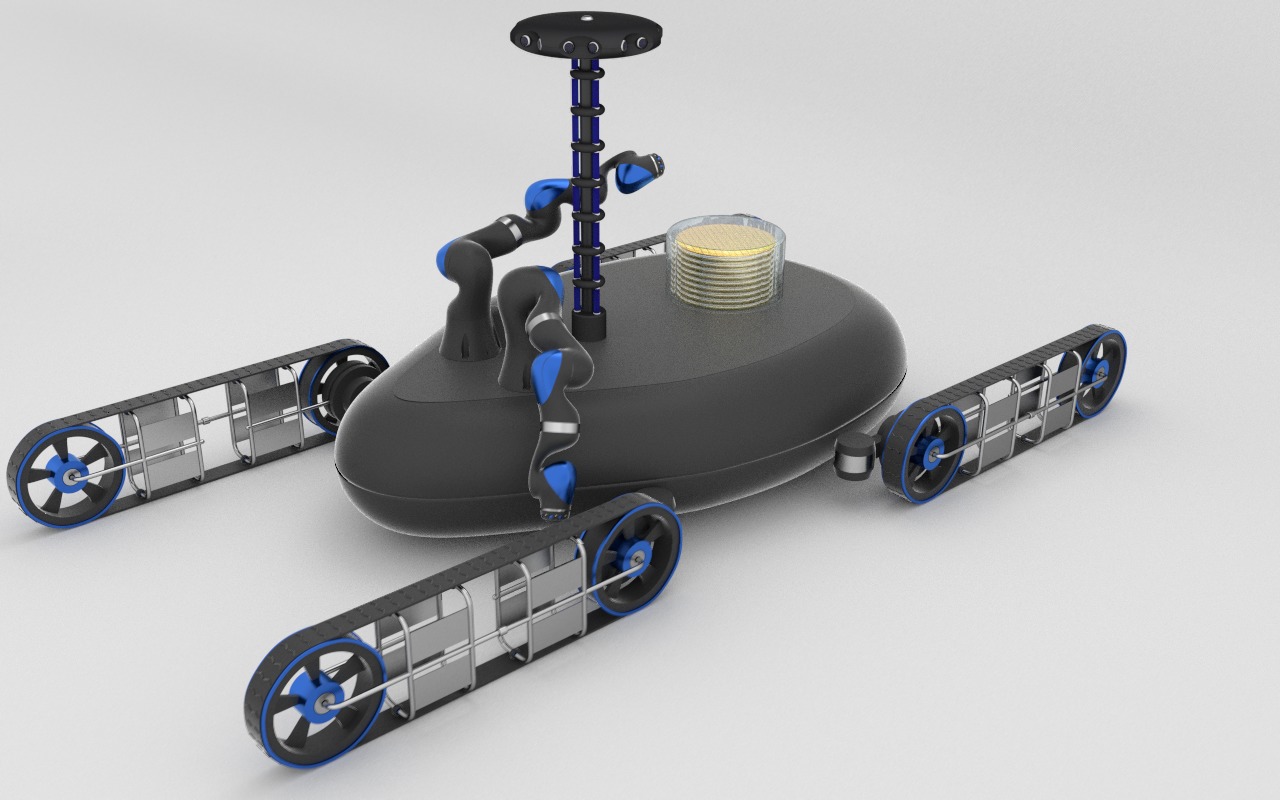 Use a remote body.

It's not "being held back by Earth's evolutionary baggage" like, for instance, needing to carry its brain along with its body. The obvious answer for a creature with a massive brain requiring a significant amount of power to survive is to keep that brain near a reliable power source. This is especially obvious if that creature has natural access to wireless technology.

This is beneficial in several ways:

All sensor data is already coming into the brain digitally, making that link wireless is not a difficult step. If I had my brain transformed into a computer, I would not be counting on battery technology to keep me alive, and given the option I don't think these creatures would either.

Not the answer you're looking for? Browse other questions tagged evolution robots brain consciousness species or ask your own question.

10
Can a sapient species evolve that needs little or no sleep?
0
How would a world composed entirely of androids evolve?
6
How can I separate machines between those I want to be sentient, and those I don't?
4
How or why would a planet's lifeforms evolve to be connected through their own natural “internet”?
5
Can “photographic memory” evolve?
7
How can humans win in a Matrix-style war against sentient machines?
14
Can birds evolve without trees?
8
Could a non sentient land animal evolve an innate knowledge for making boats?
3
Can reptiles evolve like primates?