There are a number of questions on here about possible exotic types of biochemistry on worlds with ammonia or methane oceans. Some of these point out that a plausible pathway would be a reducing atmosphere which has hydrogen released from plants, with animals using that hydrogen to reduce organics back down to methane for energy. A point that comes up in these is that hydrogen will tend to escape from a terrestrial planet, as this chart shows: 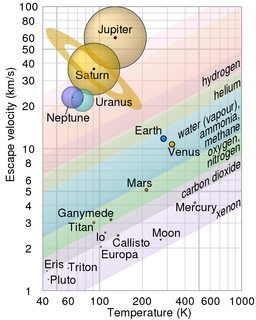 I wonder though, how big a problem is this really? This Jeans Escape diagram illustrates that this leakage only happens in the upper atmosphere, slowly, as the lower levels keep the molecule speeds down in collisions. 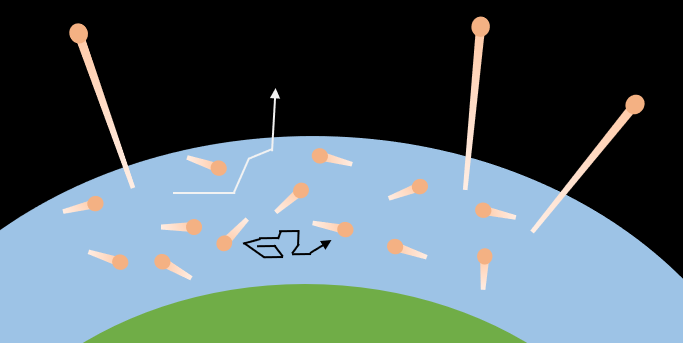 There's also this line from the wikipedia article on the subject.

"In 1 billion years, the Sun will be 10% brighter than it is now, making it hot enough for Earth to lose enough hydrogen to space to cause it to lose all of its water"

Earth has not lost its water yet via hydrogen escape, but it one day will, when the upper atmosphere gets much richer in water vapor, exposing more of it to photolysis and hydrogen escape. Right now though, not that much hydrogen is up high enough for this.

Could worlds with ammonia or methane-based life retain hydrogen created by local life long-term in this same manner? Have a slow escape from their upper atmospheres during their long and cold lifetimes until their suns age and grow hotter? Is is plausible to have a terrestrial world where hydrogen was the equivalent of oxygen in its proportions for long stretches of time without the planet drying out? Titan, for example, has an atmosphere of 0.2% Hydrogen despite its small size and still being too warm to hold onto the stuff long-term.

Could worlds with ammonia or methane-based life retain hydrogen created by local life long-term in this same manner? Have a slow escape from their upper atmospheres during their long and cold lifetimes until their suns age and grow hotter?

This is the wrong question, I believe.

Retention of molecular hydrogen in the upper atmosphere (which is here it will all end up, after all) is absolutely no good for hydrogenotrophs which will largely be living on the planetary surface (or under it).

On earth, one can reasonably expect evaporated water to eventually condense out and return back to the surface, but molecular hydrogen released by whatever biochemical process that escapes into the atmosphere cannot be recycled nearly so easily. High altitude molecular hydrogen may as well have poofed out of existence for all the good that it would do.

The question should be, how can a hydrogen cycle be formed on a world with a less-than-gas-giant-sized gravity well?

Do feel free to ask that, but as a new question rather than an edit to this one ;-)

Titan, for example, has an atmosphere of 0.2% Hydrogen despite its small size and still being too warm to hold onto the stuff long-term.

It is cold, has a massive reserve of hydrocarbons, and has quite a few atmospheric chemical processes that generate hydrogen. Wikipedia lists a few, but it does not list any processes that consume molecular hydrogen and prevent it from simply floating away into space. That ~.1% hydrogen is simply an artefact of a vast amount of hydrogen production.

The presence of large numbers of hydrogenic lifeforms on the surface (or in the atmosphere) would speed up the loss of hydrogen, but whether they'd use it up fast enough to render the world rapidly uninhabitable is again, a question for another day.

I think, though, that in order to have a hydrogen cycle you're probably going to need all the participants to live in an ocean of some kind, something that can slow hydrogen escape fast enough for enough of it to be consumed by hydrogenotrophs. Terrestrial hydrogenotrophs live in places like marine sediments, or your digestive tract, both of which help trap gasses.

It is just a matter of budgets

How is it I can have any money? I spend so much. But due to a fortuitous set of events, I make it a little bit faster than I spend it. If you spend more money than you take in, you will run out of money. If you take in more than you spend, your wealth will grow.

Consider oxygen. How does it persist in the Earths atmosphere? The entire surface of the earth is coated with reduced carbon compounds that will oxidize and consume the oxygen!

Not the answer you're looking for? Browse other questions tagged reality-check atmosphere or ask your own question.

17
How would I transport an atmosphere?
11
Could a Neptune like Gas Giant support life?
4
No More Looking from the Same Side of a Mostly Liquid Surface Terrestrial-based Moon
6
The Great Deoxygenation Event
10
Would A Biological "Cold Haber" Process Deplete an H2/N2 World of its H2 or N2?
23
Plausibility of helium dominated atmospheres on super-Earths
6
Jupiter Leaks Into Earth
3
Can a water world be turned into a dryer habitable planet by an early runaway greenhouse effect?
4
Pumping Oxygen into Titans atmosphere
2
Appearance of an Ammonia World's Atmosphere