Okay, I have a planet with a global ocean of liquid water, and there are these cities in the ocean, floating a few hundred to a few thousand meters beneath the waves. They have spaceports that allow spaceships to access them directly (good thing that the heroine who visits that planet brought an amphibious ship). Weights and counterweights keep them floating at the right depth, energy is gathered via hydroelectric pumps, the materials used to make them are waterproof, and they have farms for food, and large pots are used to heat saltwater up to evaporate it.

And pumps are used to prevent flooding, with most species living there being amphibious at the very least.

The question is: How do we expand a city like that to adapt to an ever-growing population? We can’t let it rise too high, or else it might capsize or something, or if we’re growing seaweed on the outside, it’ll probably dry out and die when exposed to the air for far too long, nor can we let it sink too low, or else there won’t be enough light for the gardens, and if we go lower still, then the city implodes. And we can’t let it grow too crowded, of course.

If you can't expand up or down, then you expand on the sides, increasing the footprint of the city as the population grows. That's how cities expanded also on land on Earth until it was possible to build skyscrapers.

In your case you need to extend the platform sustaining the city.

Another alternative is that, once the city has reached a preset limit of population or extension it simply starts a new city on a newly built platform.

There are many ways to expand cities, and many things to consider.

Our current-day cities all have limitations and pragmatic issues that determine the way they expand, and what form that expansion takes. Various issues affect this, in many ways much more than the simple constraints you mentioned:

Here are figure ground maps of different cities to demonstrate the myriad different forms this expansion could take over time: 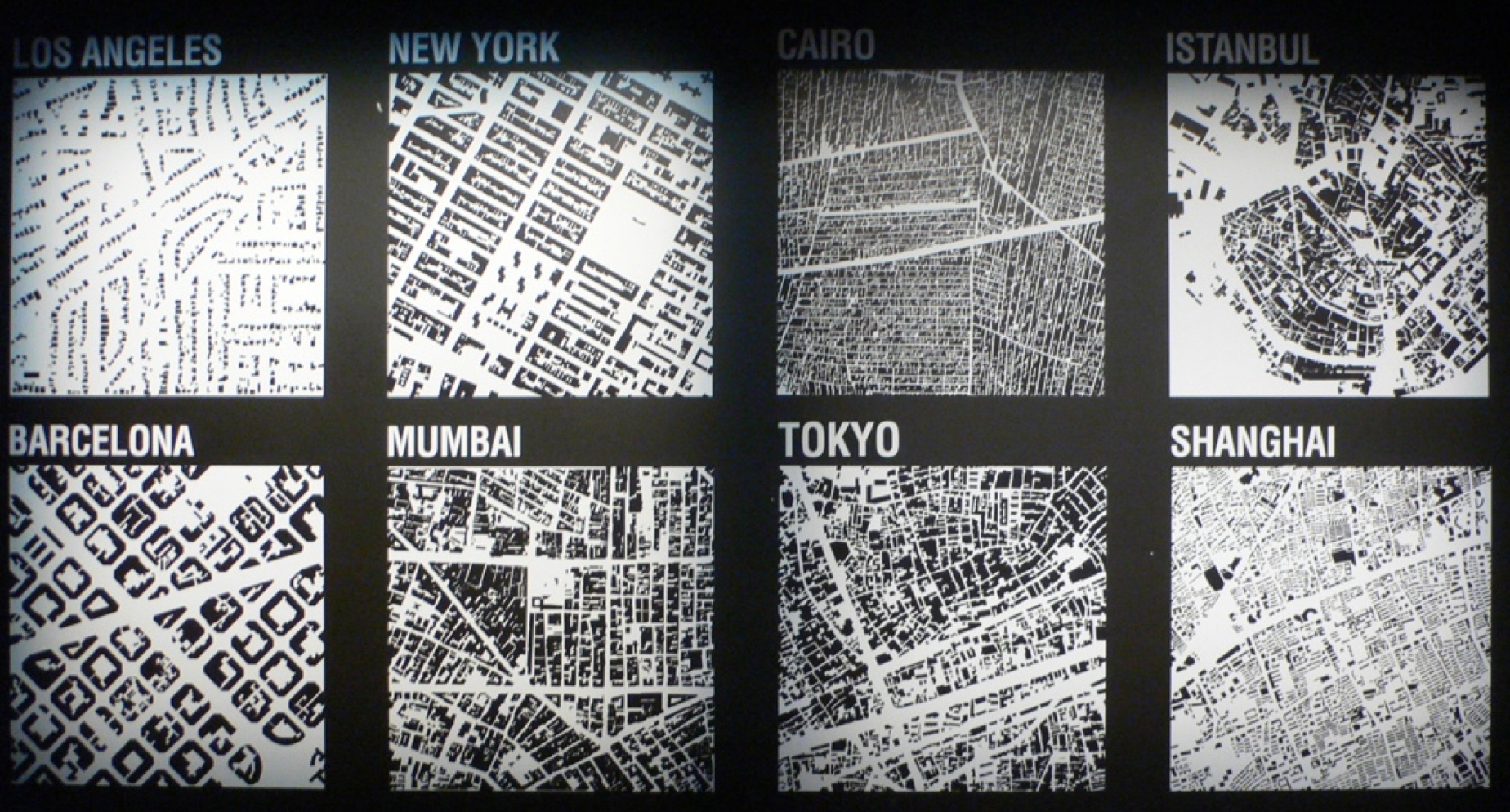 As you can see, some cities are planned (like Los Angeles, New York and Barcelona) and some have evolved without constraint (such as Cairo and Mumbai). It matters if your expansion is ordered or not.

Some use Nodal transport networks (like Shanghai, and LA) while others use 'matrix' transport networks (Barcelona is a good example). This also in many ways affects your Land Use, for instance are your industrial areas centralised, or are they distributed evenly throughout?

In cities like Cairo, where you work is close to where you live, so you end up with very even density and little need for large transport distributors. On the other hand, in Tokyo, it is common to commute so you need a large network to ensure people can get to where they want.

It matters not if your city is underwater or not - the only difference is that you can treat the above images in vertical elevation as much as in plan.

The physical constraints you mention simply contain the city to its boundary, however if the other factors start to take priority, even your physical constraints will not be enough to stop the expansion of your city (hence some cities I have witnessed in my travels in China actually demolish nearby mountains to make way for more city - where there is a will there is always a way).

Not the answer you're looking for? Browse other questions tagged planets underwater ocean cities .

13
Would it be possible for a city floating on water to exist?
10
How to make a city car-free?
2
How long could a city last if it were completely underwater?
5
Weapon that can destroy an underwater city?
4
What are the architectural considerations when an underwater species builds a city?
9
Underwater city sanitation
15
What is a better design for a floating ocean city - monolithic or a fleet of interconnected modules?