How long could a city last if it were completely underwater?

Let's say there is a city, about the size of New York City, that is made only out of stone, steel, and glass. This city would be completely underwater. Assuming no humans are alive in this city, how many years would it take for the city to be destroyed fully?

(Edit 1) By destroyed fully, I mean so it is unrecognizable as a city but rubble remains.

If the city is deep enough and the water is still enough that there is no oxygen in the water, there will be minimal decay. 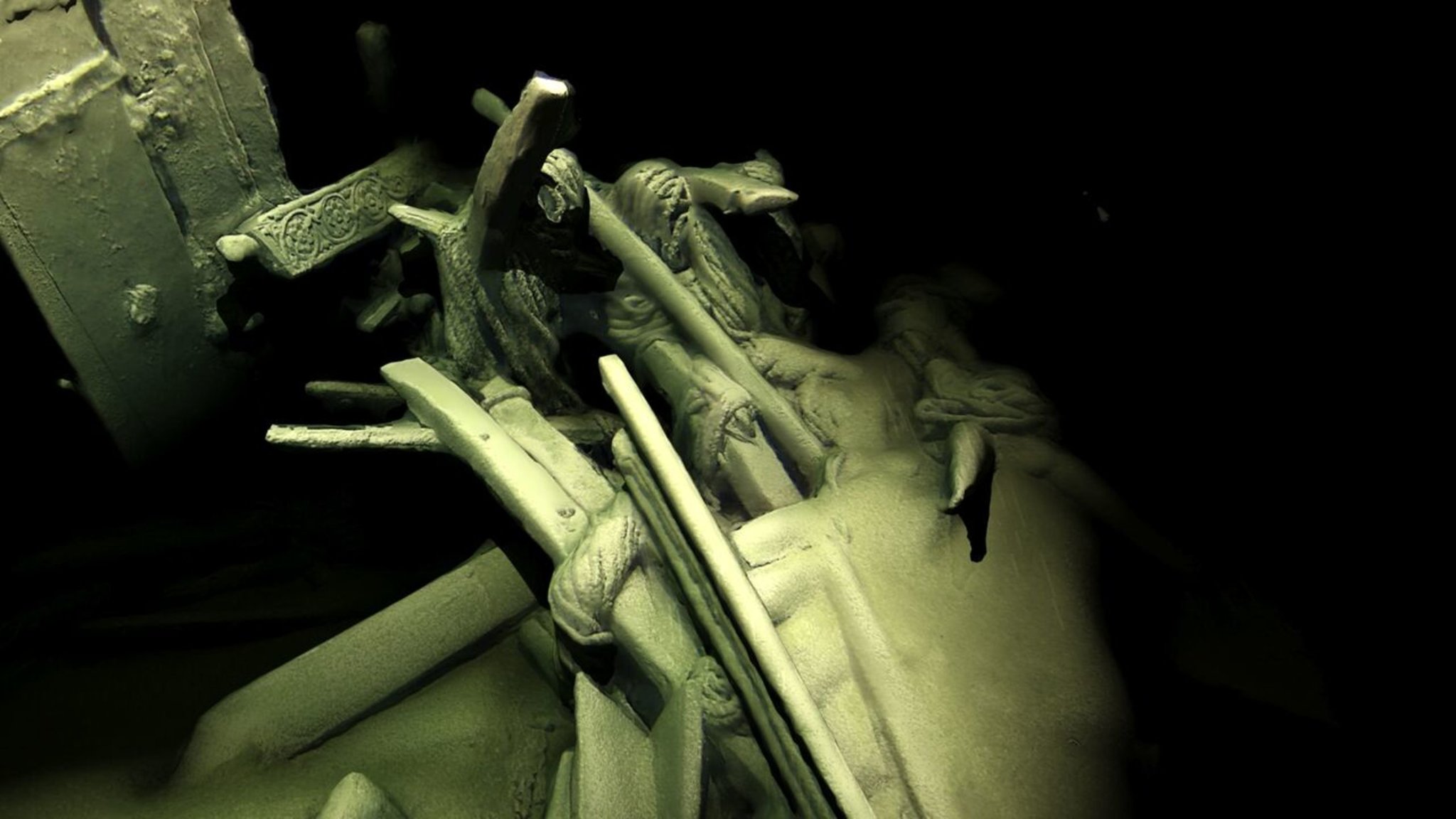 At the bottom of the Black Sea there is no oxygen. That means no eukaryotic critters and no rust (iron oxide). There is no oxygen because the water is deep and still - so minimal sediment motion and things stay unburied.

The depicted ship is 1000 years old and it has recognizable rope. A structure of steel, glass and stone would persist indefinitely in these conditions.

There's a lot of factors that go into this, not just city size and composition. If the city is in a ocean current, then it'll probably erode faster than if it's in still water. Likewise, the stability of the ground is a major factor. Cities near to tectonic features (such as plate boundaries, volcanoes, etc.) are probably gonna have some issues.

Furthermore, metal erosion is dependent on what's rusting it. I'm not gonna get into chemistry, but some locations will rust faster than others.

But... Where is the boundary for completely destroyed, anyways? Remember that if it isn't destroyed fast enough, then it'll get fossilized and it'll take much longer to be destroyed.

You've gotta keep eldritch effects in mind, too. R'lyeh is an example of a buried city that's under the protection of cthulhu, so it won't erode like a normal city. And Atlantis has its own deity.

The destruction of your city is heavily dependent on where it is and what it's made of.

Not the answer you're looking for? Browse other questions tagged environment cities underwater or ask your own question.

13
How could a monarch rule in a vast, isolated, medieval city
63
A city to last ten million years: Construction
6
A modern Manhattan city planner in New Amsterdam
20
What would be the state of decay in an abandoned city?
12
How long can New York City sustain the Snakebot of Doom's hunger for Iron and steel?
11
Is it viable to wall modern cities against “zombies”?
7
Plausible futuristic infrastructure for an underwater micronation built 300-500 feet below the surface
6
What is the largest dragon that could take off without destroying the planet?
8
How would underwater weaponry and technology look under high pressure?
6
Could a city live in a money-free system in a medieval fantasy setting?