Context is an alternate reality where at some point in time, one large tunnel appears on Earth.

The tunnel does not follow Earth's curvature. It is one perfectly straight tube, therfore it slowly plunges into Earth's crust and reaches its deepest point at its midpoint, 271km below surface, in Earth's red hot mantle. It spawns already filled with atmosphere, so there is no devastating hammer effect of two fronts of air rushing in the vacuum of this tube.

It is an amazingly wide 1km inner diameter, and it has 0.5km thick walls made of latest UnobtaniumZeroLambda material. 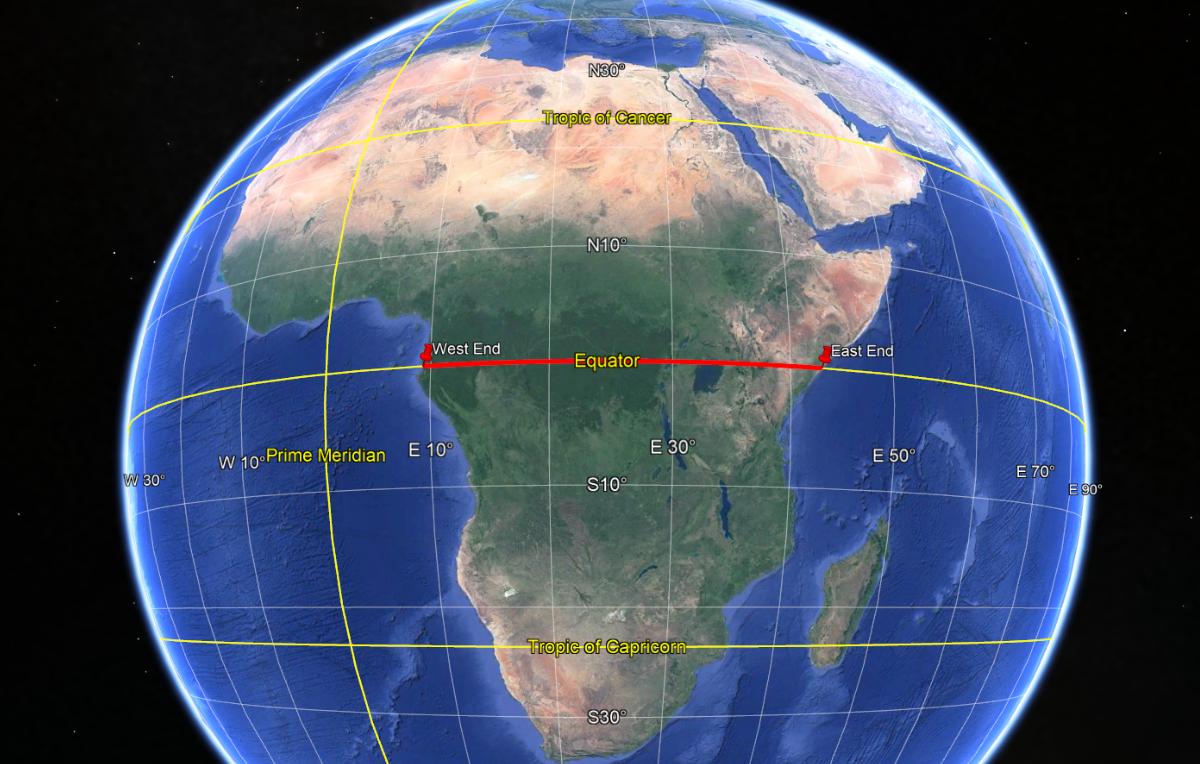 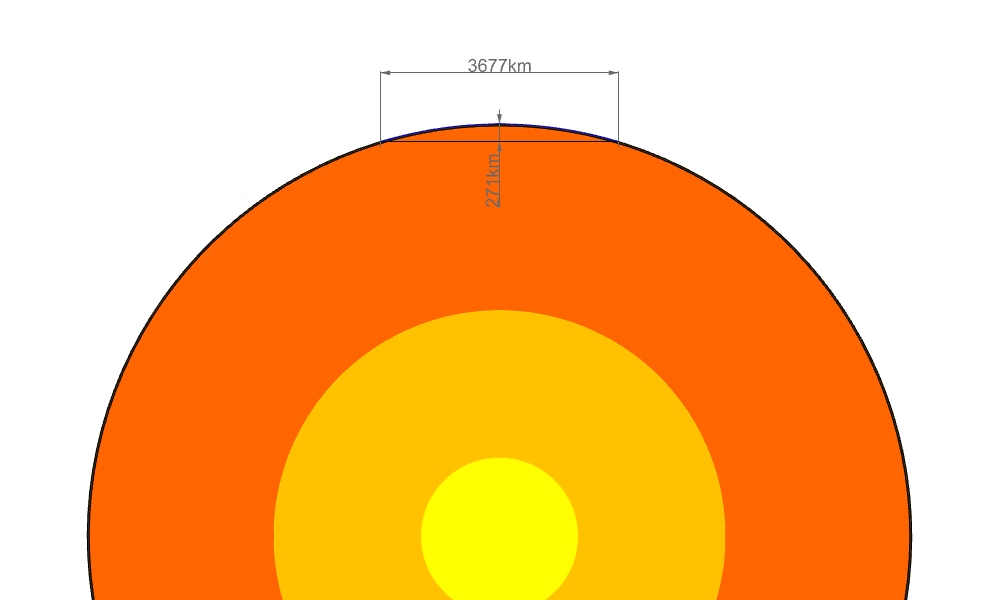 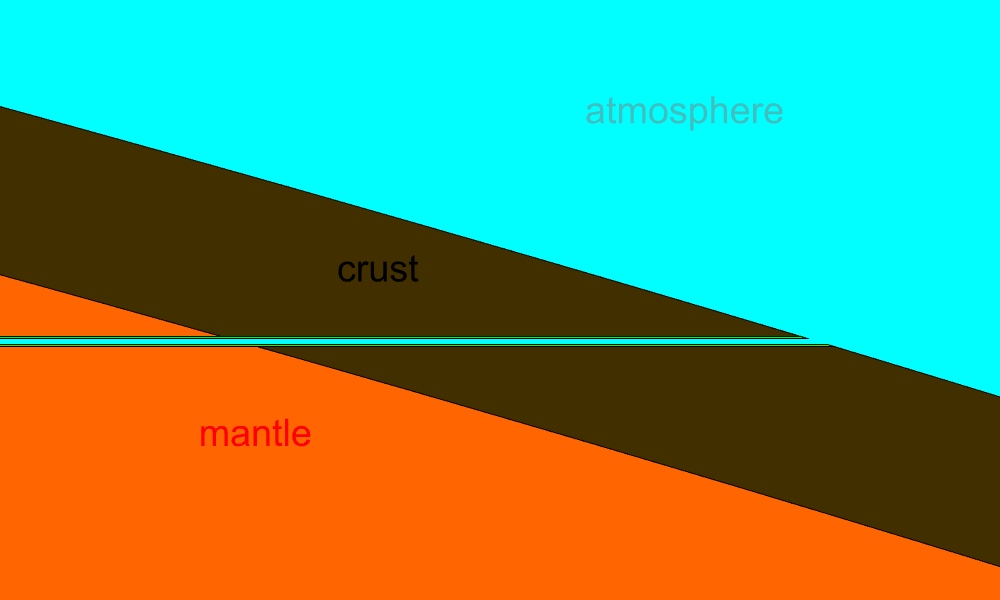 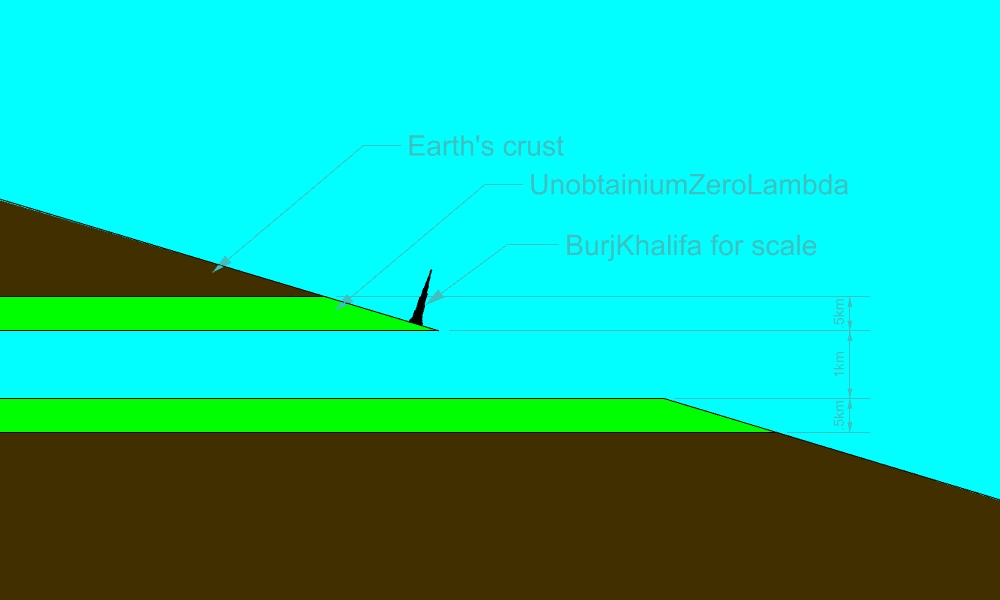 Question is mainly related to science based observations regarding the atmosphere inside the tunnel :

What would be average atmospheric parameters inside the tunnel (temperature, pressure, state) assuming standard and equivalent atmosphreric pressure and temperature at both ends?

What could be conditions inside the tunnel if there is huge difference in temperature and pressure at both ends? (Earth's terminator at tunnel's midpoint + anticyclonic condition at one end, sun aligned along tunnel's axis at equinoxes)

By extension, would it be possible and what would be required to safely travel through it? (by foot, car, train, airliner)

Tunnels of this conformation (geometrically straight and therefore dipping into and through crust and mantle) have been semi-seriously proposed as transportation systems. They have the advantage that (according to math I can't claim to understand) gravitationally driven, unpowered travel through such a tunnel (evacuated, with frictionless rails) would take a constant time for any transit, regardless of end points.

For a tunnel open at the ends, the most salient issue would be atmospheric pressure. You calculation shows 271 km depth at the midpoint -- that's more than four times the depth of the troposphere on Venus, indicating that you'll have a pressure near 400 atm at the midpoint (a bit less, perhaps, because Earth's gas mixture is less dense than the cardon dioxide that makes up most of the Venerian atmosphere). That's enough pressure to make the tunnel impassible to current travel technology -- we don't even have submarines that are self-powered that can stand the equivalent of 40 km depth of sea water. And then there's temperature -- not due to heat flux through the (perfectly insulative) tunnel wall, but due to simple pressure/temperature relationships. The same lapse rate that makes it cooler in the mountains than at the beach will make it hellishly hot by the time you're a few tens of kilometers into the tunnel (and a kilometer or so below sea level).

Further, since the air in the tunnel will interchange with the air outside, and the size of the tunnel (far larger than airship hangars, the overall largest enclosed structures), there will be weather inside the tunnel. Lack of solar heating suggests that much of this weather will involve deposition of water introduced with inflowing air (rain, fog, condensation on the walls). Additionally, air can hold less water vapor at higher pressure. So there'll be water inside the tunnel, and we literally have no reliable idea what happens to ambient temperature water at 400 atm. Too hot to make pressure ice, I think, quite possibly supercritical (or near critical -- read Close to Critical by Hal Clement for how that would act).

To be perfectly clear: this tunnel is not a horizontal tube. Horizontal would follow the Earth's reference datum (sea level, which is very nearly spherical; its oblateness due to Earth's rotation doesn't matter here); you can clearly see from the diagrams in the question that, relative to the surface at either end (presumed level ground) the tunnel slopes by several degrees -- and if it slopes down toward the midpoint at both ends, the midpoint must be the bottom. Don't let the geometric straightness of the tunnel fool you; the midpoint is genuinely 271 km below sea level as it would exist directly above the midpoint.

Not the answer you're looking for? Browse other questions tagged science-based reality-check alternate-reality .

1
Atmospheric Water Extraction
1
Is it possible for a spheromak to maintain itself at high speeds under atmospheric conditions?
7
Climate conditions and/or atmospheric changes required for the Everboom
8
Effects and feasability of a modern-day Olympus and Hephestus
3
Which Stars Would Best Suit For the Habitable Zone of The Nine Norse Earths?
6
Tall trees : atmospheric pressure
3
Massive Medieval structures
4
Atmospheric Reactionless Drive Ships
5
Can I make a wind tunnel with portals?