Could a creature evolve a cubic brain?

One thing that is fairly common amongst nearly every macro-scale living thing on this planet is the brain. The brain controls when creatures breathe, move, talk, etc., but the brains of said living things have one major thing in common: they are all fairly globular in shape.

How would a creature evolve a square shaped brain? What advantages or disadvantages would arise from this brain compared to the common globular-shaped brain?

In order to have a square brain, you need a square container, which means a square head. And square heads aren't as structurally sound as round heads.

The Brain is a very fascinating organ. There are many aspects of it we simply do not know. It's shape is one of them.

Perhaps a look at embryonic Brain formation would provide us with clues as to why brains are the way they are. Looking at early cell creation and sequences in our egg cells after conception usually tells us clues about genetic instructions required to layer on top of each other to develop organs into what they are today.

This technique can be used to see that we structurally evolved from fish, with early embryos looking 'tadpole-like' and having tails - to be lost later as genetic instructions evolved later to lose our tails. 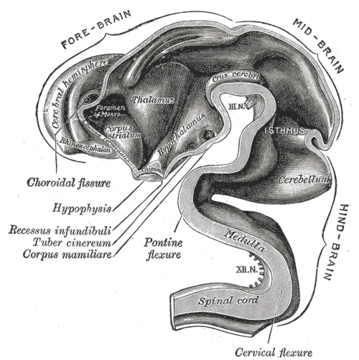 The Brain forms in our 3rd week of gestation with 3 main cells forming the forebrain, midbrain, and hindbrain. These are expanded to form the main axis, which slowly grow in size and length. The brain is very early split into hemispheres, although it is worth noting at this stage the Brain appears to be linear in nature, curling up on itself to form the classic Brain shape at 3 months. 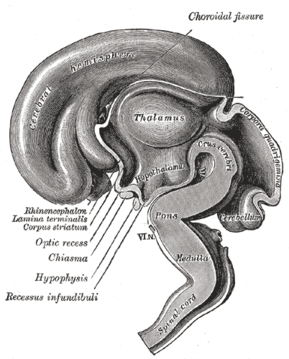 From four months, folds in the brain become evident as cells are continuously added. No-one really knows why but there are several theories why these folds are evident in all animals. One theory is that in order for parts of the brain to communicate, increased surface area and internal cell structure is important and need to be closely aligned. Cell formation then follows a folded wrinkled structure as all parts of the brain need to be kept close to the central stem, that supplies blood and enables communication with other organs. 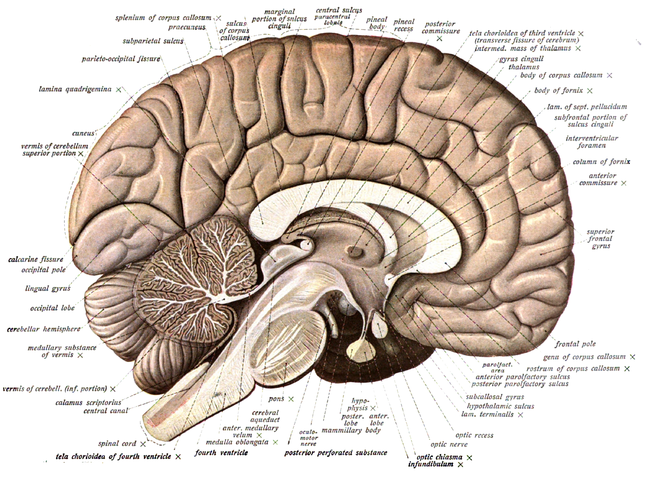 This may be a factor preventing the brain from being 'square' often in nature, as it may interfere with the ability for the parts of the square far from the middle, the corners, from being able to access supply and communication structures at its centre.

We also know that many animals develop protective structures around their brains to protect its delicate cell structure, which is easily damaged by trauma and sudden movement. Squares have weak corners which given any impact would easily dislodge.

So can an organism evolve a square brain? There needs to be a major advantage for this to occur - perhaps it lives underwater in a static environment, such that structural protection is not an issue, and its development creates more rigid stems that develop corners early in gestational formation due to mutation. Rigid external structures could determine advantages of this, or an internal square structure (sensory organ perhaps) that the brain stem must wrap around during development.

Cubes are rare in nature. It isn’t very energy efficient. Spheres are more resilient, and things that grow tend to accrete material, which means it is easiest to add at minimum distance from core.

If you want a cubic brain, it probably needs a substance that naturally forms cubes to be its primary structural element.

Polonium is the only metal with a cubic crystal form... happens because of its atomic arrangement. https://www.e-education.psu.edu/matse81/node/2131

But there are other substances that form cubes. Carbon can, but only under high pressure. Most notably for this discussion: silicon does quite easily. There are many silicon-based amalgamations that cube, and we know silicon makes a good platform for computation. And silicates, unlike polonium, are common in the environment.

So if you’re going to get a cube brain, use a computing substrate that likes to form cubes anyway. Silicon would be my choice.

Very unlikely. Aside from physical structure considerations (e.g. for an animal with a skull, the corners will be very easy to "concuss" at mechanical shocks to the head), the connectivity between neurons will benefit by the shortest to their necessary connections and shortest distance to the meninges.

In this regard, the neurons in the corner of the cube:

I don't know, this may explain the behavior of PHB
(no, its not polyhydroxybutyrate)

Not the answer you're looking for? Browse other questions tagged science-based reality-check creature-design xenobiology brain or ask your own question.

17
Creature with a non-centralized brain
61
What are the conditions in which a creature would evolve more than one brain?
3
Graphically represent (map) multiple spatial dimentions
3
How could a creature like this evolve?
16
Plant based lifeforms: brain equivalent?
7
Brain Tick, how could it take over a host's brain?
6
Brain Micromanagement
0
Could the Goliath monster from “Evolve” (the game) feasibly exist