Would glass bullets be feasible in a hypothetical world?

Enter the world of hypothetical-ness:

Imagine a world where we have used almost all of our copper, lead, and iron supplies and deposits. The amount that we still do have is not enough to make a lot of bullets and military ammo.

But what if we could use glass as a projectile that could be shot from a gun or military weapon? What type of damage would it do, how would it change warfare, and how would cities change, and what would be the economic effect (i.e, now they are making glass in large amounts, how would that change the economy and areas with high amounts of sand, soda ash, and limestone)?

EDIT Also there is no way to recycle the metals: copper, lead, and iron.

What damage could it do?

How would it change warfare?

How would cities change? (Defense)

What would be the economic change in areas with high amounts of sand, soda ash, and limestone?

There are options available. Historically bullets have been carved from stone, for example.

The bigger problem to solve is what to shoot the bullet with.

A steel firearm quickly becomes priceless. You'd be killed for having one. I'd opt into archery in a world like this. Early bronze firearms exploded way too often for me to trust any firearm made of substandard material.

One less iron carcass flat and you have bullets for a good army. Cost of just one flat will provide you with a lot of bullets. If iron is so expensive, people most likely wouuld not use it for buildings but for smaller appliances.

That said, glass is by approximately 75% silicon dioxide ($\text{SiO}_2$). As such, if we have enough glass or sand we can extract silicon from it so ho have a metallic material much better suitable for making bullets: 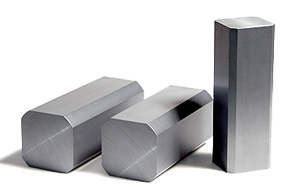 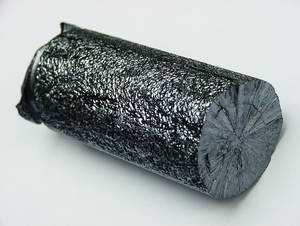 The problem is that for a good bullet, you want a very dense material that is also fairly soft. (Gold would be perfect, if it wasn't for the cost.) That's the main reason lead is traditionally used (until it became an environmental problem), and why depleted uranium is used for extreme military applications such as armor-piercing rounds.

Density is largely a matter of air resistance and penetration power, as the kinetic energy of the projectile is concentrated in less area. Softness is a matter of wear on the barrels of your firearms. Fire a few rounds of a hard, abrasive material like glass, and the rifling of your barrel will be worn down. A few more, and it could wear to the point where the bullets are a sloppy fit, compromising both range and accuracy.

Glass has a density of $\mathrm {2.4\ g/cm^3} $. This is going to be a serious limiting factor in how much damage the bullet does when it hits—it will not penetrate more than 2.4× its length. That means a small-calibre bullet isn't going to do a lot unless it hits something vital that's near the surface (say, an artery—and even that only means you likely get a kamikaze enemy. They know they're going to bleed out and try to take you with them.)

I recall a short story about a planet without accessible metals. The beings there were adept at making ceramics for all purposes.

A planet like that presumably still has Aluminum, which is very light and doesn't exist naturally in metalic form. Other metals that are never present as metal (requires high level of technology to isolate), and low on the periodic table might still be present.

Look at this link for a list of non-metalic metals by density. The densest at 11.2 is mercury oxide. The next one (9.8) contains bismuth and chromium. You would have to go down the list to find what is allowed, but it will be lighter. Lead, in comparison, is 11.3 and iron is 7.9.

Higher tech would not be to use glass. They would find a mineral (possibly synthetic) that has desirable properties such as (relatively) high density, or being monocrystaline and able to withstand high stress.

Projectiles made of flint were effective, long before firearms came around. Perhaps combustion as a way to throw an arrow would be a natural progression from hand-cocked springs of various types. Hard needle tips might evolve, as opposed to heavy slugs. They could certainly be poisoned as well. Morter rounds can contain flaming tar and diseased rat carcasses as well as stone. Explosive rounds might deliver the punch after the projectile reaches its destination.

Since glass is far less dense than metal, the only way to increase the penetrative and killing power of a glass bullet would be to make it go far faster than a comparable calibre metal round. The magic equation here is $E_k=\frac12MV^2$

Of course the difficulty them becomes:

a. How do you drive the bullet so fast, and;

b. How will the projectile stay together?

Since glass is rather brittle, a glass bullet will shatter if subjected to high accelerations. Since glass is actually an insulator, electrical weapons like railguns won't work with a glass projectile (unless saboted in a metal case), but then you will end up blowing a slug of molten glass or glass dust out the barrel at about Mach 7.

So glass is probably not the thing you are looking for here. Maybe if you use basalt spun into a bullet form, you will be closer to a usable weapon.

Purely hypothetical but say hardened glass, almost like gorilla glass or unbreakable pipes for smoking, I have seen those thrown on the ground and not break, were used and hypothetically we could fire it without breaking... Wouldn't the actual wound be a lot worse than metal due to it shattering as it penetrates flesh then fragments and slices? Or because of the mass it would create more of a flesh wound?

Glass could perhaps be used for a small caliber bullet in space or on the moon, as the propelling force would be less than on Earth. It would be cheaper and more economic than mining, transporting, and then probably just wasting the more valuable stuff.

To supplement the answers above, people do make glass bullets (more accurately, shotgun slug). While the glass shatters on contact with hard surface, it can still penetrate a thin metal sheet, and the fine glass powders continues to move in forward direction.

Which also suggests that hitting body tissue will do much more than a superficial wound, more likley a penetration wound heavily contaminated with fine glass powder.

As a side-note, lower density not only reduce penetration, but also causes the projectile to decelerate more rapidly in atmosphere, reducing the effective range of the weapon used.

Not the answer you're looking for? Browse other questions tagged physics warfare economy weapons .

14
Glass arrow heads
11
What non-metallic materials would allow making guns and bullets?
0
Why should glass harm a fext?

0
How would a war over a mountain work?
21
Non-Metal warfare
5
How would the introduction of firearms evolve in a society with limited economic development?
6
Are there size constraints to Time Bubbles?
20
Combat in a subterranean environment and how it would be waged
10
What are the potential pitfalls when using metals as a currency?