How could Intra-mundane travel be made impossible with wormhole technology?

The gods of this world created a Dyson sphere which is 22.5 times the surface space of earth. It is divided up into 9 sections, or "realms", which are self-contained worlds that humans live in. These world's are part of a realm gate system that connects then to each other. They each contain one gate which leads to a large way station, in which connections to the other gates can be made. This network has allowed people to travel from world to world, giving rise to intermundane commerce.

The powerful organization responsible for administering and controlling this network exists in all the realms and regulates the commerce between them, giving them much power and influence with realm governments. However, they have sole access to special tech that allows them to bypass this network entirely. Using specialized rings, they can open a miniaturized gate that transports them directly to the realm of their choice. This gives them instant access to a world without having to make the travel to the main gate common people must use. While they can travel in-between worlds, instant travel within a world is not possible.They must still travel from place to place using traditional modes of transportation. This does not make sense.

Why would interplanetary travel from world to world be possible, but instant transfer within a world be prevented?

A wormhole will have energy constraints. If the wormhole is too short, the ends may attract each other. It means you would have to expend enormous energy to keep a wormhole open if it was shorter than some critical length, say 1 million km or something. Where over 1 million km you can keep it open with a very small amount of energy, just enough to guide the ends along with the motion of the targets.

It means you could, in principle, have shorter wormholes. But you would have to pay for them in terms of enormous energy bills. Maybe it costs \$1 to go through a wormhole that is more than 1 million km, but to travel 1000 km by wormhole might cost \$10,000. And it might generate a huge amount of waste heat that make the neighbors upset. And maybe it collapses with a huge disruptive explosion that annoys everybody.

Sigh. It won't work that way. You will presumably want to be able to travel to more than one location over long distances. So that means you need multiple wormholes that have an end near you. That means you need to be able to have the following. The red wormhole takes you to one distant location, A to B, and the green another, A to C. But then the blue one brings you back to a near destination, C to A+, giving you effectively A to A+. 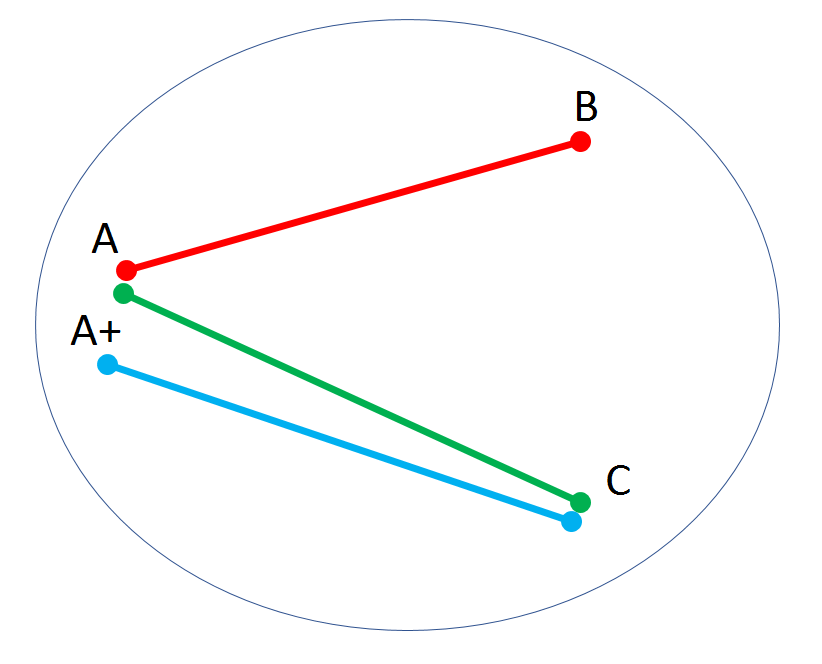 And it won't help to play energy games. Even if you can only have one hole open at a time, it just means you have to wait for the return hole to get opened in a different location. If the long hops are acceptable, then the short hops can be constructed out of long hops.

You Dyson sphere is a Polyhedron of some sort. 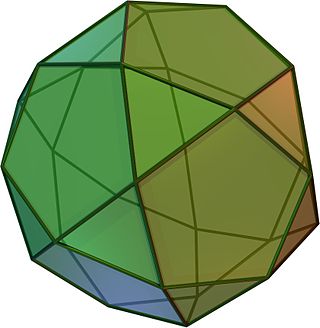 This also neatly divides your sphere into self-contained regions because the 'edges' could be impassable barriers. Maybe they are strips of vacuum or impossibly steep mountains. Your travel guild maintains the only bridges or tunnels across these borders.

your magic portals work instantly but you still need to aim them and they work by line of sight. Using them on some place on the same plane sort-of works but only across very short distances where you can have line of sight. The first pioneers tried to use them through a network of towers but too many people ran into flocks of birds while teleporting so that idea was abandoned after an incident with a crown prince and two swans.

But teleporting to another plane is easy: you just need a decent telescope and most of your travel will be through vacuum or thin atmosphere, comparatively easy.

A bit of a cop-out, inspired by magnets.

Let's say you got 2 magnets and want to push them together (think we all did that as a kid) just to see them push each other away. Perhaps the personal gateway can work the same, with each side being naturally attuned to the other side, and if you bring them to close (in the same realm) they will push each other away. This could lead to inaccurate positioning or perhaps even a devastating shock wave forcing security measures to make sure they aren't (legally) opened inside the same world.

Not the answer you're looking for? Browse other questions tagged technology science-fiction or ask your own question.

10
Interstellar communcation with FTL
4
Powered Assault Armor - How possible it could be with near future technology
16
What are some ways stop magicians from using magic without resorting to the old 'special anti-magic metal' cliche?
4
What would be the best way for a supernatural entity to fit into a physical body smaller in mass and volume?
2
How can a quarantined eldritch abomination affect boundaries beyond its perimeter?
2
How can entrance through an open doorway only be possible from one side?
27
How to prevent humanity from using alien spaceships and technology exclusively?
43
How would travel classes be delimited in a world where teleportation is omnipresent?
6
What would prevent magitech created in one realm from working in another?