Could a dragon use its wings to swim? 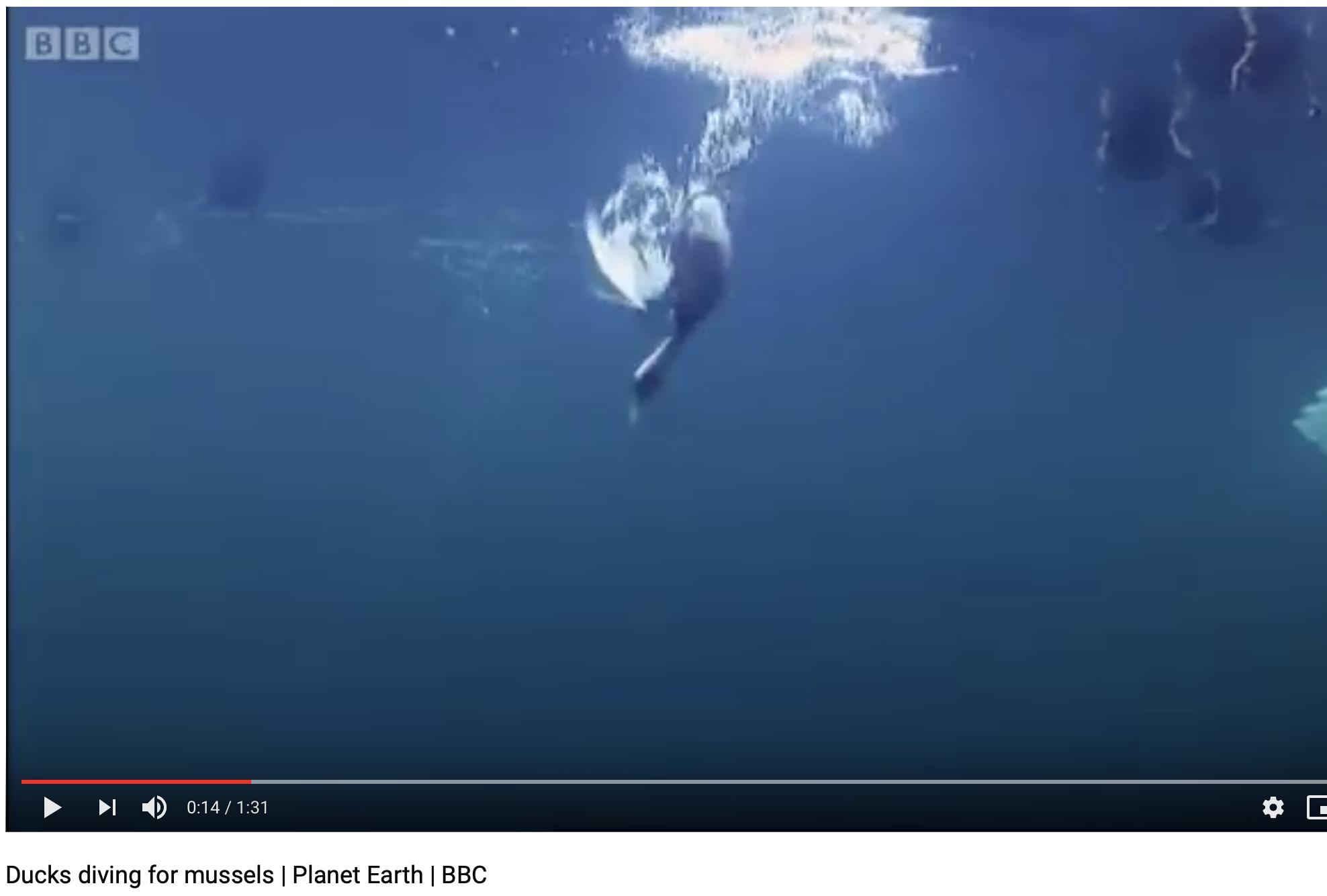 It occurs to me that it would be good for something like a dragon to be able to use only part of its wing at first. I worry the forces put over the entirety of the wing to move that much water could tear the wing. As the dragon got up to speed it could use more and more wing.

There are certainly real-life birds that can fly in air and primarily hunt underwater by swimming with their wings... puffins. There are other birds that swim underwater primarily by kicking with their feet, such as diving ducks and cormorants, and there are birds that use a mixture of the two strategies, like gannets (which can also do awesome 100kph power dives from 60m up). There's plenty of footage on youtube of all these birds doing what you're interested in, so at this scale what you want is clearly possible (though dragons with huge webbed feet might not be quite so intrinsically bad-ass as ones with talons. ymmv).

I strongly suspect that there will be scaling issues... for the same reason that large flying dragons are awkward things to make plausible (see countless questions on this site passim ad nauseam) making very large flippers remain light and strong and fast enough for flight and remain tough and powerful enough for swimming is likely to be very difficult. If you've already handwaved dragons into your scenario, perhaps this is less of an issue for you. For the record, northern gannets have a 180cm wingspan, so if your dragons are about this sort of size, you'll be just fine.

Now, there are tradeoffs to be made. Penguins clearly outswim all of the above, but they can't fly and so can't really live anywhere with land predators. Puffins can outswim gannets, but both are outflown by piratical birds such as skuas which will attack the them and steal their catch (see kleptoparasitism in birds). Remember that sort of thing if you're making an ecosystem with various dragon species in it. Personally, I feel that flight is often overrated. See also: the astonishing success of your own species, flight-envy notwithstanding, the wide spread of penguins which don't have much use for flying and especially ants which were able to fly once but mostly gave it up and have become extraordinarily successful. When it comes to sea dragons, I can understand that not everyone is excited by the idea of giant marine iguanas that might breathe fire or create pistol-shrimp style shockwaves underwater, though :-(

Absolutely, but there are some interesting physiological tradeoffs.

Many birds also swim underwater, and there are broadly two techniques for doing so.

The first is to use your feet for paddling. Birds such as grebes, loons and cormorants do this, and it can be very effective. It's beneficial as it allows their wings to be well adapted to flight while still being capably of swimming underwater. It also allows for a lot of manoeuvrability.

The first tradeoff is that it's not quite as efficient as using wings so you rarely find it as a sole strategy among sea birds. It's more common among freshwater birds.

The second tradeoff is that to make it more efficient for diving, you tend to need legs that are further and further back on your body. This makes it more and more awkward to walk on land (which is necessary at least for laying eggs). You can see this quite starkly in the extinct Hesperornis which was a sea-going bird that swam with its legs and was probably very ungainly on land. 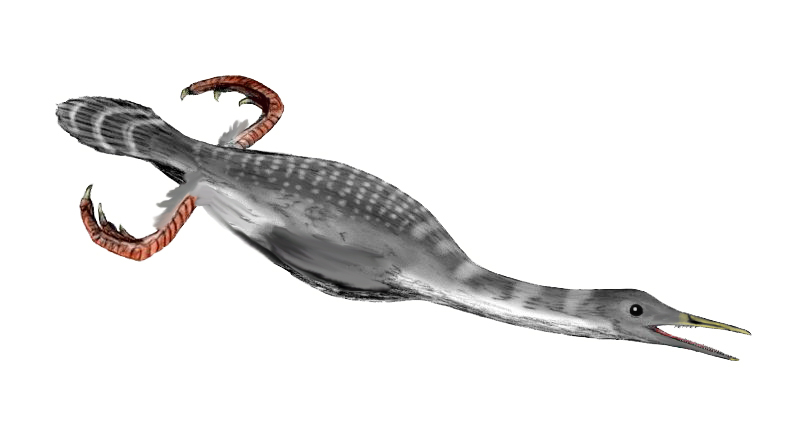 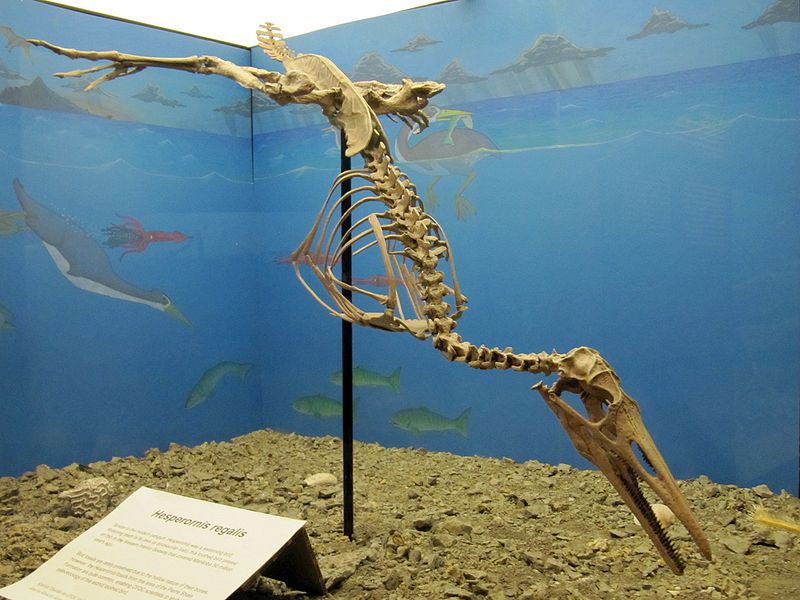 Swimming by generating lift with wings

The second option is to swim using exactly the same mechanics as flight. Flapping wings produce lift and thrust in exactly the same way whether they're operating in air or water. This can be very efficient, and is how the majority of sea-going diving birds swim. However, there are some key differences.

As air isn't very dense, to fly you want a wing that has quite a lot of surface area compared to the weight/area you're trying to move. Strength-wise, you can get away with this as the wing loadings aren't very high.

Water, however, is much denser. For a given power-stroke, you will generate much more lift and thrust, and your wings will be under much higher strain. So, what you want for swimming is short, stubby but strongly built wings.

What you get in diving birds is very often a compromise. Either they will have wings that are pretty well adapted for flying and their swimming ability suffers (shearwaters for instance), or they are very good at swimming but are not very efficient flyers (Puffins). Some pics to illustrate: 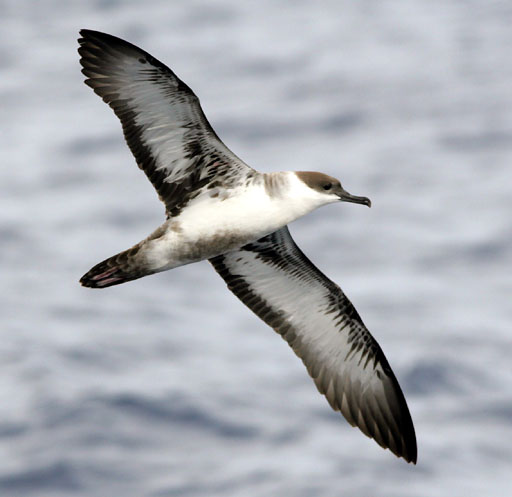 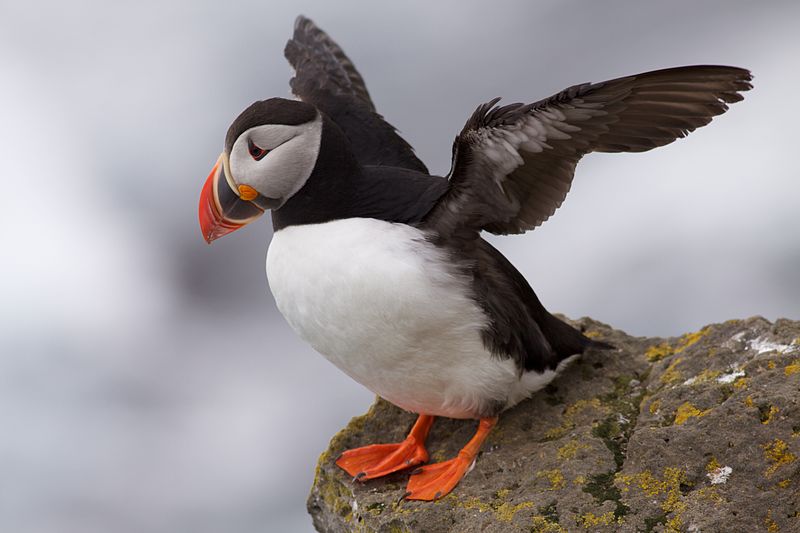 Puffins actually have some of the highest flight costs of any birds. Go far enough this way any you'll lose the ability to fly at all and become extremely efficient swimmers, like penguins.

Birds specifically have lungs that don't really inflate or deflate like ours do, so they are trying to dive with inflated air sacs inside them. Seabirds have some of the densest bones in the bird family, which helps counteract this buoyancy. Some also swallow stones for ballast.

Feathers are also designed to trap air pockets inside them to increase their surface area for a given weight which is not what you want for diving. Diving birds with waterproof feathers often preen them before diving in order to drive out any trapped air, and some like cormorants don't have waterproof feathers which allows them to get waterlogged while diving and decrease their buoyancy (at the cost of having to dry them out in the sun before they can fly again).

tl;dr All of this adds up to a set of tradeoffs where if you want to be a better swimmer, you will have to make sacrifices in efficiency for flying and/or walking.

Water is about 3 orders of magnitude denser than air.

This means that, for a given profile and velocity, lift forces and drag will be as much as higher in water than in air.

If you need to have lift in air you need a large surface, which would be too large in water. See penguins: their small wings work like a charm in water, but are totally useless to fly.

Unless your dragon has a foldable membrane that can be deployed only in air, there is no way that water optimized find/wings can provide lift in air.

This also answer your question: the water dragons can deploy an additional membrane to get lift when they venture in the air, an they keep the membrane unused when in water, to reduce drag.

If fish can have fins that allow for flight, so can your dragon. 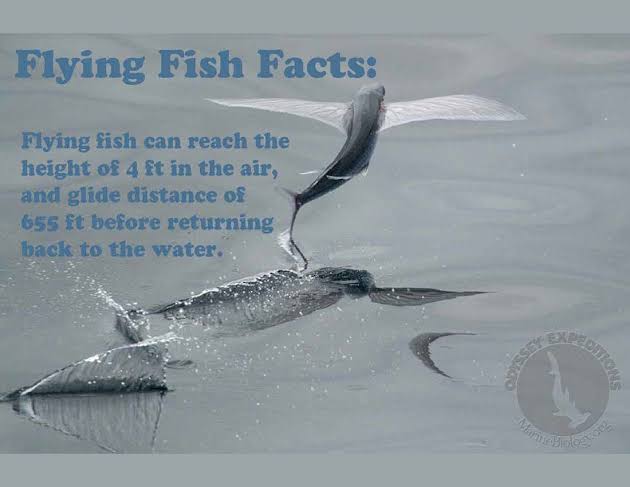 Just don't expect to be able to ride one in flight, or to see it going on for more than a couple hundred meters at a time.

Not the answer you're looking for? Browse other questions tagged biology mythical-creatures dragons .

4
Dragon taxonomy
5
Can a dragon who can heat parts of its body at will use that to fly?
8
Could a dragon use hot air to help it take off?
29
Why wouldn't dragon-hide make me fire-resistant?
2
How could dragons use their forepaws as hands?
3
Flight drag and the superior limit size for hexapod dragons?
9
How to design the muscular structure of a dragon?
14
If a dragon could fly without magical assistance, how much force could a dragon exert in directed air attacks using the force of its wings?