Triskeles are popular Celtic decorative motifs. Everyone from modern day retro-Pagans to jewelry makers to Celtic bands uses them for the cool factor.

But there is a little known creature, possibly mythical, that is depicted on flags and coins from disparate island regions of Europe. 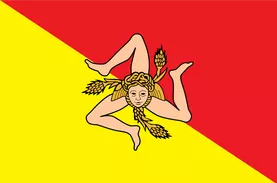 So naturally, this got me thinking about the Triskelion as an actual creature. And, as it turns out, in my own World, there is such a creature.

It's not been properly studied and is not amenable to life with people. It's not cute & cuddly and is useless as a hunting beast. So no one really wants to have anything to do with the poor Triskelion. 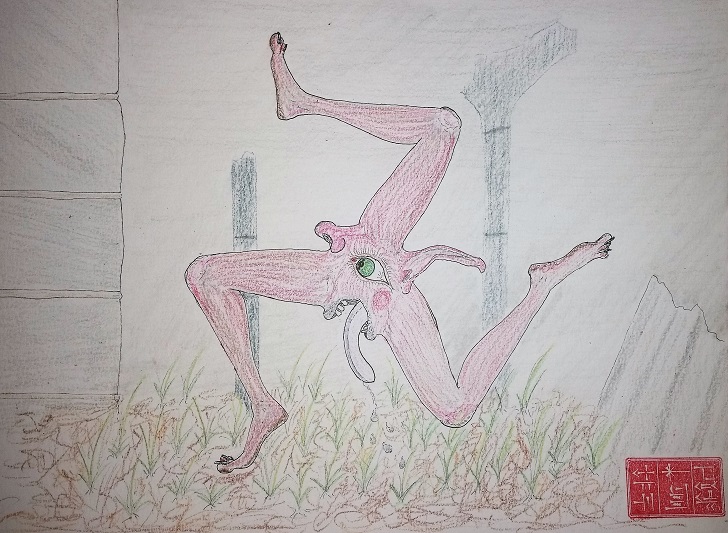 I'm looking especially at this creature's curious anatomy (some kind of "pouch", no apparent heart or brain, etc) and wondering how it might have come to be.

One of many queries in the Anatomically Correct Series.

This thing is an echinoderm that has evolved to dwell on land after a few dozen millions of years.

The largest starfish are around a couple feet (~66 cm) wide. It is no stretch to have some larger ones. It evolved to be a little larger because that's the best compromise between, in adult size, eating other animals and not being eaten, while being as energy efficient as its cold blooded metabolism will allow. 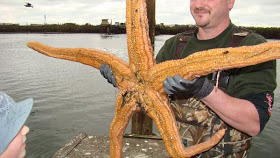 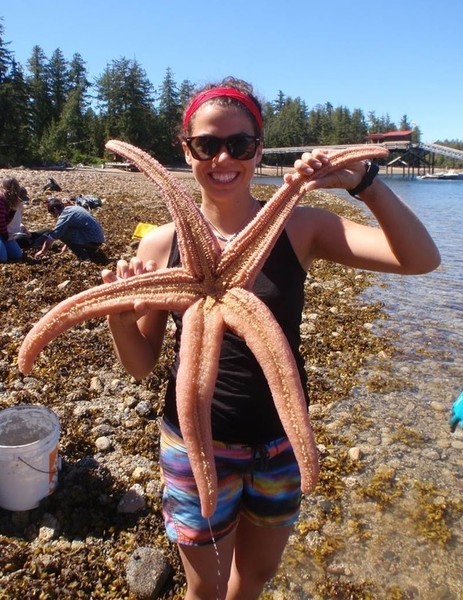 Being land based gives them a reason to evolve articulations and a gait that favors using legs as they do rather than the horizontal crawling of their marine cousins. It gives them more speed and agility. It also allows for jumping and absorbing a fall's impact. They would never develop these traits in water, which is much denser and viscous than air - but on land, those traits are the difference between life and death.

Echinoderms also match other parts of the description, especially:

They have no lungs or heart or brain; and are mostly composed of muscle, bone and sinews (...) The cavernous mouth leads to a strange cavity into which many fine hairlike fingers protrude.

The "bones" are an adaptation of the echinoderms' ossicles, which are calcareous structural elements. Rather than a brain it has a complex neural network spanning the legsx where decisions are made, no changes there. The hollow muscles in the legs which anatomists can't decipher are intestines. As for the mouth, this is a starfush mouth up close: 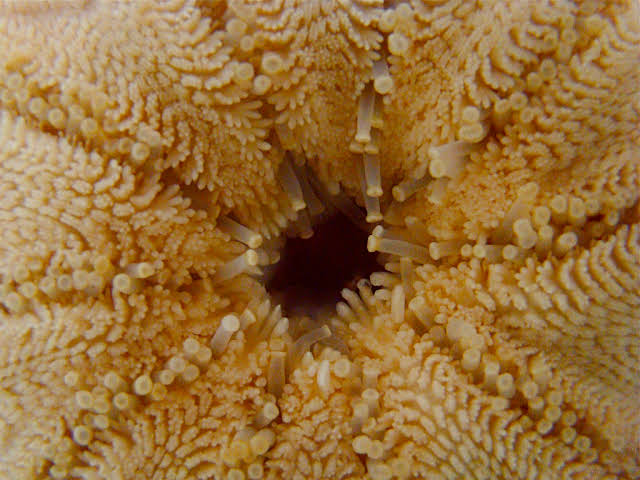 The "hair" are really many small feet which evolved to be thinner. They pull food in and keep it there.

Finally, the facial features and tongue are just for show. That creature is already as ugly as beating one's own mother without those, but they make the beast even scarier, driving would-be predators away.

Not the answer you're looking for? Browse other questions tagged creature-design xenobiology mythical-creatures or ask your own question.

16
Anatomically Correct: 4-legged sapient creatures (“centaurs” etc.)
5
What would happen to a high-pressure creature in a low-pressure atmosphere (50atm)?
15
Centauromorphs: Anatomical terminology for duplicate body regions/parts
5
What would the size constraints on my creature be?
8
Retractable Tusks?
6
Anatomically Correct Pinocchio
5
If mammals with paws were to evolve to have human hands or fingers what would their paws/pads look like if they still retain it?
0
Anatomically correct gremlin
1
Plausibility of Engulfer