Creating Language for a Comic

Does anybody have experience creating languages for the world they are creating? I am world building for a comic, and I am by no means a linguist. If I could avoid making an entirely new language I would, but because the story is visually communicated through the pages of a comic book, readers will have to see writing at some point (like in town squares, books, etc). My only concern is if I draw scribbles on a book, it may compromise the reader's suspension of belief. Any advice?

EDIT: The world I'm creating is arabian inspired. That means that it would make sense to create a language similar to arabic. Since I don't know how to read arabic, this can be somewhat of a challenge. I'm just wondering how I can get away with using a pseudo language based off of a language I can't even read in the first place.

There are a number of paths you can take, some of which may be easier than others while others may not get you where you want to go.

It sounds like this is not the way you want to go, but it is loads of fun!

Make a Language Sketch! This is just a step below the first option. Here, you're creating enough grammar and lexicon and example sentences that fans of your work could write simple in-world messages and bits of lore. They can also use that knowledge to decode whatever hidden gems you place in your work, be it road signs or billboards or whatever.

A good example of this kind of language invention in comics is Herge's Syldavian language in the Tintin series.

Make a Naming Language! A naming language is basically a list of (say, 100 or 200) highly important words & phrases that you plan on using in your work. If it's sword-n-sorcery fantasy, you probably won't have a word for starship, but you might have words for the various races of beings, curse words, expressions of surprise & anger, greetings, benedictions, and the like.

For the purposes of a visual work, even a naming language should be given its own writing system.

Do the Work Yourself! This may involve an amount of study in how languages work (grammar) and sound (phonology) and are written. There are print resources (Language Construction Kit & Create a Language Clinic) as well as online resources (Conlang List & CBB for example) readily available to help you undertake the task. Some are geared towards writers (probably what you're interested in) while some are aimed at the hobbyist. Constructed Languages Stack Exchange exists to help you if you go this route.

Hire Someone to Do the Work for You! Glossopoetry is an imaginative art. Making a good language is also a craft that takes practice and skill. If you think you can not or do not want to undertake that part of your project, you can consider extending a commission to a language inventor. This is how Dothraki got invented for Game of Thrones. The Language Creation Society exists, in part, to help connect people looking to have a bespoke language made with people who can make those languages. They can also help with questions of legalities, remuneration, properly crediting and so forth.

If you're not planning on using the language in the narrative, just in the background, you don't need to make a language, just design a few signs and labels. There's plenty of videogames and anime that do that. 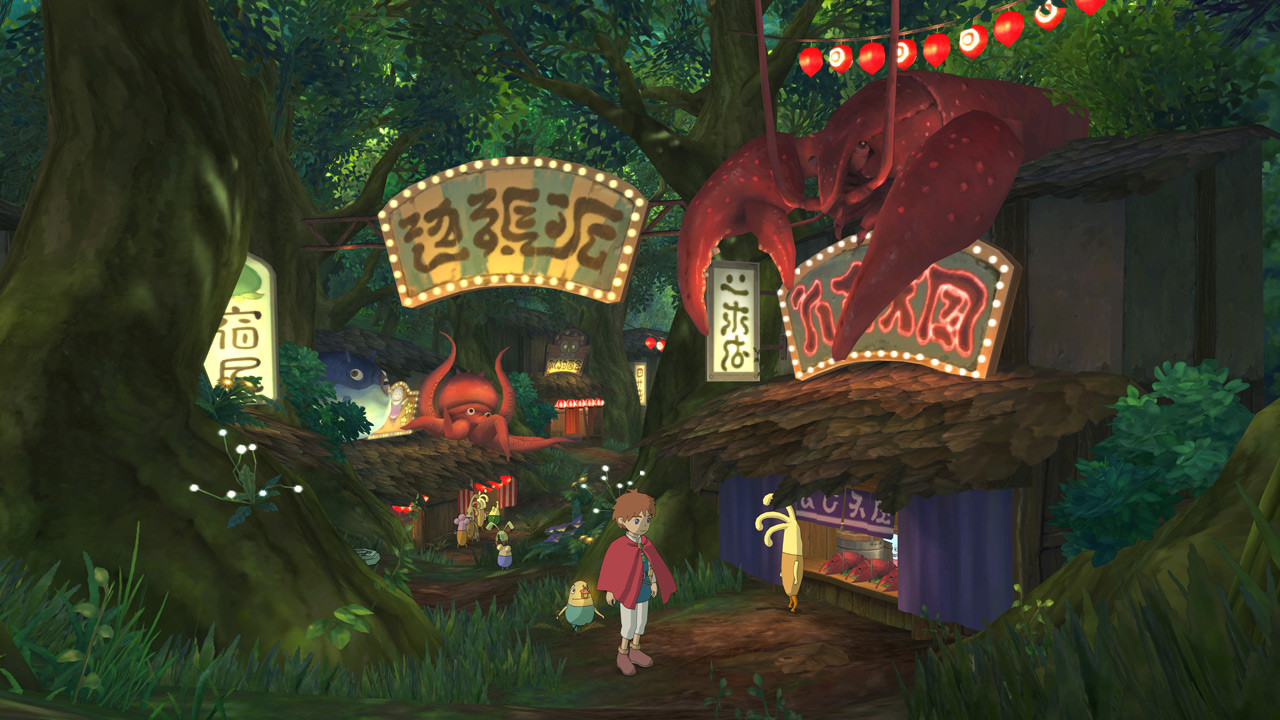 Ni No Kuni - Wrath of the White Witch

I've just started developing my own proto-languages to base my story's language development on. So take what I say with a pinch of salt.

If all you want is a different looking alphabet but you don't want to create actual new words and meanings etc, AND you want some sort of consistency other than just squiggles. I would recommend an abugida. It's mostly made up of syllable pairs, made up of a consonant and vowel combination. So, for example, a bu gi da. These languages can be written in latin squiggles or in their own native foreign looking squiggles.

Abugidas include the extensive Brahmic family of scripts of South and Southeast Asia, Semitic Ethiopic scripts, and Canadian Aboriginal syllabics (which are themselves based in part on Brahmic scripts).

You can then just break down your English or whatever language you are using into syllable pairs etc. And then translate into your new foreign looking alphabet.

It shouldn't make any sense in that foreign language, but it should look foreign.

You could use Amharic.

1: Region appropriate; supposedly Amharic is ancestral to Arabic and Hebrew. In an alternate timeline maybe it stayed.

3: It is in Google Translate which helps as regards making stuff up. Your text:

4: It is discrete characters. Not cursive (which is intimidating).

5: There are people who read Amharic so make sure what you write in their language makes them smile.

Not the answer you're looking for? Browse other questions tagged language conlang or ask your own question.

21
How alien can a language be - grammar?
62
Is there a more effective way to build a language than a word frequency list?
11
Roots When Creating A Language
12
What are some steps / guidelines for making a constructed language?
20
What are some tips for designing symbols for a constructed language?
8
What is (if any) the commonly accepted phonetic set for a fictitious language?
5
How Could A Very Complex Language Arise?
0
Basic/core vocabulary for a general-use fantasy language?