In modern times, public transport, whether it is buses, trains, or taxis, makes long-term travel more convenient. Also in that same world, there are winged humanoids capable of actual flying, with obviously long wingspans. Like birds and other flying animals, some tend to get tired after a long flight, especially if they were carrying items.

Say if they want to perch on the bus without trouble. But like people here, they need to pay to ride whatever they're on. Obviously they can't go bus-surfing all over the place, as that's illegal. So what could be a convenient way for the hypothetical winged humanoids to ride on the top of the bus while following the same rules as grounded people?

I have moved my entire household including cages with birds between cities. The birds do NOT stay on their perches. The motion of the vehicles is so unnatural and extreme that they hunker down on the bottom of their cages and weather the storm.

Granted, intelligence would help considerably. Obviously the wind whips branches around, but have you ever noticed trees moving visibly in the wind tend to be devoid of birds? Their claws really aren't built to handle the upside-down pendulum force of their bodies being whipped around.

In this case, your biggest problem is how to get them out of the bus without seriously inconveniencing other passengers. There may need to be rungs up the side of the bus (perhaps on the bottom of the hide-a-seat) that would let the birds climb to the open roof to stretch their wings and leap.

One last thing... while an imaginative engineer might figure out a way to let humans and really big birds cohabit the same coach space, in reality their needs are so very different that it's impractical to do it. In the end, you'd probably have busses and train cars dedicated to each species. After all, you'd be just barely inclined to forgive the fat, smelly dude taking the last open seat next to you, but the first time feathers brushed your hair or a wing smacked you on the head as the avioid soared into the air... you'd be complaining to your city council.

You place one flying humanoid that acts as a guard and enforcer. Then put a money funnel on the top of the bus. The funnel drops the coins into the proper receptacle. Alternatively, you could have the driver sit on the top rear of the bus much like how a firetruck is driven.

Your driver is here 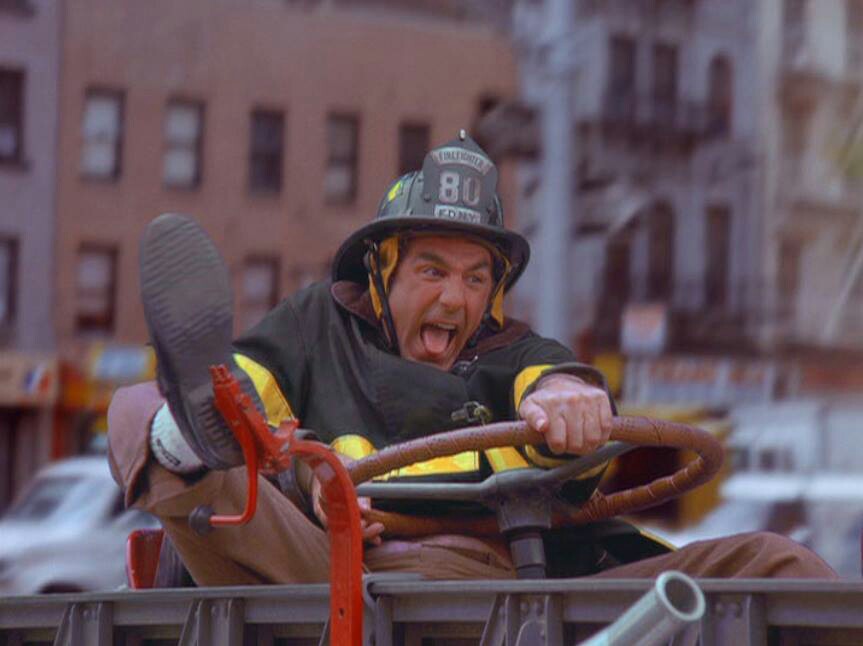 and someone tosses coins into here 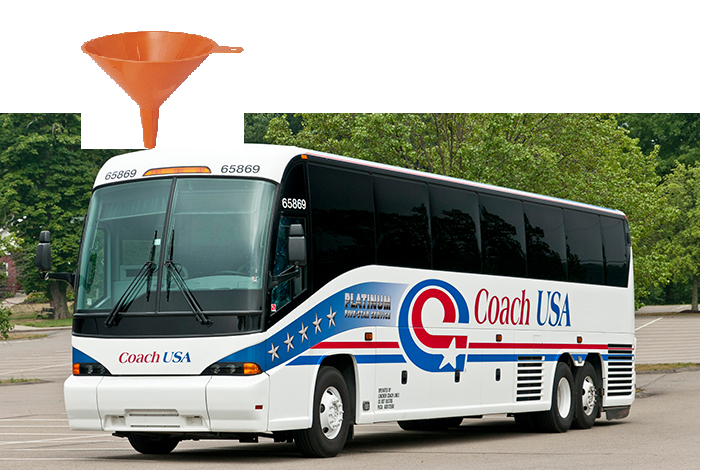 Have retractable perches that are only usable after a coin or token has been placed in a proper receptacle. Make it so that the perch retracts after a user has let go of it.

For expecting mothers, the elderly and the disabled, you may have structures that more closely resemble nests. Again, have a coin slot activate its usability. These might have a conversible cover that stays closed until payment is made, and remain open until a weight sensor lets it know the user has gone away.

This is one of those situations where complicated methods of enforcing payment before your hypothetical birdperson can perch on a bus probably cost significantly more than you would raise by simply operating an honour system. As it's very difficult to control the airspace around the top of a bus and therefore enforce access controls, you end up having to accept that you will just have to trust that people using the service will pay for it.

In London, we're all quite used to using prepaid Oyster cards or contactless credit/debit cards to pay for public transport as and when we board; a card reader somewhere on the top deck that an alighting birdperson can apply payment to and then perch would seem reasonable. We're also quite used to plainsclothes inspectors turning up on the bus and electronically checking your card to make sure it's made a valid payment for the journey you're on, which could be done by passing inspectors on the top deck as well - you don't actually need to employ too many inspectors, just enough that most people know there's enough of a chance of having their card checked that their risk-aversion kicks in.

If you want to try something radically different, it could even be that in this world, the difficulty of enforcing fair payment on this subset of the population has resulted in some different laws. It might be that all birdpersons are required to pay a special tax to cover their presumed use of the public transport services that ground-bound people don't have to - which may help to convey themes of racism and race-based discontent if such are meant to be present - or maybe, in a more egalitarian world, public transportation becomes entirely tax-funded, and is actually free at the point of use for everyone.

You could have the perches retract into the roof of the bus. In order to use a perch, the fly-guys would have to pay a fee. This could be done with an machine that extends a perch when a coin is inserted or the driver could be paid and extend a perch him/herself.

When the fly-guys gone as far as their fare will take them, the driver could retract the perch from under him/her. If they don't let go and fly away before that, they are pinned to the roof until they pay for more or the authorities come. For this to make sense, I'm assuming these dudes' have bird-like feet.

Not the answer you're looking for? Browse other questions tagged society fantasy-races transportation humanoid winged-humans or ask your own question.

9
How do sapient birds/theropods build their seats?
0
How could Giants sit in public transit?

26
Anatomically correct multiarmed humanoids
31
Aerial combat: winged humans
2
Winged Humanoid Physics
0
How could Giants sit in public transit?
4
Public Transit for Merfolk
7
Autumn/winter clothing for winged humanoids who try to stay out of sight
25
Would this winged human/angel be able to fly?