How could Giants sit in public transit?

An extension to another question about public transit and mythical humanoids.

In the same modern world as proposed, there are Giant humanoids with a decent population of 50,000,000 . But not in the sense of Robert Wadlow, who grew up almost up to 9 feet; but instead they average out 12 feet in height (some can be bigger, some can be smaller). 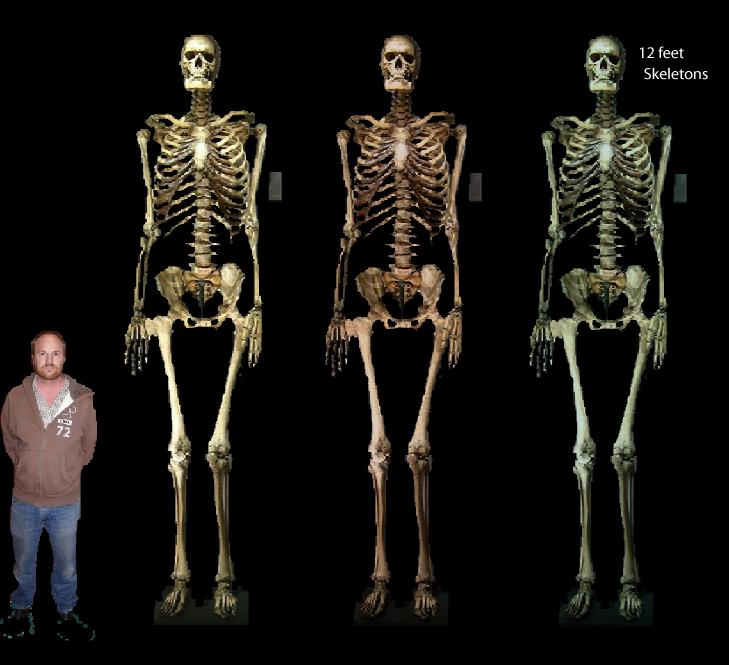 Edit: Since apparently people want more specifics of what kind of giants they need to know, I'm imagining they follow the top answer of here, with additional thicker arms and feet similar to elephant feet.

Considering that there are buses, trains, trams, and cars like our own, possibly slightly more advanced, what could be convenient enough for the giants to go about their lives on public transit?

Hmmm. It's hard for my mind to keep from imagining a bunch of giant go-carts on the highway, Mario Cart-style. More to the point, with most vehicles the design could be more-or-less the same as human cars, but with reduced space for passengers. An SUV-sized vehicle might only seat two giants (including the driver), for example. A giant family (re: a family of giants) might have to take a minimum of two cars when traveling anywhere.

I could imagine buses and subways having special seats dedicated to giants and charging giants an extra fee for the extra space. Because of that, I would imagine specialized taxis would be a lot more appealing for the Goliath on the go. Alternatively, maybe they have their own bus system or get picked up for work with flatbed trucks. I guess if would all depend of what percentage of the population are giants.

All of these have the issue of being expensive for the average giant consumer. Maybe only more prosperous giants move to cities? Or perhaps cities in this world cater to pedestrians more than our own cities. After all, with there massive stride length, a giant could probably walk at 6.0 mph without much effort. Just make sure the city planner puts the giant district right next to where giants work (docks? warehouses?). Maybe a giant could use a specially constructed bicycle/quadracyle.

I think this is more of an economics question, and the answer depends on how common giants are. Modern manufacturers design their products to accommodate the vast majority of their target market, in a one-size-fits-all approach. Think of this question: what would vehicles look like if many of us were hobbits?

50 million giants worldwide would probably end up rather marginalized. Perhaps one subway car per train would have the seats and bars ripped out for them. Niche small businesses would customize semi trucks for giants, and safety laws would limit how large a scrap metal motorcycle can get.

If giants are common enough, vehicle cabin sizes would get bigger, as would everything else. Train tracks, car lanes, and airport runways would be wider. Car doors and subway seats would have fold-out steps or ladders for wee humans to climb up, and safety features like seatbelts would have to be more flexible. Humans would be more comfortable in sub-compact cars, but they'd still have to scoot the seats way up to reach the pedals. Here, specifically sized products would only be common where necessary (e.g. clothes, chainsaw grips, tableware, door handles). Niche vehicle markets might be possible, but would necessitate special safety requirements: human-size motorcycles would have to be incredibly sturdy to meet crash safety ratings, proportionally huge bumpers, etc.

While this would finally make the Starbucks Venti size reasonable, I refuse to sit in a booster seat at restaurants. That's just degrading.

As a real-life "giant" in public transport, i would say that your giants would not fit in modern trains or buses without making them unwieldy or impractical to 'regular' humans

As an alternative to getting on the bus, i would suggest that your giants get on the bus: make seat cushions and foldable backrests on top of the reinforced) roof of the cars

Not the answer you're looking for? Browse other questions tagged fantasy-races transportation humanoid .

38
How to make a realistic 'giant'
9
Could winged humanoids perch on public transit?

10
Mass transit across the solar system
9
Could winged humanoids perch on public transit?
4
Public Transit for Merfolk
24
How to safely derail a train during transit?
8
Euro-American Maglev Railway - Transit without stopping
1
Transit time of varying mediums of sending messages
13
How could criminals make getaways in a world where public transportation is most common?
1
Genetic Plausibility of All-Male Half Giants and All-Female Witches
8
How could Giants hunt?
6
How would a medieval society treat and view Giants?