How would SSTO aircraft affect warfare?

In my world, an engine very similar to the SABRE engine has been made. Along with it is the development of WEAV propulsion systems.

The SABRE engine is a hybrid between a hypersonic jet engine and a rocket engine. It uses the jet configuration to get to high atmosphere, and then uses the rocket configuration to propel it into space. It has a speed of mach 5.4 in jet mode, and mach 25 in rocket mode.

WEAV propulsion systems are systems using electrolodes on the hull of the craft to vaporize the surrounding air into plasma and then using a magnetic field to manipulate the plasma so that it pushes air away from the craft generating lift and thrust with no moving parts.

What I'm envisioning is a craft that takes off VTOL style with the WEAV. Uses the jet to reach high altitude, and then blasts into space with the rocket.

This sort of engine would not be at all useful on a fighter, but would make a really nifty bomber.

A fighter needs agility more than anything, and flying at Mach 10 or 20 gives you just the opposite. A really, really fast fighter would be nearly invulnerable (like the SR-71 it could just fly away from air-to-air or ground-to-air missiles), but its turning radius would be many counties wide and its ability to dogfight nil. (Unless it slowed down enough that it's fancy engine was grossly inefficient. So still nil.)

OTOH, as a bomber, it could fly just about any trajectory you wanted -- in air, in space, straight lines, curved lines, whatever -- and get to anywhere on Earth in about 45 minutes while under perfect command control. There's no known defense against something flying so fast and so high.

(There are rumors of an Aurora bomber produced in prototype in the 80s that could do Mach 5. The rumors are probably false, but were plausible enough to be reported in trade journals like Aviation Week. Speed is a bomber's friend.)

The primary advantage of such a craft is getting from point A to point B very quickly indeed (orbital velocity is Mach 25), but as many people have pointed out the vehicle moving at that velocity is essentially travelling in a straight line. You can manoeuvre, but it will be both costly in energy, time and space.

So the actual function of the vehicle will be as a carrier platform. A target is identified, and the the vehicle is dispatched. Over the target area (or in international airspace, depending on the scenario), UAV's and UCAVs are dispensed, which slow down to operational speeds and then carry out the mission. Alternatively, projectiles resembling darts are released and coast to the targets at @25 times the speed of sound. To put that in a bit of perspective, the jet of molten metal projected by a HEAT charge is also moving at Mach 25, and that few ounces of metal can penetrate heavy armour and destroy a tank or bunker.

While no hypersonic dispensing of weapons or vehicles has been demonstrated yet, it is an extension of dispensing UAV's at high speeds, as demonstrated by F-18 fighters. Without doing too much handwaving, it can be assumed the weapons and UAV's are designed to withstand the ejection at speed, and rapidly orient themselves to the target once clear of the plasma sheath of the carrier vehicle. 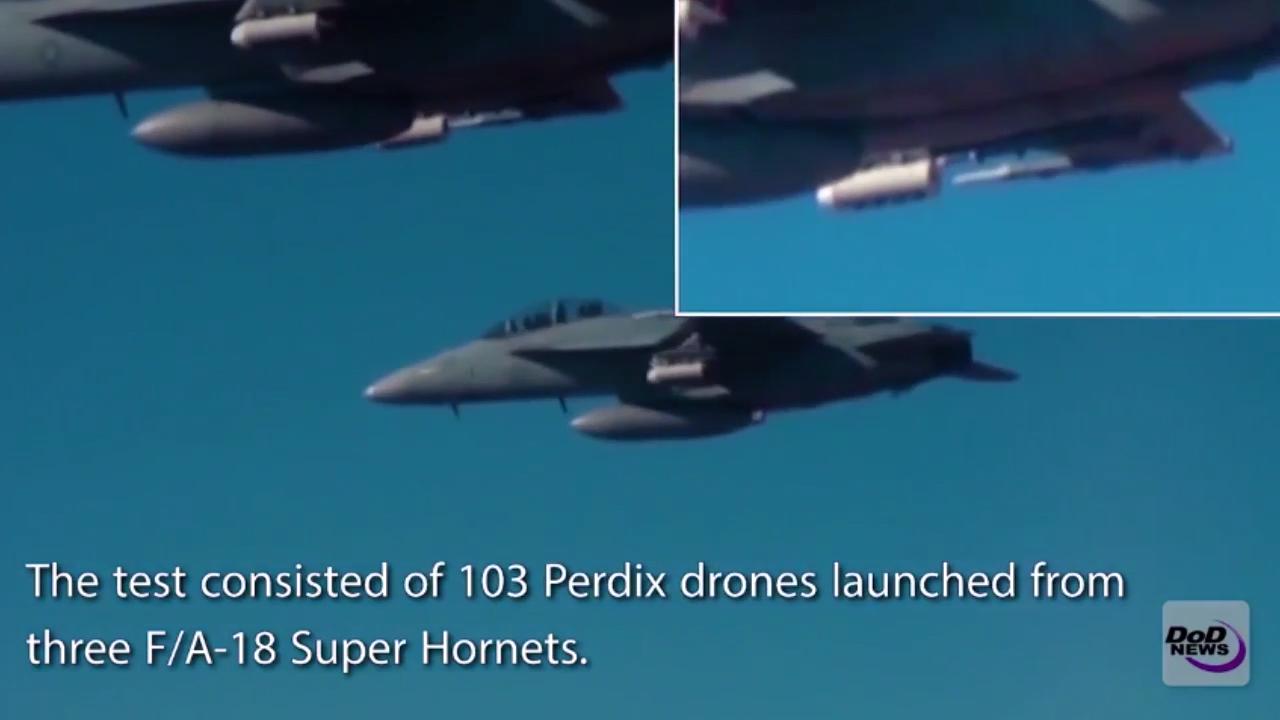 Perdix deployment from an F-18

The plasma sheath represents both a cost (the vehicle will be highly visible once in the atmosphere) and an opportunity (the sheath is proof against both radio waves and lasers, providing defence against hacking and a whole class of directed energy weapons).

The final issue is what form factor would work best for such a vehicle? I would suggest a "wave rider", which "surfs" on its own supersonic shockwave, providing a much more efficient use of energy, and can carry the dispensed weapons or UAV's on the top surface, which is largely clear of the effects of hypersonic flight (the shockwaves are trapped beneath the vehicle) 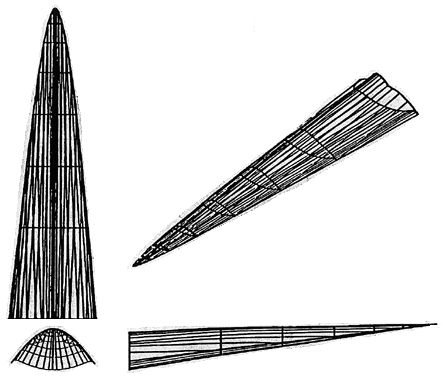 Possible design for a Mach 25 Waverider

So an SSTO craft would serve most effectively as a carrier and dispenser of the actual combat vehicles into the target area.

What you envision is fighter jets that would be able to travel in space.

There is a huge problem with that.

One thing that rockets need is an oxidizer. SABRE is awesome in that, while within the atmosphere, it can use the freely available O2 for that (hence its "air-breathing" aspect). It can switch to onboard stored oxidizer when needed (i.e.: too high in the atmosphere, or in space).

While in space, though, your fighter needs to bring its own oxidizer, which adds weight to the craft. It also needs A LOT of oxidizer in order to maneuver. That will make them much larger and heavier.

The Lockheed Martin F-22A when loaded, can weight up to approximately 29.5 tons. Of that, nearly 10 tons are going to be in payload. It is designed for speed and combat.

Now compare with the Space Shuttle, which weights 78 tons when empty, and can take a payload of 27 tons to a low earth orbit. But in order to to that, it needs the help of a 756 tons external tank, and two solid-fuel rocket boosters which weight 571 tons each.

Supposing you'd wish your fighters to have the same autonomy in space as the space shuttle, they would need a launch setup similar to that of the Shuttle, albeit smaller and lighter. But the launch would still involve boosters and probably external tanks with weights ranging in the hundreds of tons.

The alternative is not giving the fighters any oxidizer at all, or no more than a handful tons... They could do short incursions into the upper atmosphere on suborbital paths, like the North American X-15 did in the 60's. This does not seem very useful in warfare, otherwise this design would be commonplace. Compare with F-15, F-22 and F-117, none of which is designed for space flight.

Assuming that it works as you envision (see the answer by Renan), you'd get the ability to go to low earth orbit from anywhere in the world.

On top of that, commercial use of space would skyrocket (pun intended). That means more infrastructure in low orbit, more industry, more activity to hide military assets. With more activity in LEO, there would be fueling and transfer stations to go to GEO. Orbital fighters and battleships?

From that it might become feasible to go to the asteroids, bring back metals and other materials for use in orbit. The sky is your limit.

Not the answer you're looking for? Browse other questions tagged science-based warfare space-travel aircraft space-combat or ask your own question.