I am trying to design my main character in my post-apocalyptic series to have a very dense, organic, durable skeleton. The skeleton should also be able to handle gun fire, a sledge hammer impact, as well as gamma rays (and other ionizing radiation).

My idea was to have an osmium, iron, and carbon nanotubes structure organically woven to get him to make a dense, durable, armor that can handle a lot of kinetic energy, like machine gun fire. The character already has very strong muscles and padding around the organs. Does this seem realistic, or is there a better way to go about this?

Where she gets the osmium isn't important; just applying it to her biochemistry is.

@Slarty is right. Osmium is poisonous. So that is your answer.

But here is a way to achieve what you want: you want something that can be in bones and is crazy dense. Elements in the periodic table below calcium can mimic calcium, and they turn up in bones. Strontium can mimic calcium in bones and some people take it as a supplement to prevent osteoporosis. Radium is also treated as calcium by the body and winds up in the bones where its radioactivity causes trouble.

What if there were a superheavy element which was also treated by the body as calcium? It is theorized that an island of stability exists above atomic number 120, at which point elements once again are stable. 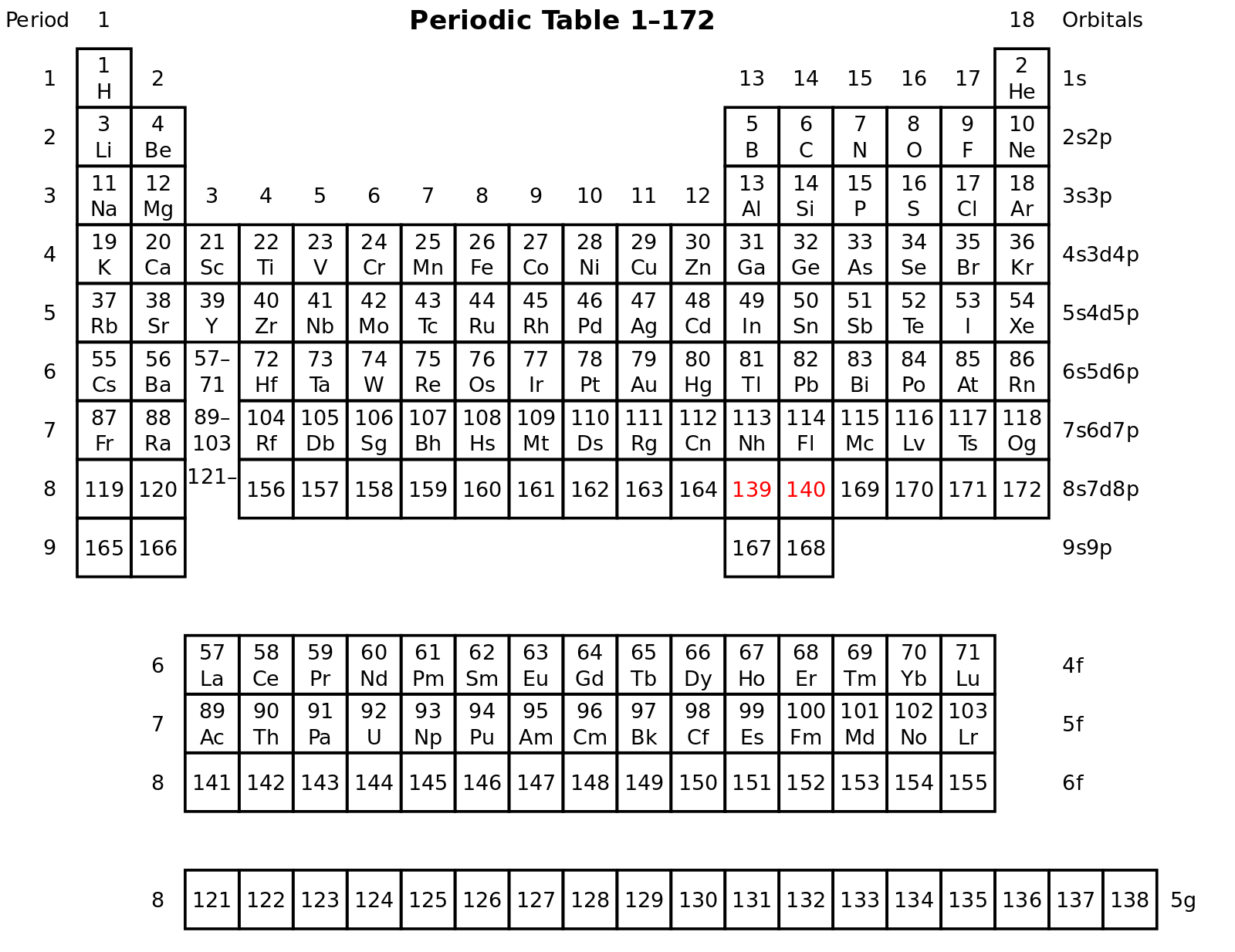 So: your hero has bones made superdense with element 166 in place of calcium: more than twice as dense as osmium.

There exists a condition called osteopath cutis: those interested can google up these medical images. Lesions start as skin inflammation and then ossify, forming plaques of normal bone within the skin. Your heroine can have these all over her. She will not be that cute, but a plaque of superdense bone could stop a bullet, and then heal if it were cracked.

Sludge hammers I am not sure about. But I am very enthusiastic about them.

Strength: look at Mantis Shrimp clubs. They're lightweight and much stronger than osmium - or titanium steel for that matter. And they're organic. No problems in harvesting osmium, no need of drastically changing the metabolism to survive osmium toxicity.

For significant gamma ray protection, you'd need way too much osmium; better do this another way, through redundancy and cellular repair mechanisms. Deinococcus radiodurans is able to sustain with no damage a radiation dose one thousand times lethal for humans.

Which means that adding Deinococcus repair mechanism to your creature would gift it with the same raw radiation resistance as an osmium carapace 1/3" inch thick (the values in the link are for X-rays, but the attenuation curve is not too different from gamma), with next to no weight increase. As CJ Dennis pointed out, this does not translate to the same resistance as a bacterium (a vertebrate has lots more DNA that can be damaged, even if information density is lower, which contributes to the resistance: humans have around 20,000 genes against Deinococcus' 3195), because part of that resistance is obtained through multiple copies of the genome, which can't be easily afforded by higher organisms. Even so, the DNA-repair mechanism is believed to be responsible for the greater part of the high-intensity radiation resistance, which would make a 200x increase in radiation resistance at least believable at first glance.

A DNA repair mechanism would also have the benefit of making all internal organs resistant to radiation, not just the bone marrow.

You can also add a thick water and fat layer as an added shielding (and energy reserve).

Another useful mechanism would be a (possibly on-demand, as it is biologically expensive) production of antioxidants. This might be indirectly a danger to your creature, if e.g. its blood came to be regarded as a long-life elixir.

There is also the possibility of a passive defense, by allowing the creature to feel radioactivity. Humans can sense radiation only very roughly by detecting the chemical species generated by ionizing radiation (this has been variedly described as a "dry, metallic taste", a "sour taste in the mouth" or an "acrid smell") - and then there's phosphenes. Normally, though, the dose required to have a detectable and reliable effect on the taste buds is high enough to be lethal (Rutherford claimed he could tell isotopes by smell, and he did not drop dead when doing so, but that claim might well be apocryphal).

A higher (photo-)chemical sensitivity and a specialized organ - a sort of third eye, heavily screened except from a single direction - would allow the creature to sense radiation precisely enough to actively avoid the worst areas, or wiggle a safe path between contaminated areas: gamma contamination isn't really ubiquitous, but it follows the chemical contamination of its originating isotopes. That's why, for example, some kinds of contamination are associated with thyroid cancer - because their main isotope is 131I, which is chemically identical to stable iodium, and as such is accumulated in the thyroid. Whatever sluices off iodium will also get rid of most of its associated gamma and beta radiation.

A biologically more complicated defense would involve an even more detailed detection of the source isotopes. Biologically irrelevant ones could be kelated and quickly disposed of, while those biologically relevant could be defended against by adaptive metabolism: e.g., the creature builds up calcium reserves, and when it detects a 90Sr contamination it stops absorbing calcium from food, living off its reserves. This way, the normal strontium contamination pathway - it gets picked and fixed in the bones by osteoblast cells, that mistake it for calcium - is negated. Such a detailed defense would almost have to be engineered in, though. Also, some substances (e.g. 14C - rich carbon dioxide, as well as oxygen and nitrogen isotopes) still could not be shielded against.

Stem cell production could help somewhat, but it would require a specialized, shielded organ to churn out totipotent stem cells; otherwise, each organ would have to produce its own line of specialized (or at most pluripotent) stem cells, which would require shielding almost everywhere.

First, just because an element shares the same ionic charge with other elements does not mean it can be swapped out in a molecule and it retain the same properties or take on the properties of the replaced element. Atomic mass does have an effect or molecular properties.

For example let us look at the humble Abalone

Its shell is bulletproof. Its shell is made of Calcium Carbonate crystals (calcium, carbon, and oxygen) glued together with a protein (Possible elements being: K, N, O, H, C, Ca).

In other words a slimy undersea mollusk managed to make a material stronger, thinner, and lighter than solid iron. Using nothing more than common elements.

Spider silk is another example. It is produced by weaving long protein chains together into a thread which we can weave into a T-shirt which can catch a bullet.

Can you shove osmium into an exoskeletal structure? sure, but is it practical? probably not.

what about the gamma rays?

Technically, not even osmium armor can protect you from strong enough gamma rays. Like lead and radiation it only curves the exposure dependent on its thickness.

No. Osmium cannot replace Calcium
Osmium tetra oxide is highly poisonous, so you would have to rearrange human biology to avoid that issue. Nanotubes made of Osmium, carbon and iron don’t sound very likely either. I think you are trying to fit too much functionality into this exoskeleton. It would be much easier to use magic and be done with it.

6
How do I create a societal collapse with ruins, while the tech can make Ridiculously Human Military Androids?
23
Can you replace a sun with a burning moon?
11
What metals other than calcium can be used to create alien bones that won't also engender a human-toxic environment?
10
Relativistic Interstellar Combat
5
Can you combine chromatophores with exoskeleton
5
Can I make a wind tunnel with portals?
10
Can a long retractable neck work with an exoskeleton?